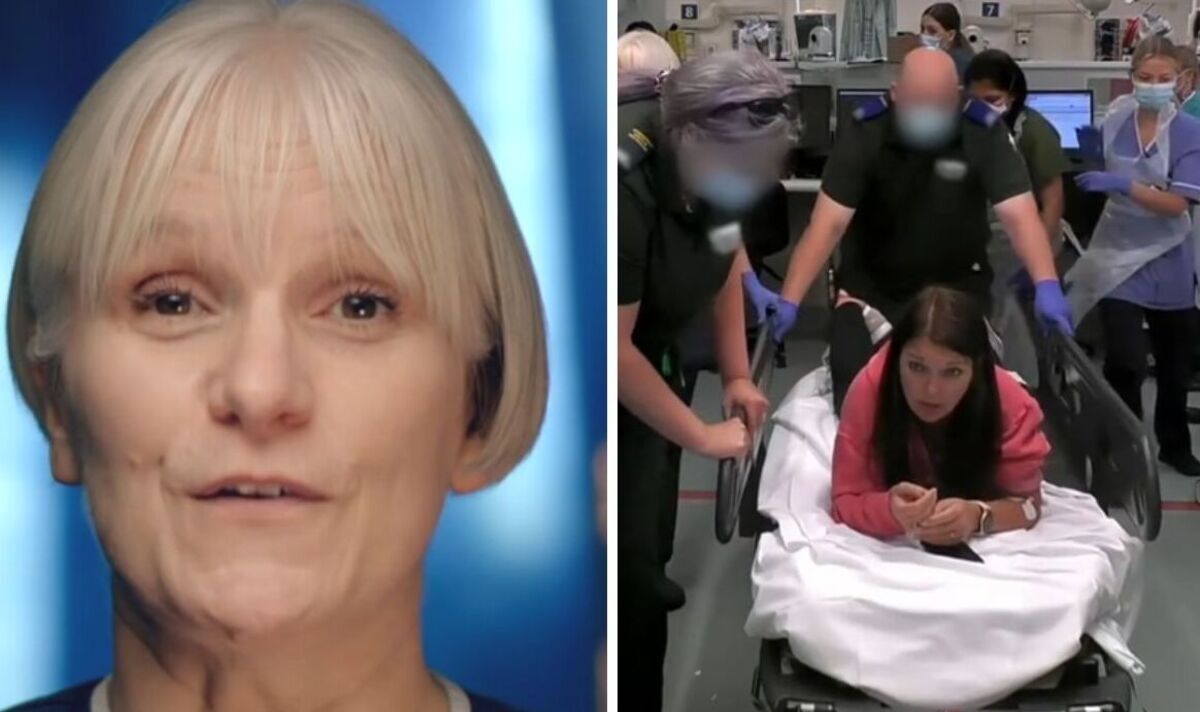 The Channel 4 programme returned on Tuesday night and saw 45-year-old Kirsty being rushed to Queen’s Medical Centre in Nottingham after dislocating her ankle during a charity fun run. Because the nurses and doctors rushed to Kirsty’s aid, viewers struggled to look at after her ankle “was hanging on by a thread”.

Graphic warning: Some may find the photographs and details distressing

As she lay on the hospital bed, Kirsty said: “I just need something to knock me out.”

‘Kirsty, we’re going to maneuver you and get you something strong for pain relief my darling,” the nurse replied as they tried to comfort her.

As they wheeled Kirsty to a different room, the doctor rushed to her side to offer her pain relief.

“Kirsty, I’m Anna one among the doctors,” she said before adding: “I’m going to be taking care of you today.

READ MORE: Camilla Tominey shuts down This Morning host in probe over Harry

“I’m supplying you with some drugs now. This medicine here is unbelievable I promise you.”

Nevertheless, things took a turn when the doctors and nurses tried to spin Kirsty on her side.

“Kirsty, I want you to remain nice and still for us,” the doctor warned.

Although, it got a bit an excessive amount of for Kirsty and he or she ended up lashing out at Anna, leading to a punch to the face.

While Chloe added: “#24hoursinaande the beginning of this episode, that injury is horrific an ankle hanging by a thread that poor woman.” (sic)

“And he or she said she lost her trainer. Little doubt as high as kite. I might have amputated from the neck right down to do away with that. B****y awful. Glad she’s on the mend.” (sic)