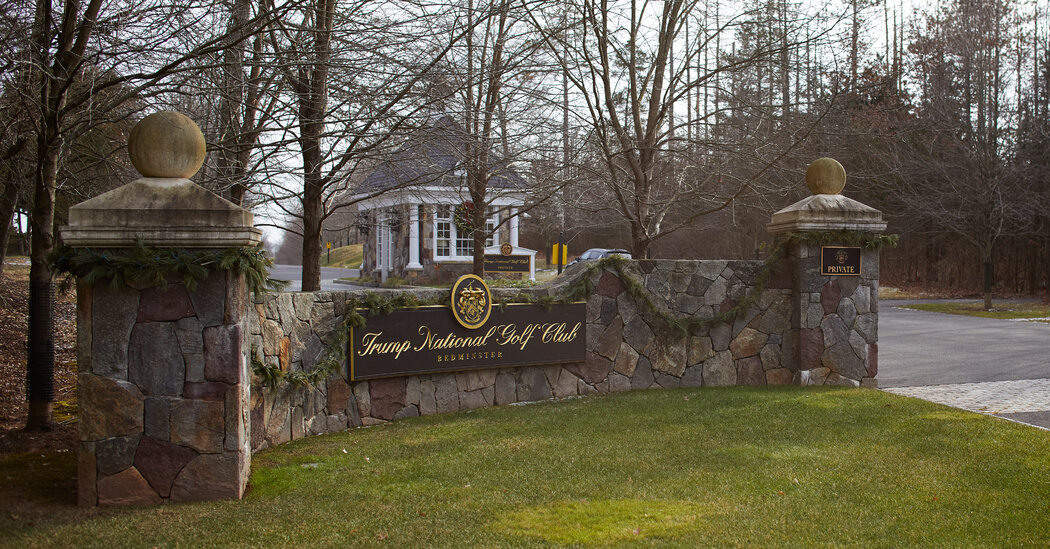 In a letter dated Sunday, members of the group 9/11 Justice asked to satisfy with Mr. Trump and urged him to not host the event, set for July 29 to 31, noting that Mr. Trump has blamed Saudi Arabia for the attack.

“We simply cannot understand how you could possibly agree to simply accept money from the Kingdom of Saudi Arabia’s golf league to host their tournament at your golf course, and to accomplish that within the shadows of ground zero in Latest Jersey, which lost over 700 residents through the attacks,” they wrote within the letter.

“It is meaningless to us that a former president of the US would solid our family members aside for private financial gain,” they wrote to Mr. Trump, who is predicted to run for president again in 2024. “We hope you’ll reconsider your small business relationship with the Saudi golf league and can conform to meet with us.”

Within the letter, the group noted that Mr. Trump told Fox News in February 2016: “Who blew up the World Trade Center? It wasn’t the Iraqis. It was Saudi. Take a take a look at Saudi Arabia.” He went on to say: “The people got here, the general public got here from Saudi Arabia. They didn’t come from Iraq.”

On Sunday night, Brett Eagleson, the president of 9/11 Justice, said he emailed the letter to a Trump aide within the afternoon and had not received a response.

Mr. Eagleson, who was 15 when his father died on Sept. 11, said the stakes here were clear. It’s “allowing the Saudis to literally get away with murder if this golf tournament is allowed to proceed,” he said in an interview.

“It just sends a message that with the precise sum of money, you may make people ignore anything,” he said, adding, “If anyone knows the extent of the Saudi role in 9/11, it’s Trump.”

Messages left at Mr. Trump’s club in Bedminster, and with a spokesman for Mr. Trump, were also not immediately answered.

The Saudi-sponsored golf league is an element of a campaign by the Saudi crown prince, Mohammed bin Salman, to refresh the dominion’s image within the eyes of the world.

The person who defeated Mr. Trump in 2020, President Biden, has recently faced criticism for his own connection to Saudi Arabia. Last week during a Middle East trip, Mr. Biden fist-bumped Prince Mohammed, who was judged responsible by the C.I.A. for the 2018 killing of the Washington Post journalist Jamal Khashoggi.

Mr. Biden said he confronted Prince Mohammed concerning the killing during a closed-door meeting with him; Saudi officials contradicted his account.