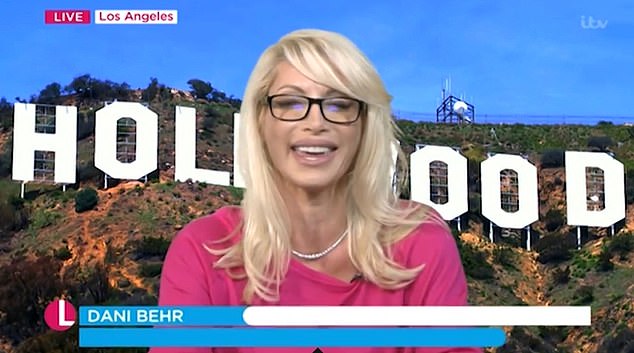 ‘I’d never have recognised her’: 90s TV star and lads’ mags favourite Dani Behr, 52, stuns viewers as she shows off her Hollywood makeover on Lorraine

By Rebecca Davison for MailOnline

She’s perhaps best known for being a TV presenter who starred on The Word and The Big Breakfast within the 90s, during which period she was a lads’ magazine favourite.

And viewers were stunned when Dani Behr, 52, appeared on Lorraine on Tuesday morning, showing off her glam Hollywood makeover.

Dani spoke to Christine Lampard, 43, who’s filling in for Lorraine, 62, live from Los Angeles where she now lives, to present the most recent Hollywood gossip.

‘I’d never have recognised her’: 90s TV star and lads’ mags favourite Dani Behr, 52, stunned viewers as she showed off her Hollywood makeover on Lorraine

She filled viewers in on the recent Jennifer Lopez and Ben Affleck wedding, Harry Styles’ Rolling Stone cover  and spoke about LA mansions which are currently on the market.

Dani was sporting her trademark blonde hair and thick-rimmed glasses and a pink top as she filled in for Ross King.

Viewers tweeted to say that they couldn’t consider how unrecognisable she looked.

They wrote: ‘That’s The Big Breakfast’s Dani Behr?! I’d never have recognised her apart from her voice. #lorraine.’ 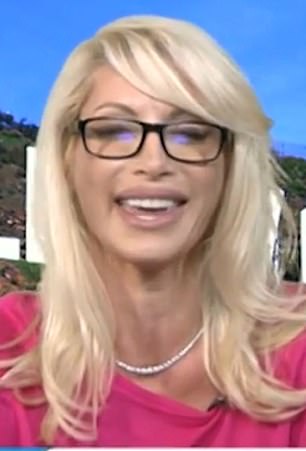 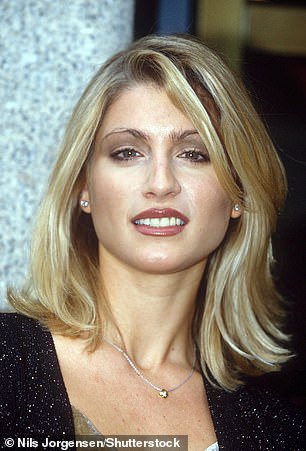 ‘That is Dani Behr. #Lorraine’ together with some shocked face emojis.

‘Dani Behr has had some work #lorraine #gmb #ITV.’

Mother-of-two Dani relocated to LA around a decade ago and in 2014 revealed her marriage to restaurateur Carl Harwin was over. 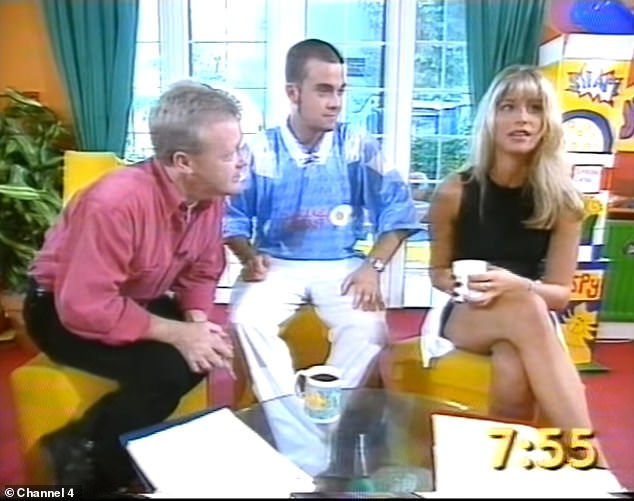 Egg-cellent times: Dani pictured with the late Keith Chegwin (left) and Robbie Williams (centre) on The Big Breakfast in 1995

She told Hello! on the time: ‘We were married for nearly nine years and we would been growing apart for a while.

‘We moved to Costa Rica and Australia and, as Carl works such crazy hours – he’d often get home at 11pm and leave before the children and I woke up the following morning.

‘It was very isolating. I used to be like a single parent from the start.’

The stunner also presented game show Ice Warriors and was a contestant on I’m A Celebrity… Get Me Out Of Here! in 2008.

Stunner: The stunning blonde would commonly feature of the front cover of lads’ mags just like the Maxim