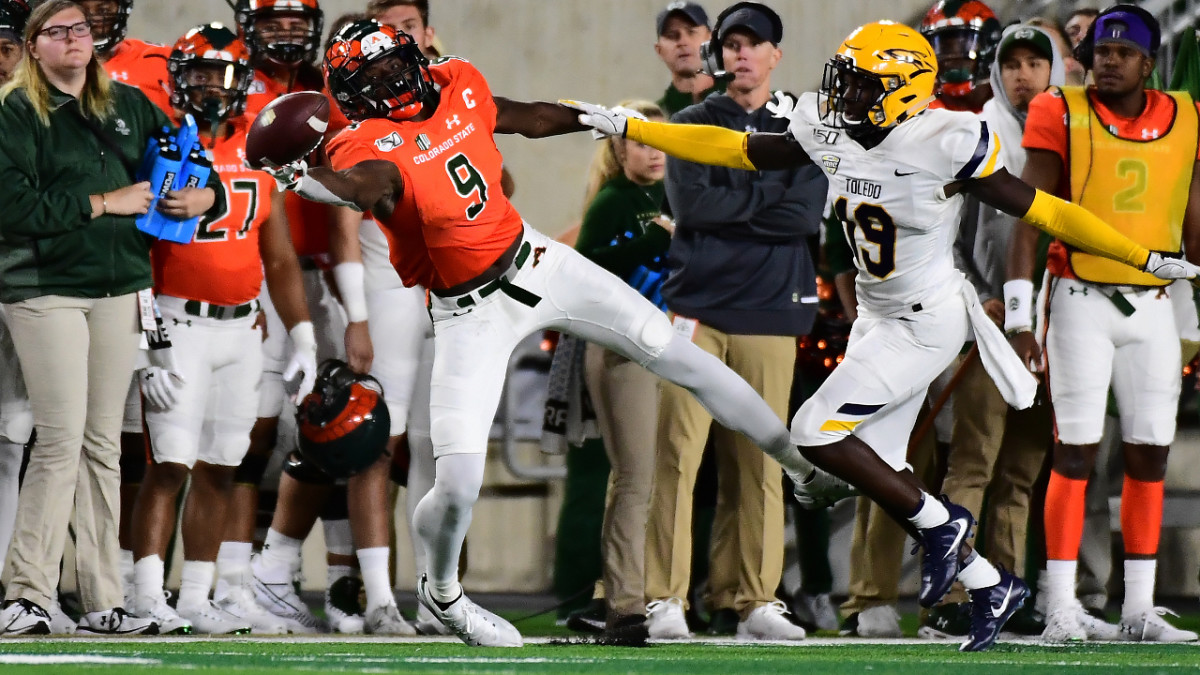 CROCKER: “One, he looks much greater than 5’9″, which is weird. It is perhaps attributed to his long arms. He has almost 32-inch arms, so possibly that makes him look taller. He looks more like 5’11” than 5’9″. And I feel he plays like that. You see his size and you think that he’s a smaller guy, he will play within the slot, but I saw someone who plays like an out of doors cornerback, which is just not a foul thing. I didn’t see super quick twitch, but I did see good ball skills, and his numbers reflect that by way of pass deflections. I feel he led the conference three straight years in passes defensed. That is big time. That is showing that on the very least this guy is in position to make a play on the ball. And more times than not, he’s making the play. That is awesome. I saw one play when he had an interception over his shoulder on a vertical route — that was good.

“It was interesting watching him. I could not find an entire lot of film of him, but overall I saw more of an out of doors guy than a nickel, and that is to not say he cannot play nickel, I used to be just expecting to see something different due to how he was sold to me when the 49ers made that pick. I believed he was presupposed to be K’Waun Williams’ alternative. Once I watch him, I see a legit outside cornerback.”

Watch the total breakdown below.