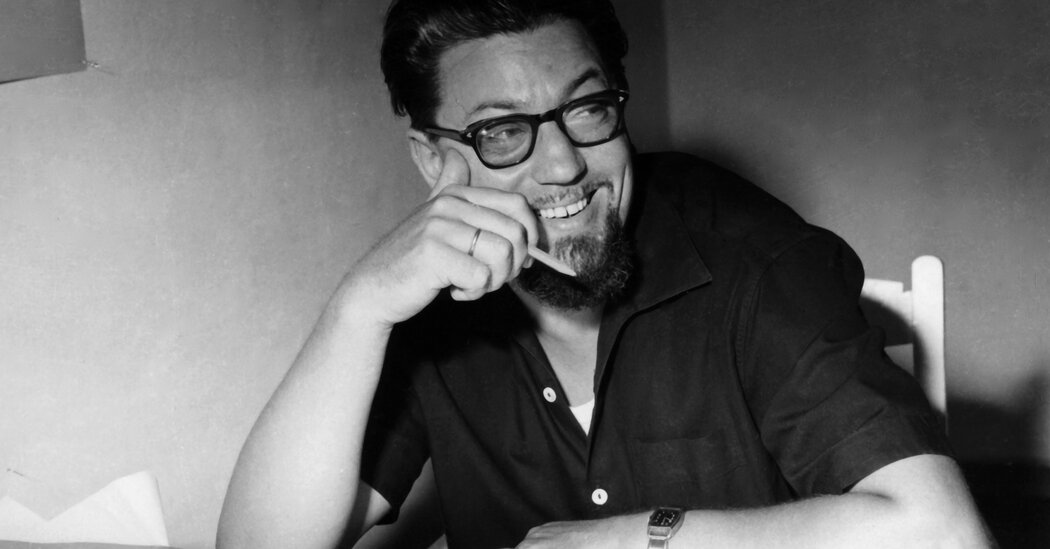 For devotees of fiendish musical modernism, Bernd Alois Zimmermann was one in all the twentieth century’s most notorious — and at times elusive — composers.

Born in Germany in 1918, he was among the many generation of musical prodigies whose early studies were waylaid after which fully interrupted by the rise of the Nazi party, which drafted Zimmermann into service on each the eastern and western fronts of World War II. Yet after his discharge in 1942, the composer quickly resumed the form of polymathic, globally curious aesthetic that the Third Reich had sought to stamp out of German music academies.

By the Nineteen Fifties, when he had grow to be a component of the postwar German avant-garde, Zimmermann also declared his interest in Brazilian moods of saudade, American boogie-woogie, in addition to the similarly eclectic music of French composers like Darius Milhaud. Such catholic tastes put the composer at odds with self-appointed priests of the avant-garde like Karlheinz Stockhausen and Pierre Boulez.

Yet just as Zimmermann was coming into his full aesthetic maturity — with towering, forbidding works like “Die Soldaten” (the opera that appeared to dramatize his lingering wartime agonies) and “Requiem for a Young Poet” — he succumbed to depression and died by suicide in 1970, at age 52.

But was that your entire story? This familiar capsule biography is supported by loads of facts: “Die Soldaten,” long reputed to be “un-performable,” does require a fantastically large orchestra playing dense, twelve-tone music. And it also needs a staging that may accommodate near-simultaneous narrative flashbacks and flash-forwards. In 2008, a traveling production landed on the Park Avenue Armory in Latest York. (There, the director David Pountney dragged seated audiences from side to side, between all of Zimmermann’s discrete scenic zones, because of makeshift risers hoisted on rails.)

It was an unforgettable scene — and a critical success. Subsequent productions of “Soldaten,” at the Salzburg Festival and Zurich Opera, appeared to ratify this official understanding of the composer as a gnarly and tragic visionary, full stop. Writing for The Latest York Times on the occasion of Zimmermann’s centennial in 2018, the musicologist and critic Mark Berry said of this final act in his life: “Family notwithstanding, his life had been lonely, and have become lonelier; his work dark, and have become darker.”

But what about earlier a long time? Berry also noted that Zimmermann’s broader musical story was “more complicated, contested and interesting” than partisans of assorted musical debates preferred to acknowledge. And yet polished musical documentation of that complex history has remained hard to access, until now.

A recent three-CD set titled “Zimmermann: Recomposed,” on the German Wergo label, is among the many standout releases of 2022, precisely since it backs up this more expansive view of the artist. Because of vivacious performances from the conductor (and oboist) Heinz Holliger and the WDR Symphony Orchestra Cologne, we will now appreciate something we’ve rarely seen — namely, a Zimmermann who smiles.

The venue for his good humor was the radio. Before Zimmermann could make a living together with his own works, he brought his orchestrator’s skill to varied groups — including light orchestras and pops ensembles — that populated West Germany’s airwaves within the late Nineteen Forties and early ’50s. This work has scarcely been heard since Zimmermann accomplished it. But what work it was (and stays)! Across the three CDs yow will discover witty, sparkling transcriptions of Villa-Lobos and Milhaud, and of Rachmaninoff and Mussorgsky — and far else, too.

Better of all, this material is commonly recognizably Zimmermann-like in nature. Little or no of it gives the look of grudging work for hire. As an alternative, the identical orchestrator’s intelligence that is obvious within the densest moments of “Die Soldaten” shows up for duty here. And its owner is commonly clearly having a ball.

To take one example, the French chanson “Maman, dites-moi,” a staple of midcentury Met Opera stars just like the soprano Bidu Sayao. On the primary CD of Wergo’s set, you may hearken to what Zimmermann did with it back in 1950: By including the surprising, brittle sound of the harpsichord inside his orchestra, the composer lends a recent edge to the tune’s nervy questioning of the mother figure. Yet it’s still plenty sumptuous, because of Zimmermann’s work with harp, celesta and winds. (The soprano Sarah Wegener also excels on this take.)

Later, within the Nineteen Sixties, when Zimmermann was working with a jazz quintet on improvisations based on his theatrical music, he would again employ similarly wiry keyboard attacks. (That material should get a reissue from Wergo down the road.)

But on this earlier era of his radio work, the density of Zimmermann’s orchestral textures pushes the envelope, yet never goes up to now that a lay listener may be moved to tug the plug out of the wall. When the composer allows himself volleys of brash percussive playing — say, near the center of a three-minute orchestration of Milhaud — the explosion is really temporary, yet no less powerful for that focused expression.

Repeatedly across these recent CDs, that balance makes for ravishing listening. Also in 1950, Zimmermann took Rachmaninoff’s “Romanze,” from the youthful Morceaux de salon, and re-envisioned it as a suave saxophone-and-orchestra miniature. (Find it on the second of Wergo’s recent CDs.) Much more impressive is his translation of Rachmaninoff’s “Humoresque” (from the identical series) right into a Concertino for piano and orchestra; Wergo bills it as a Zimmermann original, modeled “after” the Russian composer’s example.

Within the liner notes, Holliger, speaking of Zimmermann, makes the claim that “every part he did for the radio laid the muse for his later work.” Together with the present WDR orchestra, Holliger proves this by taking over a number of of Zimmerman’s original pieces as well, demonstrating for us how these radio transcriptions were greater than mere outliers.

Each disc within the set opens and closes with the composer’s own material, before sliding out and in of the adaptations. These performances are equally revealing. The “Caboclo” movement of Zimmermann’s Brazil-influenced “Alagoana” — with its three superimposed dances — has never more closely recalled the music of “Die Soldaten” than it does here. However it still retains the direct, singing quality that after made it attractive to the conductor Ferenc Fricsay.

And Zimmermann’s other theatrical and balletic music — including “Un petit rien” and “Souvenir d’ancien balet” — has rarely sounded as light on its feet because it does on these discs. Holliger and the WDR players have real affection for the fabric, and for the fuller portrait it affords us of an artist too often described as unremittingly bleak in his outlook. But by the third CD, when Zimmermann has left day-to-day orchestration work behind, you may clearly hear how the once-parallel paths in Zimmermann’s creative life have diverged for good.

“Apparently it was unattainable for him to work in isolation. He needed to be surrounded by people he trusted,” Holliger says within the interview included in Wergo’s CD set. The conductor then goes on to explain the profusion of music (and musicians) that passed through the radio offices while the composer worked there. When reading between the conductor’s lines here, it’s easy to assume an alternate reality — one wherein Zimmermann stayed on longer on the radio gig with its social environment, while perhaps managing to steer away from the depressive isolation of his final years.

Yet the music Zimmermann actually managed to make during these a long time can, in all its voluptuous weirdness, prove much more inspiring than well-intentioned speculation. Liberated from the West German radio archives, this material is the perfect form of music-history corrective — the type that’s a blast to listen to.