A Pizza Pilgrimage to Campania 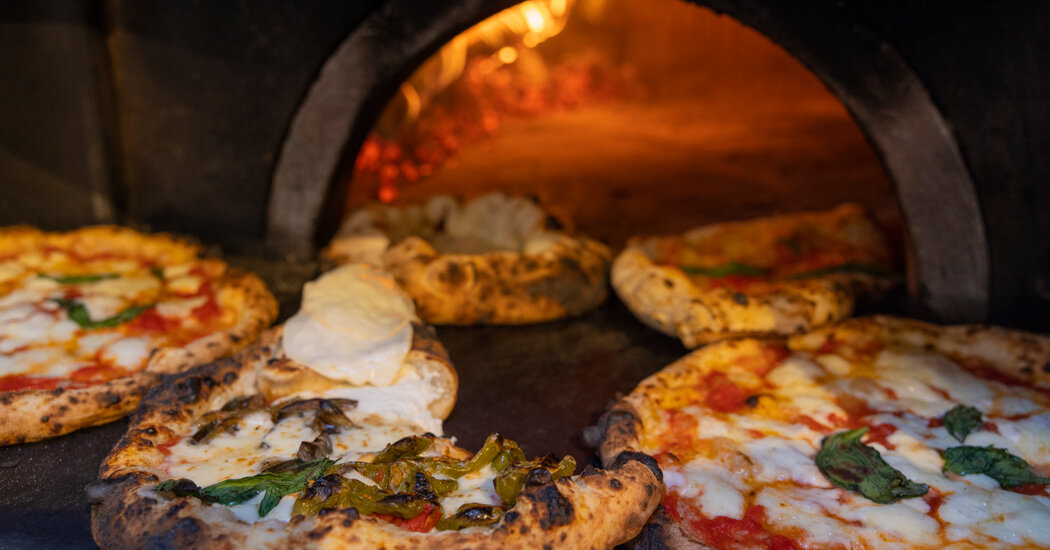 “That is haute cuisine applied to pizza,” declared Mr. Martucci, and I Masanielli’s kitchen, larger than a full-size tennis court, is his half-million-euro laboratory — stocked with sous-vide machines, flash freezers, dehydrators, fermenters, freeze dryers, 19 fridges to take care of separate temperatures and ovens of all types, alongside the customary wood-burning pizza variety. The frying station, captained by a young Michelin-kitchen-trained chef, is a protracted bank of digitally operated stainless-steel technology that appears ready for a moon mission. Deep frying is an enormous deal around here.

By 8 p.m. that evening, I’d consumed only a plate of cooked vegetables on the Reggia di Caserta’s cafe, and walked 10 miles in response to my phone, yet hunger eluded me after two nights of overdoing pizza as if it were a hazing rite for a fraternity. Still, my appetite revived after Mr. Martucci presented the primary slice of the tasting menu — with three sorts of bitter, he explained: fermented sea urchin, fermented chicory and beer-infused ricotta.

The sensations were otherworldly, adventurous, a full ride of earthy and marine flavors unlike anything I’d ever experienced on a pizza. That was followed by a slice with a vegetable-reduction paste, fior di latte and jammy prunes on a diaphanous dough cloud with wood-fired singes on its cumulus curves. There was a pizza with zucchini, zucchini flowers and Kombu seaweed blanketed by the whispery smoke of provolone, and a slice with silky Jerusalem artichokes cooked 3 ways atop honey-dried pecorino.

Just like the Reggia di Caserta, it was all greater than the senses could comprehend. Luckily, the trains back to Naples ran until late, and I’d skip dessert that night as I Masanielli’s award-winning pastry chef (and Mr. Martucci’s partner), Lilia Colonna, was on maternity leave with the couple’s baby.

“We would like to take pizza to a different planet,” Mr. Martucci said, his blue eyes dancing as he set down my last slice: a marinara with anchovies over oven-roasted puréed tomatoes and wild-garlic pesto, etherealized along with his signature triple-cooked crust — a featherlight gauze of dough that was steam-baked, deep-fried after which oven-crisped.