A Refreshing Have a look at Egypt’s Ancient Pyramids 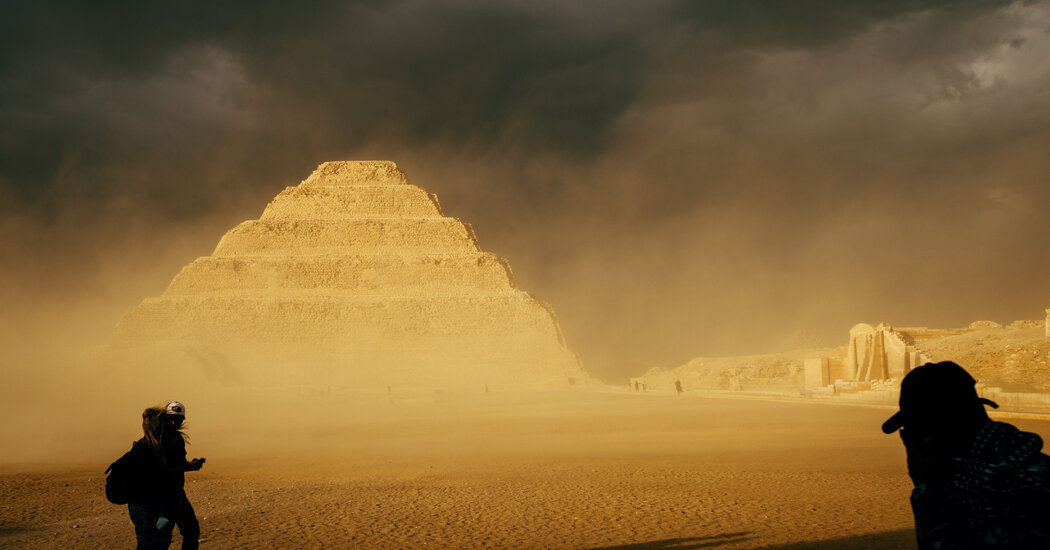 I used to be visiting the pyramids of Giza, Egypt, in the corporate of Mark Lehner, a renowned Egyptologist, when suddenly a series of voices erupted and echoed throughout the location. Our small group turned to face the commotion, wondering what had happened — and if anything was flawed.

As an alternative, we saw the cheery faces of an approaching group of men running barefoot through the sand, a few of them with bags and other equipment in tow. Their faces were sweaty under the sun, and their loads heavy, but their frequent whoops gave the scene a way of celebration.

Because it seems, their jovial entry coincided with our own arrival at Dr. Lehner’s dig site, where the archaeologist and his team from the Ancient Egypt Research Associates, or A.E.R.A., are uncovering the Lost City of the Pyramids.

The energetic staff are led by Sayed Salah, whom they respectfully consult with as their “rais,” the Arabic word for “leader.” Their excavation work is grueling and laborious — but there’s a subtler, deeper level to it, as Dr. Lehner explained.

Lots of the men, most of whom are from Abusir, a small town near Saqqara, see themselves as a part of an esteemed team, one which links all of them the best way back to the Egyptians who had initially erected the pyramids.

Evidence uncovered within the last several a long time suggests that the employees who built the good pyramids weren’t enslaved laborers, as has long been popularly believed. In actual fact, the work was likely done by paid laborers who were housed in nearby barracks. In response to papyri fragments discovered by Pierre Tallet, an Egyptologist and the co-author (together with Dr. Lehner) of the book “The Red Sea Scrolls,” the work was considered a noble, respectable career.

And the parallel between the high spirits of the employees of today and a recent picture of those of the past was clear to see. Along with the bonuses and celebration feasts that come together with this job, these men staunchly believed they were continuing the necessary work of their revolutionary predecessors.

I used to be within the presence of Dr. Lehner and his contemporary crew as a part of a history-driven private tour of Giza’s pyramids, organized by the travel company Your Private Africa. On special occasions, Dr. Lehner partners with the group to steer historical journeys across Egypt for guests and patrons of his archaeological and research projects, a body of labor that spans nearly 40 years.

My last visit to the pyramids was almost exactly 10 years ago, right before the Arab Spring revolution began. While Egypt has undergone a torrent of changes during the last decade, political and otherwise, these ancient wonders have remained as majestic and otherworldly as they ever were — though, as Dr. Lehner’s own work repeatedly demonstrates, there’s still plenty to learn in regards to the structures and the individuals who made and used them. Together with his wide-ranging expertise, constant commentary and insider status (I lost track of the sheer number of presidency officials, other Egyptologists and guides who greeted him throughout the tour), my experience this time around, this past November, was undoubtedly richer.

Seeing the pyramids of Giza again — iconic monuments that hundreds of holiday makers snap photos of every single day — was a richer experience for me as a photographer, too. And that was largely due to one unexpected wild card: It rained.

On this a part of the world, rainfall is a real rarity; the world generally sees lower than an inch annually. And yet “bad” weather often allows for good photography. Streaks of sunshine or interesting cloud cover can will let you see things otherwise. That could be especially useful when attempting to capture locations which might be so heavily photographed.

So I considered it a stroke of luck when Mother Nature provided a rarefied dramatic backdrop just as we neared the Bent Pyramid in Dahshur, some 25 miles south of Cairo. This notable pyramid, I learned, is the second built by Sneferu, the founding pharaoh of the Fourth Dynasty of Egypt. (His successor, Khufu, went on to construct Giza’s famous Great Pyramid.) Egyptologists now see the Bent Pyramid as a critical step toward the constructing of a strictly pyramidal tomb.

Mother Nature wasn’t finished along with her show yet, either. A heavy dust storm swirled across the Step Pyramid of Djoser, a part of the Saqqara necropolis that lies some 19 miles south of Cairo. Masks and scarves were whipped out as we arrived, with some people ducking away to shelter from the opaque wall of airborne sand.

The season of sandstorms, and the winds that cause them, are often known as the khamsin, the Arabic word for “50,” referring to the 50 days of potential storms that arrive in late winter or early spring. From my perspective though, seeing Egypt’s most famous ancient treasures under such drama-filled circumstances only made these inimitable structures more otherworldly.

I proceed to maintain up with Dr. Lehner’s fascinating excavation work through regular dispatches that he sends out to his research supporters. He’s currently sifting through the sands of a Giza-based dig site called Heit el-Ghurab, a 4,500-year-old settlement that features two different ancient towns, a delivery bay and several other identifiable fundamental streets. His day by day considerations — which he jokes are all about testing “beautiful theories” against sometimes “ugly facts” — range from hypothesizing in regards to the ability of cattle to suit through certain ancient openings to the precise usage of an area of the settlement he has called the OK Corral. (“OK,” on this case, cleverly stands for “Old Kingdom.”)

And so I eagerly await his findings. As I actually have directly observed, I do know that the employees excavating the sites beside him might be there to joyfully cheer each recent bit of knowledge the team unearths.

Tanveer Badal is a travel, architectural and lifestyle photographer based in Los Angeles. You’ll be able to follow his work on Instagram.