A Republican running for governor in Michigan is playing up the Jan. 6 charges against him. 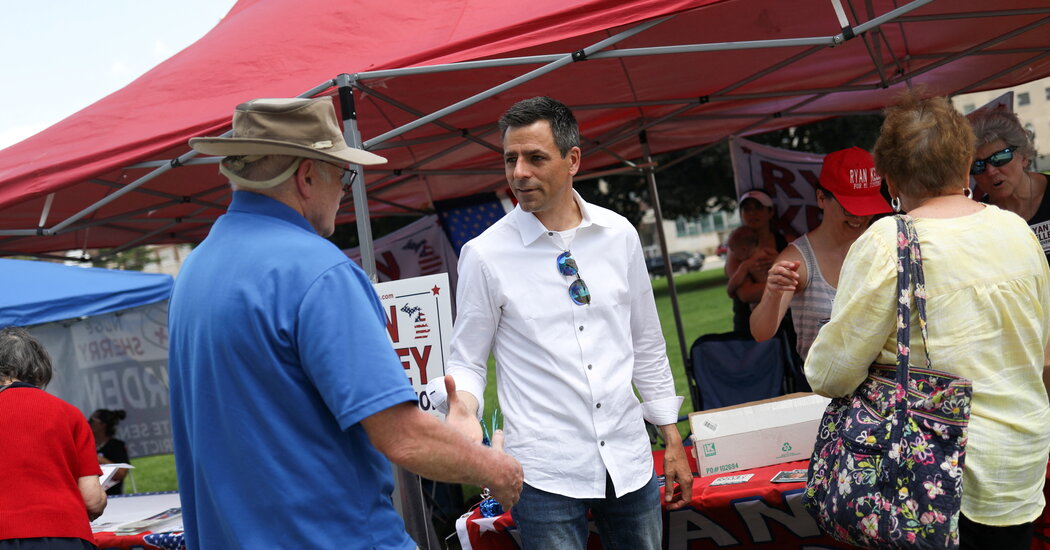 Ever since Ryan Kelley, a Republican candidate for governor in Michigan, was charged last month with trespassing and other crimes connected to the storming of the Capitol, he has openly embraced his status as a Jan. 6 defendant.

On Friday, Mr. Kelley again leaned on a component of his biography that many candidates may need run from: He put a post on his official Facebook page demanding that “all of the J6 prisoners” be released from federal custody.

“Every American ought to be outraged,” wrote Mr. Kelley, who isn’t in custody as he awaits his trial. “Remember, you may be next for any reason ‘big government’ doesn’t approve of.”

In early June, when he was charged with 4 misdemeanors connected to the riot on the Capitol, Mr. Kelley became the primary person running in a serious state or federal election to be charged within the attack. Prosecutors say he used “his hands to support one other rioter” who was flattening a metal barricade outside the constructing, and that he gestured “to the group, consistently indicating” that it should proceed moving toward an entrance.

With polls showing him lagging behind the front-runner, Tudor Dixon, a businesswoman and conservative commentator, and other candidates, Mr. Kelley, a real-estate broker, is unlikely to win the Republican primary on Aug. 2. The winner will face the incumbent, Gov. Gretchen Whitmer, a Democrat.

As recently as Wednesday night, during a candidate debate, Mr. Kelley spoke openly about his Capitol riot charges, treating them as an asset, not a liability.

He claimed, for instance, that after his arrest, Airbnb shut down his account.