A slice of California within the West Country: The Inspector reviews Mollie’s Motel and Diner in Bristol 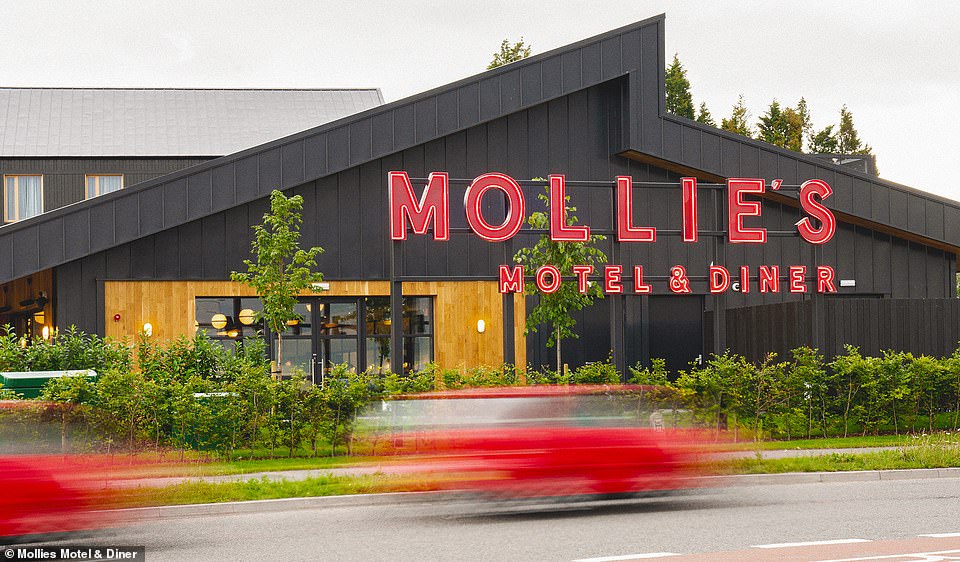 The Inspector travels to Bristol and stays in the newest Soho House Mollie’s motel, concluding that with more planned ‘Premier Inn and Travelodge may have to boost their game’

There’s a Premier Inn almost opposite Mollie’s Motel & Diner, just off the M5 north of Bristol. Each offer low-cost, clean rooms but that’s where the similarities end.

Mollie’s is an offshoot of Soho House, the fashionable members’ club with outlets everywhere in the world — but you absolutely don’t need to be a member to remain here.

It’s the kind of place (just like the first Mollie’s, which opened three years ago on the A420 between Oxford and Swindon) that makes you’re thinking that: why didn’t someone do that years ago?

The Inspector stops off for an evening at Mollie’s Motel & Diner, pictured, just off the M5 north of Bristol 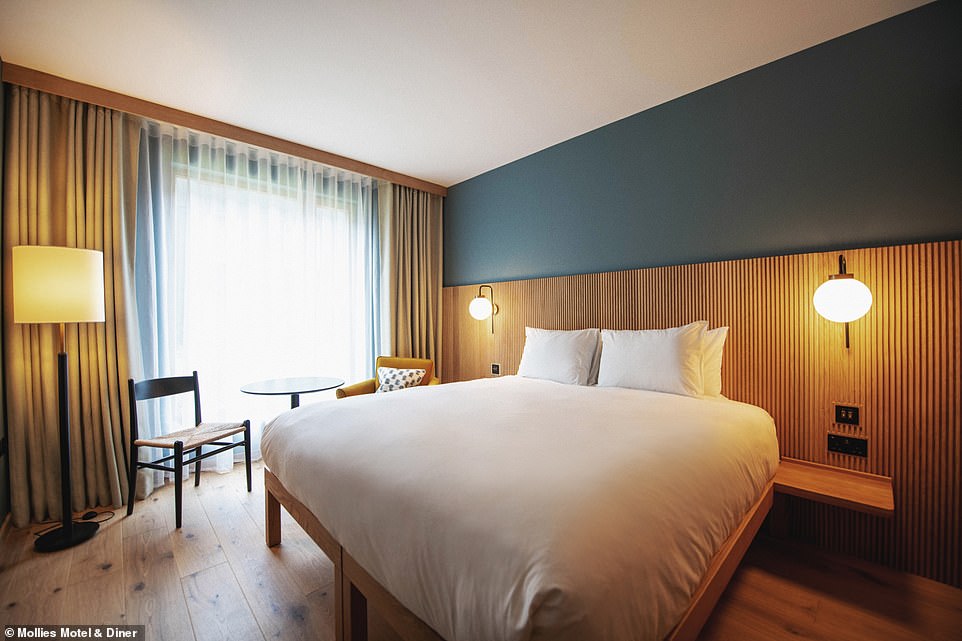 The motel, which features 123 rooms in two wings, is an offshoot of the fashionable members’ club Soho House

There are 123 rooms in two wings, with a grassy courtyard between them where guests staying the night can have drinks. The total-scale American diner is in a separate constructing.

We turn up on the retro-chic lobby-cum-bar to envision in — and like the concept of asking for a room key and a big gin and tonic all at the identical time.

We request a room as distant from the motorway as possible and, while having our drinks, I get a text message saying that our room is prepared and our bags have been taken up there. 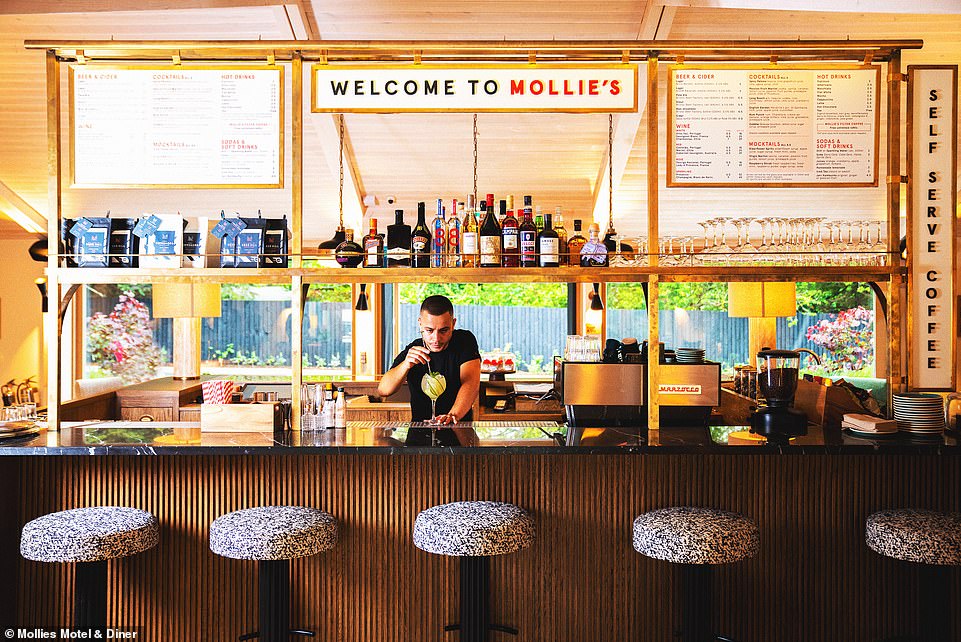 Above is the retro-chic lobby-cum-bar. The Inspector likes the concept of ‘asking for a room key and a big gin and tonic all at the identical time’ 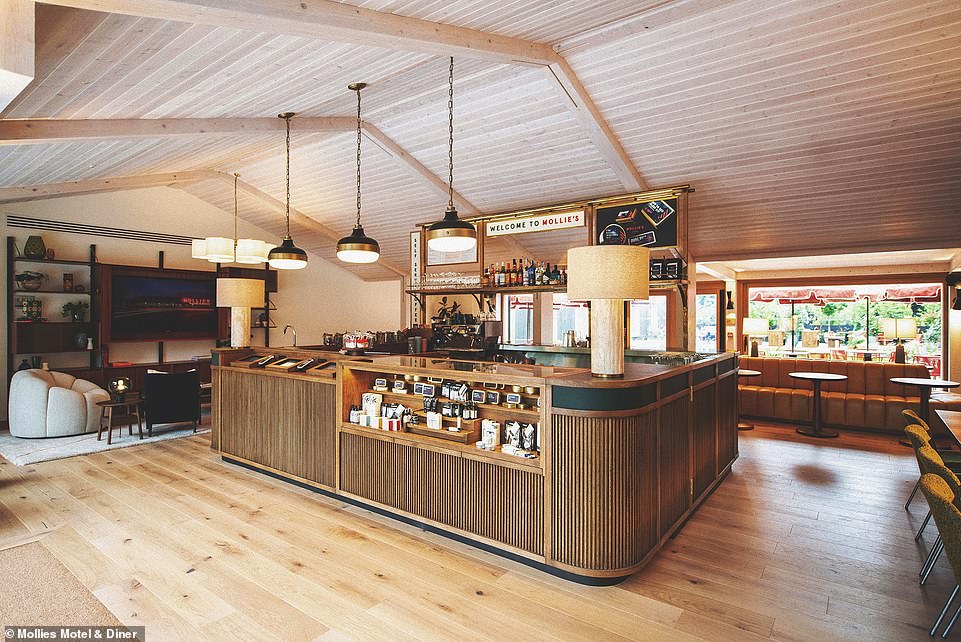 While having a drink within the lobby (pictured), the Inspector gets a text message saying that his room is prepared and his bags have been taken up there 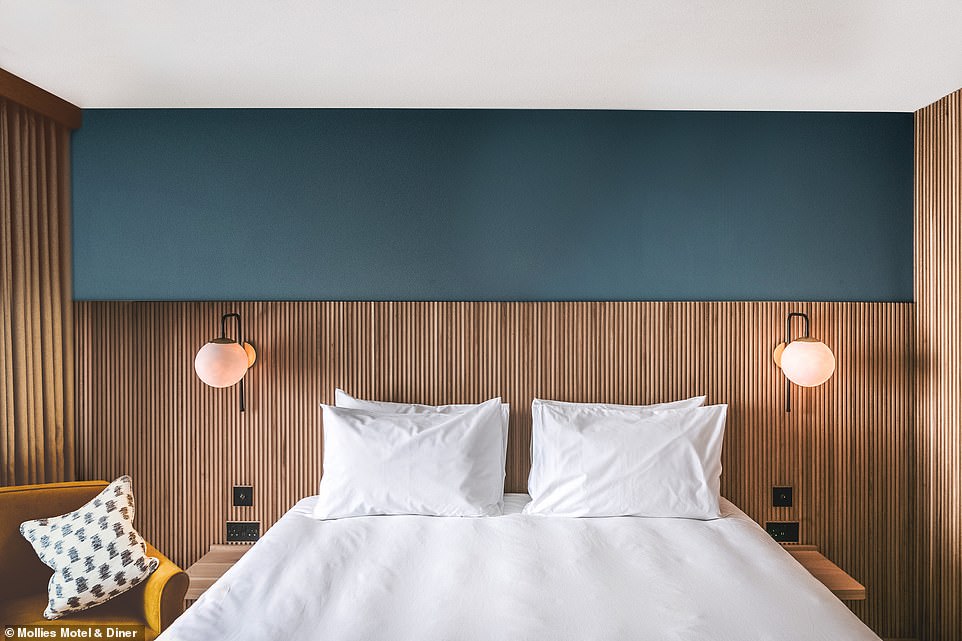 Above is considered one of the guest rooms, complete with fluted wood panelling. Doubles are priced from £90 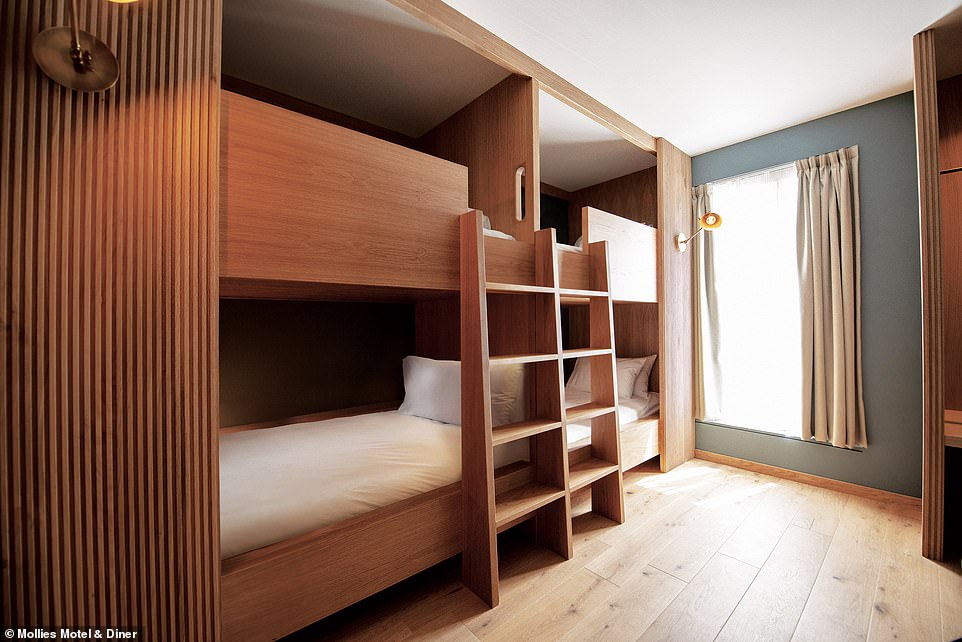 Pictured is a bunk room on the motel. Guests can avail of Cowshed toiletries within the shower room

The room has a Scandi vibe, with fluted wood panelling, picket floor, comfortable armchair and the kind of bed linen to which Soho House members have grow to be accustomed.

The basin is within the hallway, opposite the shower room, which is kitted out with Cowshed toiletries. There’s a Dyson hairdryer and a hair straightener, and you’ll be able to link your phone to the TV to look at Netflix et al.

Two quibbles: there aren’t any individual switches for the bedside lamps and the anti-theft hangers look misplaced. 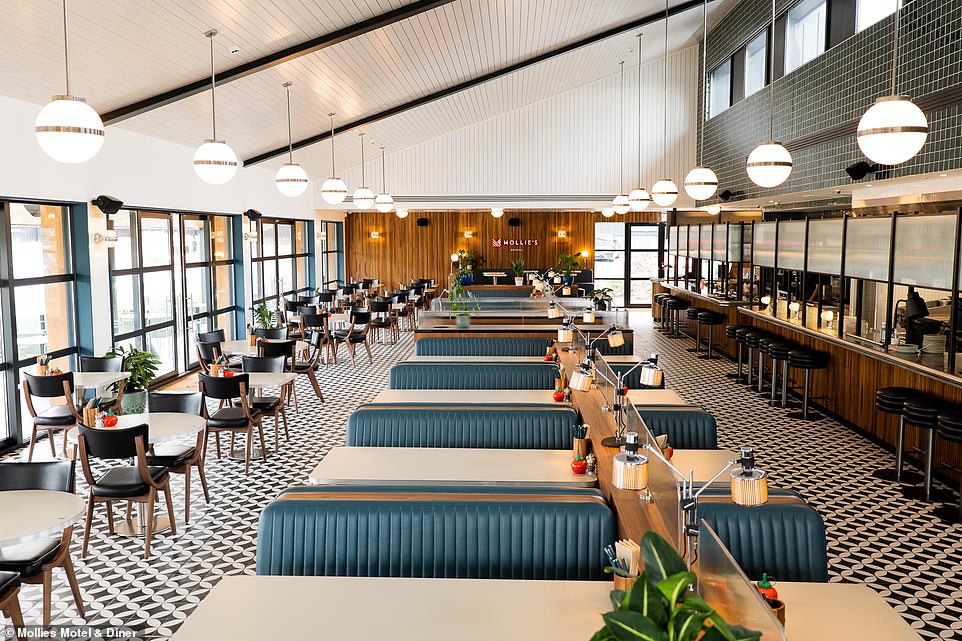 The Inspector finds that the full-scale American diner, pictured, is ‘heaving’ when he visits and has a ‘sensible menu, fairly priced’ 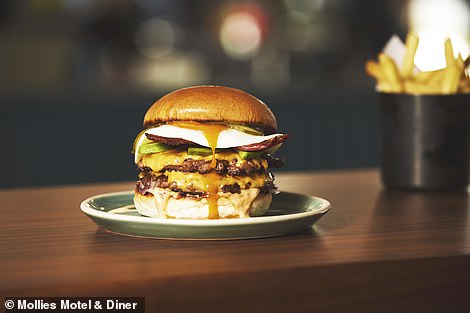 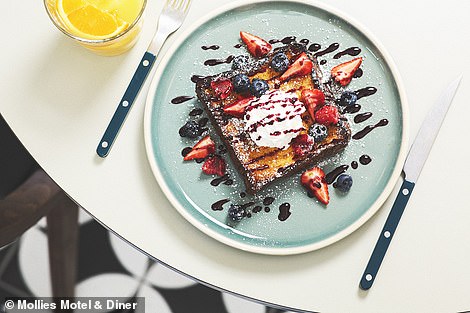 ‘Staff rush about with a correct sense of purpose’ on the diner. Pictured left is a burger served on the eatery.  On the appropriate is French toast from the diner’s breakfast menu

The diner is heaving and it’s an excellent menu, fairly priced. ‘My name’s Dean and I’ll be taking care of you this evening,’ says Dean. And he does. We might be in California. We order three starters: nachos with tomato salsa, guacamole, cheese sauce and sour cream; ‘Mollie’s mozzarella sticks’ fried in batter; and Caesar salad.

We follow those up with a burger and a half rack of ribs. Staff rush about with a correct sense of purpose. They’re all in black T-shirts with slogans: Chop Chop; Chef de Party; Cut the Mustard. There’s much more of a buzz at breakfast.

Mollie’s is clever. The plan is to roll out more. The likes of Premier Inn and Travelodge may have to boost their game.