A Trip Home With Moneybagg Yo, Trap’s Recent Ambassador 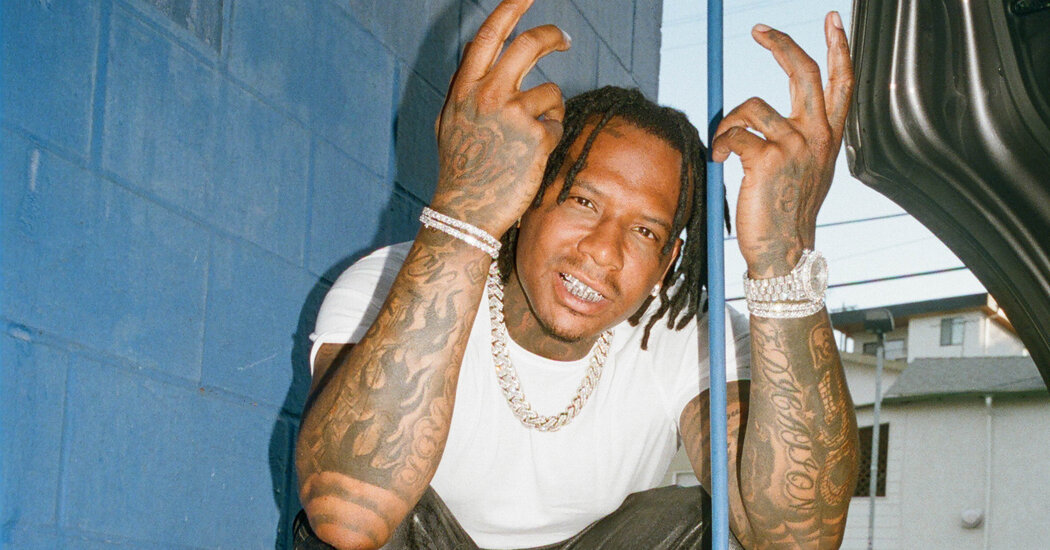 MEMPHIS — Moneybagg Yo — Bagg to his friends — doesn’t get back to his Memphis hometown as much as he’d like anymore, so when he returned one Friday in July, he was primed for the occasion. His top, shorts and sneakers: Louis Vuitton. His chains and earrings: weighty and brilliant. His nails: freshly buffed to a shine. His Cadillac Escalade: bulletproof.

He had arrived for an appearance on the eighth annual Birthday Bash, a concert organized by the Memphis rap stalwart Yo Gotti. “I feel like Michael Jackson at home,” Bagg said of the performance at FedExForum, home of the Memphis Grizzlies. “That is who created you.”

He’s a sneakily lyrical rapper — bursting with pugnacious talk but additionally wry. His flow is syrupy, often swallowing syllables but not the vérité imagery and frisky, conversational tone that make a few of his best lyrics sound like direct, mettle-testing addresses. “Wockesha,” a 2021 track that samples DeBarge’s “Stay With Me” (à la the Notorious B.I.G.’s “One More Likelihood”), showed that Bagg could record songs that leaned more melodic and tender, broadening his appeal.

“I’m glad ‘Wockesha’ took off and did what it did ’cause now people accept me in that melodic vibe,” he said. “Bagg can try this now, we don’t take a look at him crazy.”

This fall, he’ll release his fifth studio album. Though he primarily lives in Atlanta now, the day’s itinerary encapsulated how deep his hometown roots still run. “I’m still most definitely connected around here,” he said. “Once I’m not at home, I’m at home.” His first stop was the nail salon, the following an overgrown 28.8-acre plot of land bought for him last 12 months as a thirtieth birthday gift by his girlfriend, Ari Fletcher, a social media influencer. Driving alongside the property, he laughed as he identified the property’s boundaries: “Still going. Still going. Still going! Still going!”

Eventually, he desires to host a community center, dirt bike paths, a paintball course and more there: “This for my neighborhood,” he said. After a temporary meeting with a contractor to debate the prices for the primary wave of beautification, he headed to the nearby Walker Homes neighborhood in South Memphis, where he grew up, to choose up his 4-year-old son, Mari — one in every of his eight children — who was dressed for a day with dad in an all-white Polo outfit.

“I just began with the ability to make my kids’ birthdays,” Bagg said of the long, unforgiving road he faced early in his profession. “Until three years ago, I sacrificed me some birthdays, holidays, football games, doughnuts with dad. Now the world know me and the cash gonna come, but I used to be attempting to get the cash and supply for them the entire time. There’s no excuse now.”

Bagg has been releasing music for a decade — first, mixtapes that gained him renown locally, then starting with “Federal” in 2015, ones that garnered much wider attention. His first major label album got here in 2018. (His music is released by Interscope in partnership with Yo Gotti’s CMG Records and N-Less Entertainment.)

When he began having broader success, Bagg said he was surprised to learn that many established stars, like Future, were longtime fans: “A whole lot of people was really riding, listening to my music, that you just wouldn’t expect.” Pharrell produced a track on “A Gangsta’s Pain.” Bagg formed a robust bond with the rapper Kevin Gates, who facilitated his conversion to Islam in 2018; he travels with an $8,000 prayer mat, a present from Gates.

Now greater than ever, regionally specific rap could make it to the highest of the charts in relatively unvarnished form, and Bagg’s wins have largely been on his own terms. Though he’s starting to collaborate more widely, he still prefers working together with his own set of producers somewhat than those that are better-known.

Since Bagg has grown into the most important rap star to emerge from Memphis in a generation, he must be mindful, even at home. Throughout the day, he was accompanied by two oversized security guards with evident military training.

“They’d to get me to know it, like, bruh, you would like that, that’s what make you a superstar,” Bagg said. “It don’t just include you being scared, it comes with you moving smart.”

He’d just arrived on the Crystal Palace, a skating rink where a teenage Bagg and friends would while away weekend nights. The rink has been closed for years, but Bagg has been in touch with city officials about the potential for revitalizing it. Within the parking zone, Bagg asked his driver to show the SUV so he could keep watch over the road.

“I’m so comfortable, I could possibly be in house shoes at once,” he said, almost giggling.

Minutes later, he headed to “the red store,” a bare-bones convenience store that’s the one retail establishment for blocks in the midst of streets dotted with rundown homes. “We gambled right there,” he said, pointing to a house up the block, then leaned in and whispered with a fast laugh, “I used to be selling dope right here.” He has an image of the shop tattooed on him.

He stepped into the constructing, greeting employees and fans and telling an associate to purchase out all of the Rap Snacks chips in his signature flavors (Heat vs. Hot and Dill Pickle Jalapeño), then peeled off a couple of $100 bills to provide to the shop’s owner.

Bagg’s next stop was intensely personal: visiting, for the primary time, the grave of a longtime friend, Nuskie, who was killed in January at age 24. “I actually ain’t snapped back,” Bagg said of wrestling with the tragedy. “I’m just coping with it higher now.”

He sat all the way down to roll a blunt from a pouch of weed, and considered his trajectory. “Each time I ever dropped a project, something at all times occur before I ever elevate, like a hardship,” he said, adding that he planned to call his plot of land after Nuskie. Then, for the one time all day, he was silent.

The show beckoned, though. By now, he was traveling with a full caravan of cars stuffed with old friends. They stopped on the Superior Shop, a clothing store where Bagg dropped off some Louis Vuitton pants to be tailored, and met up with the rapper EST Gee, a label mate and friend also on the town for the concert.

Once the shop became claustrophobically crowded, with well over 100 people filling the room, he headed to Straight Drop, a seafood restaurant in North Memphis. The constructing’s lobby was stuffed with pallets of bottles of Vior, an alkaline water Bagg is an investor in. (“It’s day-after-day, it’s clean.”) While waiting for the catering-size platters of fish and shrimp to come back out, he and EST Gee filmed some footage for a video for a recent song, “Strong,” within the parking zone.

Earlier in July, he had performed to tens of hundreds of individuals at London’s Wireless Festival, his first international show, but here he was, a platinum rapper back on his home turf, continuing to do things the old-fashioned way. He said his recent string of successes only emboldened him to double down on the specificity of his sound. The brand new album, he said, could be a turn back toward the energy of his “Federal” era. He recently put his everlasting flawless diamond teeth back in.

“Trap taking on the world now,” he said. “It ain’t limited no more.”