A Trove of Guantánamo Photos 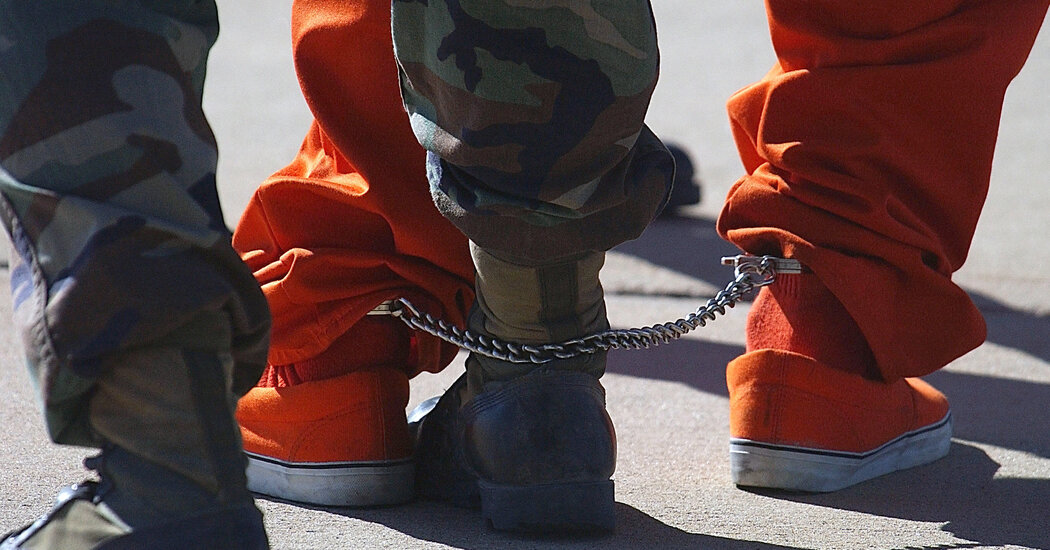 GUANTÁNAMO BAY, Cuba — Like so many articles, our project in Sunday’s newspaper on the once-secret Pentagon photos from the earliest days of U.S. detention operations here, in 2002, started off with a tip.

Somewhere contained in the Pentagon was a trove of images taken by photographers from the elite Combat Camera unit, someone who had worked on the prison told me last 12 months. The military photographers spent months documenting the goings-on at Guantánamo Bay in the primary 12 months after the attacks of Sept. 11, 2001.

The images had been taken for senior leaders on the Pentagon — especially for Donald H. Rumsfeld, the defense secretary who took a private day-to-day interest within the penitentiary. And so they were definitely not meant for the general public to see.

I assumed back to the day the primary prisoners arrived from Afghanistan at this distant base, on Jan. 11, 2002. I used to be amongst a gaggle of journalists who were allowed to observe from an increase above the airstrip because the prisoners were led off a steel gray cargo plane — manacled, masked and in matching orange uniforms. Nearby, my colleague from The Miami Herald, the photographer Tim Chapman, paced around our vantage spot in frustration — he had not been allowed to bring his cameras to document the moment. To his dismay, he spotted military photographers down on the airstrip, the place he desired to be.

The world would glimpse the work of considered one of those photographers, Petty Officer Shane T. McCoy of the Navy, about every week later, when the military released five of his pictures, including one which got here to symbolize Guantánamo Bay: 20 men on their knees inside a chain-linked enclosure on opening day.

And nearly 20 years later, I used to be learning that many more photos from that point had been sent from Guantánamo to the Pentagon. On a winter day in Washington, the hunt for those images began.

One office within the Department of Defense sent me to a different.

Some people pointed me to the Library of Congress. Others were certain some photos had landed on the National Archives, and that turned out to be true.

I submitted a series of requests under the Freedom of Information Act, followed up with calls and emails and in time learned of assorted collections with Guantánamo material, much of it classified.

Then at some point earlier this 12 months, an archivist sent word that some material had already been declassified. A zipper file arrived in my email and photos of men in orange uniforms splashed onto my computer screen.

A few of what I saw in those images of the primary 12 months, that are published in The Times, I understood because I had been reporting at the bottom then. But other things puzzled me and required digging.

I explained what I needed to Marisa Schwartz Taylor, a photography editor for The Times in Washington. We checked out the photos together and agreed that this was something special — the form of FOIA return that doesn’t end a reporting task, but moderately begins one. She made an initial edit, asked many questions and set me on my path. She enlisted Rebecca Lieberman, a digital news designer for The Times, and the teamwork began.

With the three of us in numerous locations — Rebecca in Latest York, Marisa in Washington and me mostly in Miami Beach or at Guantánamo — we pored over the pictures and decided that we wanted more information to place them into context. Rebecca drew up a design that will annotate the photos, offering a guide to readers of what they were seeing.

I reached out to retired military members who had worked on the prison from the beginning. Many individuals I wrote or called were intrigued. A number of snubbed me; they might not talk concerning the early days of a military mission that for some had soured across the years.

The Dallas-based photographer Jeremy Lock, now retired from the Air Force after a celebrated profession with Combat Camera, was excited after I contacted him. He wondered when the world would ever get to see his work from that day.

Carol Rosenberg has reported from the U.S. naval base and military prison at Guantánamo Bay, Cuba, since 2002. She joined The Latest York Times in 2019.