‘Adopting Audrey’ Review: Constructing a Recent Home Out of Nothing 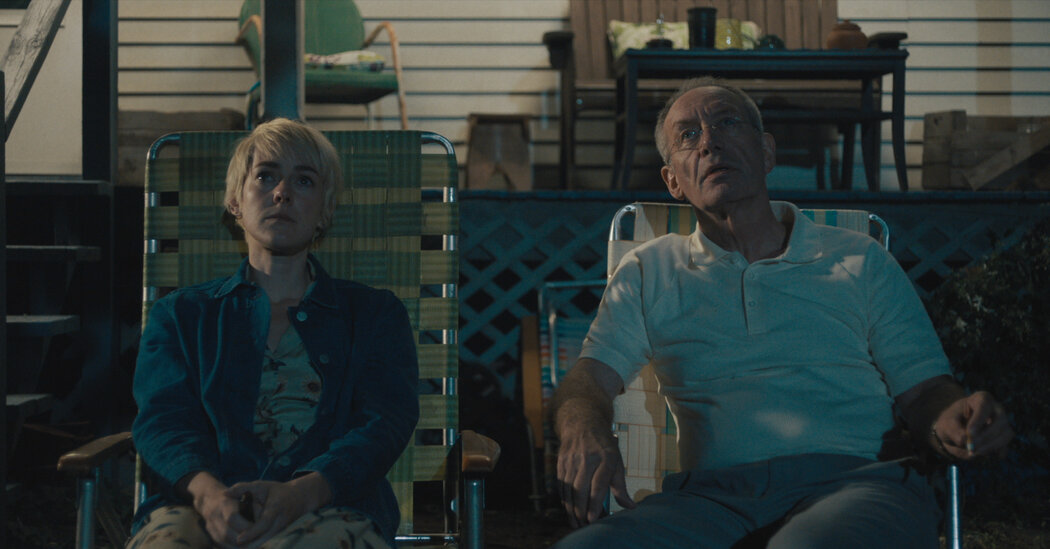 “Adopting Audrey,” the second feature film from the director M. Cahill (“King of California”), resembles most of the quirky domestic dramas which have populated the film festival circuit since “Little Miss Sunshine.” There’s a wayward young woman (Jena Malone) looking for guidance, and a gruff patriarch, Otto (Robert Hunger-Bühler), in need of human connection to melt his heart. There’s an absurd twist to this stock premise, nonetheless: The wayward adult, Audrey, would really like to be adopted, which is how she meets Otto and his forlorn wife, Sunny (Emily Kuroda).

As presented within the film, it’s a little bit too outlandish to get behind. While the film relies on a real story, the stilted dialogue and hackneyed attempts at drama make it difficult to suspend disbelief for this fictionalized version.

Audrey draws suspicion from Otto’s adult children, John (Will Rogers) and Gretchen (Brooke Bloom), who suspect their relationship is sexual in nature, but that plotline ends abruptly with a sudden freak accident. Sunny’s misery is treated as a shrug at best and a punchline at worst. And Cahill’s try to characterize Audrey’s neuroses — her watching puppy videos on her phone for hours on end — could be the laziest effort at capturing millennial malaise.

The one vibrant spot of “Adopting Audrey” is the acting from Malone and Hunger-Bühler, who imbue their characters with more pathos than they probably deserve. Malone especially has made a welcomed return to a protagonist role — hopefully one she will be able to replicate with more substantial material.

Adopting Audrey
Not rated. Running time: 1 hour 32 minutes. In theaters and available to rent or buy on Apple TV, Google Play and other streaming platforms and pay TV operators.