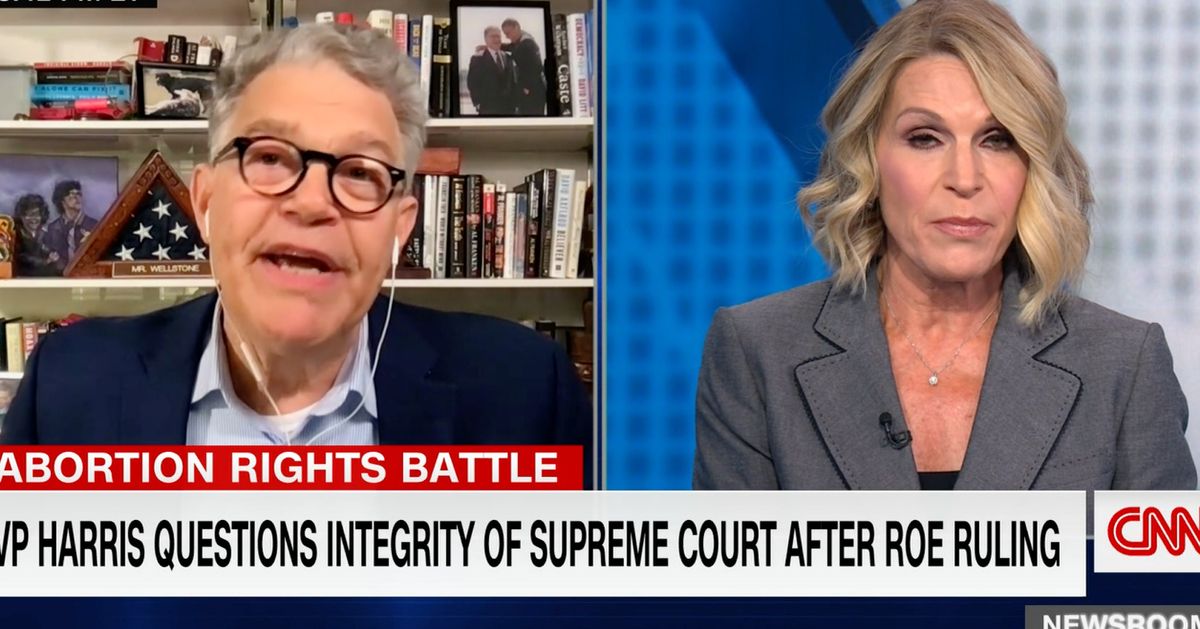 Former Sen. Al Franken (D-Minn.) put a GOP campaign strategist on blast Saturday, repeatedly asking her to defend a claim about why Attorney General Merrick Garland’s Supreme Court nomination was “held up” in 2016.

In those remarks, Roberts, in his first public appearance because the Supreme Court overturned Roe v. Wade in June, defended the legitimacy of the court.

He said the court’s legitimacy was undermined years ago, when a Republican Senate majority led by Sen. Mitch McConnell (R-Ky.) didn’t “take up” Garland’s nomination, submitted by President Barack Obama. On the time, McConnell cited what he called a “longstanding tradition” to not fill Supreme Court vacancies during an election yr.

“They’ve stolen two seats: the one which Merrick Garland wasn’t given a hearing for, and the one which [Justice Amy] Coney Barrett, where she was seated every week before the [2020] election,” Franken said. “That destroyed the legitimacy of the court.”

Stewart said she desired to “throw a bit accuracy” into what Franken said, claiming that the Garland nomination was held up because “we had a divided government ― we had a Democrat within the White House and we had Republicans on top of things [of Congress].”

Franken immediately fired back: “That’s not what McConnell said.”

“But that’s the way in which, historically, this has been,” Stewart replied. “If you’re near an election yr and you’ve divided government … there typically is an inclination to attend ―”

You possibly can watch the exchange, starting across the 3:06 mark, below.