Alaska Elections: Where to Vote and What’s on the Ballot 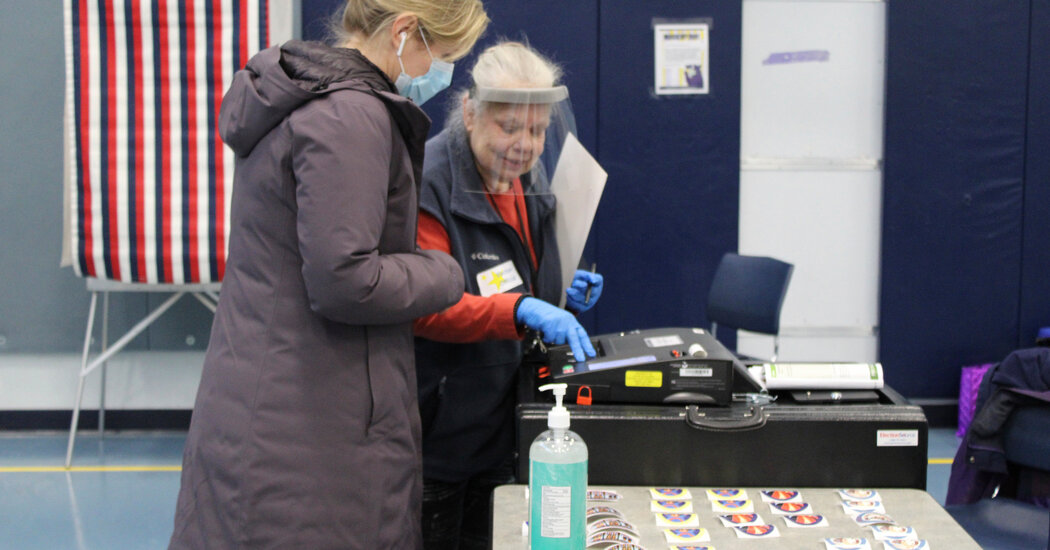 Don’t be misled by Alaska’ long history of voting for Republicans: Its slate of primaries and a special election on Tuesday offers loads of intrigue, with multiple big names on the ballot reminiscent of former Gov. Sarah Palin and Senator Lisa Murkowski.

The races pose one other test of the facility of an endorsement from former President Donald J. Trump. He’s backing Ms. Palin, the 2008 Republican vice-presidential nominee, for the state’s lone House seat, and likewise supports Kelly Tshibaka, Ms. Murkowski’s essential Republican rival within the Senate primary.

Here’s a refresher on the foundations for voting and what’s at stake.

The way to vote

The registration deadlines for voting in person and requesting an absentee ballot have passed. Alaska doesn’t have same-day registration for primaries, though it does for presidential elections.

Alaska’s voters can click here to look up their assigned place to vote. Absentee ballots returned by mail should be postmarked by Tuesday and received by state election offices by Aug. 26. They will also be hand-delivered to designated drop-off locations by 8 p.m. Alaska time on Tuesday, which can be when the polls close for in-person voting.

Alaska offers no-excuse absentee voting — meaning voters usually are not required to supply a reason — with an choice to receive ballots through the state’s secure online portal. Voters can decide to return their ballots by fax as a substitute of mail but must achieve this by 8 p.m. on Tuesday.

What’s on the ballot

Ms. Murkowski was one among seven Republicans within the Senate who voted to convict Mr. Trump during his impeachment trial after the Jan. 6 attack on the Capitol, drawing a backlash from the previous president and his supporters in her quest for a fourth term. Mr. Trump endorsed one her opponents, Ms. Tshibaka, a former commissioner of Alaska’s Department of Administration, in the first.

One other race creating national intrigue will resolve who will fill the seat of Representative Don Young, a Republican who died in March, for the rest of his term that ends in January. Mr. Young had held the seat since he was first elected to the House in 1973.

The special election is headlined by Ms. Palin, who will face Nick Begich III, a Republican and the scion of an Alaskan political dynasty, and Mary S. Peltola, a Democrat and former state legislator. Voters will rank their decisions within the special election. If no candidate receives a majority, officials will eliminate the last-place finisher and reallocate supporters’ voter to the voters’ second decisions until one candidate has not less than 50 percent.

All three candidates, together with many others, are also listed individually on the regular primary ballot for the House seat, which can determine who will compete in November to represent the state for a full two-year term starting in January.

Voters may even resolve various races for governor and the State Legislature. Click here for a sample ballot.