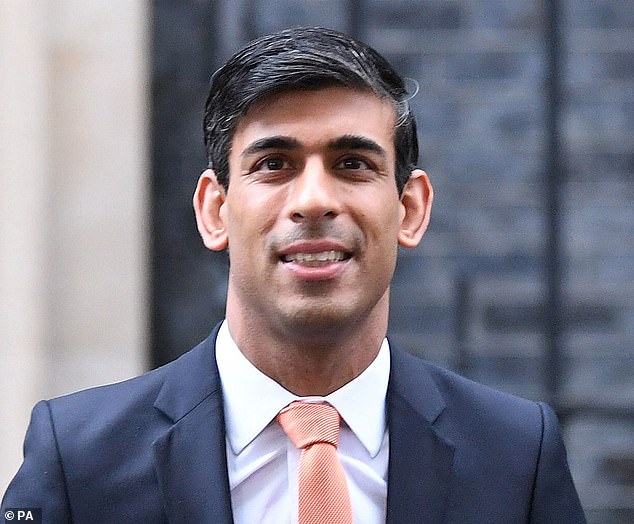 ALEX BRUMMER: The more assistance Treasury provides on account of rising energy prices, harder it becomes for Bank of England to tame prices

In a single mighty triple jump, Rishi Sunak has repaired his repute because the Chancellor supporting the poorest households with their energy bills of their hour of need.

He can be assisting better-off residents, since his £400 money handout goes to each residence which suggests that second home owners will get double-bubble.

And the Chancellor, who two years ago gave us ‘Eat out to assist out’ at a price of £850m, is dangling the carrot of more help next 12 months should the oil and gas emergency proceed.

Looking ahead: Chancellor Rishi Sunak has set a trap for for Bank of England boss Andrew Bailey

Having punished us all with an increase in national insurance contributions and a freeze on tax allowances in 2021 he’s now loosening the purse strings again. The most recent package, if the energy loans became grants are included, amounts to £21billion, and that’s along with two previous efforts.

The forensic Institute for Fiscal Studies says the Chancellor’s support is in effect a £37billion injection into the economy.

The closer the country moves towards the subsequent election, the more generous the Chancellor is prone to change into.

The paradox is that, until now, fiscal policy, by squeezing disposable incomes, has been working (or must be working) in tandem with monetary policy.

The goal is to crush demand and convey runaway inflation at 10 per cent back under control if not right down to the two per cent goal.

Sunak is making the duty of a discredited Bank of England even harder. The looser the fiscal stance, the harder it is going to be for Andrew Bailey and the interest rate-setting Monetary Policy Committee (MPC) to place the inflation genie back within the bottle.

There may be circularity in all of this. The more assistance the Treasury provides due to rising energy prices, the harder it becomes to tame prices.

The Bank is doing a terrible job in completing its fundamental task of suppressing inflation. As an alternative of being the bad guys, who come down hard on price surges, the Bank has sought to be a friend of the consumers, backer of climate change initiatives and fighter against unemployment, all at the identical time.

Bailey has taken the blame for an inclination which began together with his predecessor Mark Carney and pervades the groupthink of the Bank insiders.

When Andrew Haldane, the Bank’s last chief economist, spoke out of turn he should have felt isolated and unloved and left the sinking ship.

It is just not just looser fiscal policy, surging energy prices and potentially ‘apocalyptic’ food prices that are an issue for the Bank. Britain’s labour market recovered from Covid rather more quickly than anyone expected. So the UK is blessed with a low unemployment rate.

That is a superb thing since it means more payroll and income tax for the exchequer, shorter dole queues and improbable opportunities for those people searching for to fill the estimated million or so vacancies.

The issue is that the workforce has shrunk from 34.2m in the ultimate quarter of 2019 (pre-Covid) to 33.8m within the early months of 2022. There may be a little bit of ‘great resignation’ about this. Officially, 49,000 people have taken early retirement.

Some 55,000 people decided to opt into full-time study (which is sensible in the event that they are reskilling for the economy).

But there are one other 156,000 who’ve dropped out of the employment numbers because ‘they’re taking care of family and residential’. MPC member Michael Saunders suggests this may increasingly be pandemic-related on account of long Covid and backlogs within the NHS.

The tightness within the labour market is starting to drive up wages. The additional bargaining power is emboldening unions who’ve been flexing their muscles on the railways, the bus networks and even on the Financial Conduct Authority.

Bailey and the MPC can not be soft and cuddly interest rate-setters. If prices are to be brought down, the unions defeated and savings kept intact, the Bank must move rather more decisively to boost rates.

There will probably be howls of protest from home owners with oversized mortgages. Property prices may by disembowelled and it is feasible, but not certain, that recession and unemployment might be triggered.

The Bank must end its gradualism and act directly. If Andrew Bailey finds taking the lead on this too painful then he should perhaps reflect on whether he is actually the appropriate person to cope with the mammoth task ahead.