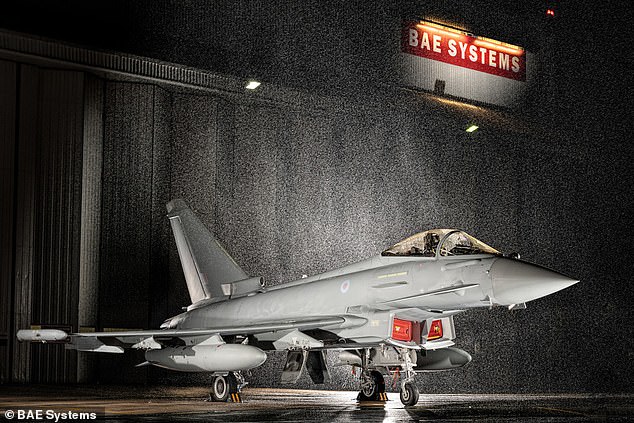 Rarely does the alternative of a non-executive director send share prices higher. The number of former Cabinet Secretary and Nato representative Lord Sedwill to the board of BAE Systems is a rare exception.

Russia’s unprovoked and villainous war on Ukraine is proving an economic shock every bit as damaging because the Covid pandemic.

It has turned an already perilous rise in inflation right into a cost-of-living crisis which is feeding into the national narrative, with the strikes by railwaymen and unrest across the transport and public sectors.

BAE’s recent trading update alluded to this, noting the pledges of increased defence spending by Nato.

An uncertain world – from the Baltics to the Middle East and Taiwan – helps the UK defence sector.

Sedwill could have spent two years out of presidency in November when he joins BAE. That ought to avoid too many complaints of conflict. That won’t stop the critics habitually against the UK defence sector.

On this context, the choice of Business Secretary Kwasi Kwarteng to wave through the sale of Ultra Electronics to non-public equity ghouls Advent is a betrayal. Ultra’s sonobuoy technology helps Nato track Russian submarine traffic.

Kwarteng needed to look no further than the defenestration of Advent-owned Cobham to know what he’s coping with.

A series of undertakings, designed to guard Ultra’s national security, have been obtained. The UK will retain rights, just like a golden share, in two secure corporations being created from Ultra. T

hat may look reassuring. But it surely takes no account of the ruinous impact of loading up Ultra with debt (when rates of interest are rising) or the uncaring, short-term behaviour displayed by Advent prior to now.

The Ultra sell-out is especially galling in the midst of a European conflict. The opportunities for the UK are enormous, as BAE’s £46billion order book shows.

BAE alone employs 89,000 staff and is the prime contractor on submarines and plays a giant part within the making of advanced fighter aircraft, including the Eurofighter Typhoon. Spain has just revealed it’s adding an extra 20 Typhoons, dominated by UK technology, to its air defences.

At a moment when climbing borrowing costs have solid a cloud over stock markets, BAE and the defence sector are among the many exceptions.

BAE shares are up 28 per cent this 12 months and sensibly it, and the UK’s other world-class defence contractor Rolls-Royce, are shielded from overseas takeovers by ‘golden’ shares.

That has not been the case for the remaining of the sector, which is under siege from overseas marauders.

They ought to be firmly repelled.

As an excellent admirer of Jim O’Neill and his work on BRICS (little bit of a shame about Russia!) and the North, it was a bit disheartening to see this Tory peer describing a ten per cent rise within the state pension as ‘ludicrous’.

Because the Institute for Fiscal Studies has identified, the rise within the state pension age to 66 left 1 / 4 of pre-retirees in poverty.

After waiving the manifesto commitment to the ‘triple lock’ last 12 months, the Tories had an obligation to place things right amid the surging cost of living.

Former pensions minister Baroness Altmann notes that though public sector employees may struggle to realize an inflation-matching pay increase in 2022, they ought to be comforted by the indisputable fact that their pension schemes might be boosted by annual CPI adjustments.

How would O’Neill manage on £9,500-a-year, which is among the many meanest state pensions within the developed world?

The larger majority of FTSE 100 top executives had the great grace to maintain their pay and bonus demands to a minimum through the pandemic.

The railwaymen’s dispute with Network Rail and the rail operating corporations illustrates why they need to accomplish that again.

It just isn’t look to see transport bosses filling their boots while looking for to calm the pay demands of colleagues.

In hard times, increases in boardroom pay packages – already far too high – ought to be aligned with the remaining of the workforce.