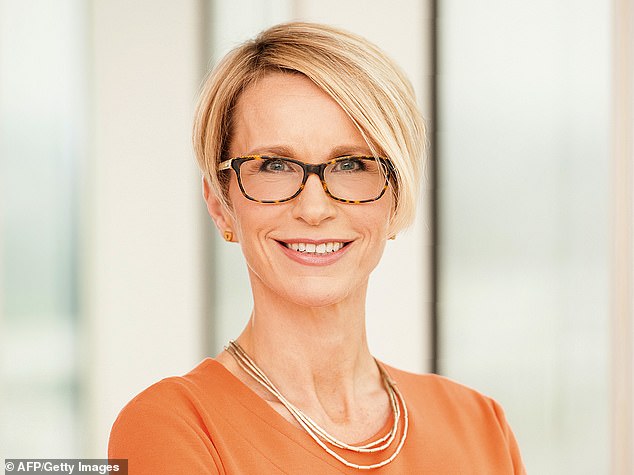 ALEX BRUMMER: Split-out of Haleon by GSK boss Emma Walmsley may not seem critical to post-Brexit Stock Exchange, but it surely could have gone abroad

By Alex Brummer for the Day by day Mail

Here is something for the City to have fun because the Jubilee party begins. The FTSE 100 is to achieve a £45billion-plus newcomer following the discharge of the 467-page prospectus for the float of Haleon, the health care arm of GlaxoSmithKline.

At first glance, the split-out of Haleon, producer of emblematic brands corresponding to Sensodyne and Panadol, may not seem critical to the post-Brexit London Stock Exchange.

But other selections could easily have been made. There may be a bent, particularly within the healthcare and tech sectors, for corporations to go to Recent York and other markets on the grounds that London shares trade at a reduction to overseas counterparts.

Executives at health devices and limb substitute group Smith & Nephew plotted to cross the Atlantic in 2019 but were turned back when it was revealed that the foremost motive for doing so was that pay and incentive packages for bosses are much higher in Recent York!

In 2018 Unilever proposed to relocate to Rotterdam, more safely hidden away from activists. Among the many escapees from the City was the float of Vodafone offshoot Vantage Towers, which went to Frankfurt. It may possibly never be a provided that the UK is the first alternative for corporations. That is regardless of the undeniable fact that Vodafone’s existence is a tribute to UK innovation and technology and the willingness of the Square Mile to back its ambition.

Critics of fat cat pay will find a straightforward goal in Haleon chief executive Brian McNamara. His pay package including incentive shares, pension rights and re-location costs could possibly be value £10.4m. That will outstrip presplit GlaxoSmithKline boss Dame Emma Walmsley’s total pay of £8.2m in 2022 and can be greater than double the £4.2m earned by Unilever boss Alan Jope who was able to pay £50billion in a trade purchase of Haleon.

Bringing Haleon to the general public markets is a big milestone for chief executive Walmsley. The previous L’Oreal boss has struggled to release value since she took the highest job at Glaxo in 2017. Under her predecessor, scientist Andrew Witty, the corporate wrestled with ethical violations across the globe from the US to China and fell far behind in oncology after doing an asset swap with Switzerland’s Novartis in 2015.

Walmsley has been required to select up the pieces. The alternative of famed researcher Hal Barron as R&D chief based in San Francisco was seen as a vital step but was undermined by his early departure. More recently Glaxo has turned to acquisitions to assist pick up the pace of life sciences growth.

This week it splashed £2.4bn on biopharmaceutical company Affinivax in an extension of world-leading vaccine operations.

The recovery path for Walmsley has not been that smooth. Despite its vaccine expertise, GSK was an enormous loser within the race for a Covid jab as UK rival AstraZeneca raced ahead with its life-saving rollout of the Oxford University inoculation.

The GSK chief also has found herself within the sights of activist fund managers Elliott Partners. It spotted the valuation gap to other big pharma corporations which Walmsley is struggling to erase. Elliott’s proposed solution is that Walmsley step down after the healthcare separation and GSK install a chief executive with science credentials to go pharma operations.

Haleon will likely be taking up a bit of £10bn or so of debt allowing GSK pharma to scale back borrowings and increase capability for rapid-fire acquisitions. It would keep a minority interest in Haleon on the grounds that dividend income will enable it to ramp up R&D.

Pfizer plans to sell down its 32 per cent minority stake in Haleon in a ‘disciplined manner’ starting as soon because the lockdown period – which prohibits sales – ends.

Transformations don’t come cheaply. The largest winners will likely be advisers Citigroup, Goldman and Merrill Lynch with the overall fees for the demerger and transactions involved amounting to greater than £500m. That is sort of one-third of the £1.6billion of profit for Haleon within the 12 months ending in March.

There may be much not to love in the form of bankers’ fees and over-generous remuneration at Haleon. Nevertheless, the demerger needs to be good for the City.

The subsequent necessary task is for Boris Johnson’s limping government to steer Masayoshi Son of his duty to bring Cambridge-based semiconductor designer Arm Holdings back to London.

It isn’t too late.