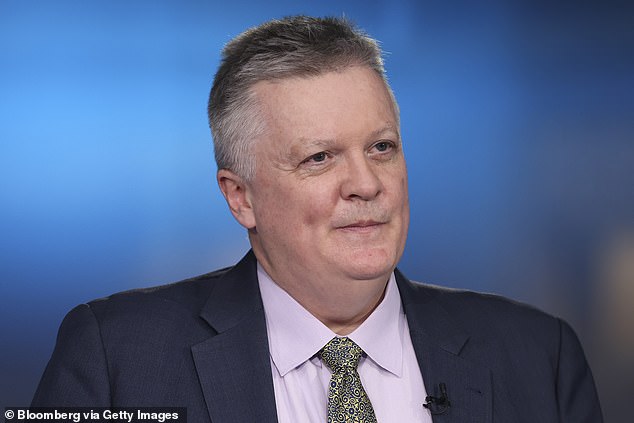 UK hit hard by bond blunder: The Bank of England must accept responsibility for a mistake we’ll all find yourself paying for, says ALEX BRUMMER

By Alex Brummer for the Each day Mail

How headroom of £30billion within the UK’s public funds became a black hole of £70billion to be filled on this week’s Budget appears to be one in all life’s mysteries.

Those searching for political scapegoats blame Liz Truss and Kwasi Kwarteng and their swashbuckling approach to tax cuts and borrowing.

That played a big part within the determination of Chancellor Jeremy Hunt to revert to fiscal orthodoxy amid concerns about fresh assaults on the pound and gilt-edged stock.

The actual villain of the piece is inflation. It impacts by increasing the fee of presidency – notably welfare bills – and, as significantly, raises the worth of servicing the national debt. Faced with elevated borrowing requirements post the financial crisis and Covid-19, the UK went all out on using index-linked debt to fund borrowing.

This made the work of the Debt Management Office much easier due to a voracious appetite from pension fund managers, since it assisted in balancing assets with liabilities.

The returns on index-linked gilts kept pace with the inflation triggers within the trust deeds of many funds.

It might probably now be seen how misguided this policy has proved and why the Government’s rate of interest bill has change into such a critical element in Treasury considering. High dependence on index-linked gilts has proved a burden on the Exchequer.

It was assumed that the Bank of England could be so good at its job of meeting the inflation goal of two per cent that the downside risk of issuing these gilts was minimal.

One other kink is that inflation-linked gilts have moved with the retail prices index (RPI), which generally runs hotter than the buyer price index (CPI).

The upshot is that at the least half of the £70billion upsurge in borrowing costs may be traced to index linked gilts.

At 23.9 per cent of the UK’s total debt issue, the UK has the best proportion of index-linked amongst G7 countries and twice as much as the subsequent nearest borrower. Because of this the UK is a complete outlier in its dependence on index-linked stock.

The danger of inflation getting out of hand never appears to have occurred to successive chancellors, who signed off on debt issuance, or the Treasury and Debt Management Office, which advises government.

Last week, the Bank of England’s chief economist Huw Pill acknowledged that quantitative easing is partly liable for runaway inflation of 10.1 per cent.

The Bank cannot escape its own responsibility for a funding fiasco by the Government that each citizen pays for through higher taxes.

The FTX fandango provides insight into how the rise of non-bank banking, or unregulated finance, provides a transparent and present danger to stability.

A minimum of when liquidity-driven investments imploded after the mini-Budget, the Bank of England, fearing a cascade of insolvencies which could spread to the banking system, was there with a security net.

Britain’s 10m members of defined salary pensioners were protected. This was no due to the Pensions Regulator, which is supposed to insulate retirees from risk.

No such safety nets exists within the bizarre universes of crypto-currencies and its close cousin, non-fungible tokens (NFTs). Latest data from inside FTX shows that the bankrupt crypto exchange had just $900million of easily accessible assets last week against $9billion of liabilities.

Nobody quite knows where the losses will land, but when recent blow-ups – comparable to those at invoice-finance house Greensill and hedge fund Archegos – are a guide, there could easily be leakage into mainstream banking.

All this reminds us why regulators must get a grip within the newbies within the industry. Klarna boss Sebastian Siemiatkowski describes the FTX blow-up as ‘fairly scary’ but cautions against over-regulating fintech players, arguing ‘we want more competition in banking’.

In principle he is correct. But one couldn’t blame consumers and businesses which have embraced latest models for putting their trust in established, regulated methods in an era of rising rates of interest and a slowing global economy.

The failure of Joules can have aspirational fans of the faux preppie, country-style fashion brand shedding tears into their muesli from Muswell Hill in London to Lake Windermere.

But don’t fear. Good, strong brands still have universal appeal as recognised by Next when it bought Made.com, M&S which rescued Jaeger and Frasers now in pursuit of Savile Row’s Gieves & Hawkes.