Alex Jones Screams At Viewers To Buy His Products, Tells Them It’s ‘Life And Death’ 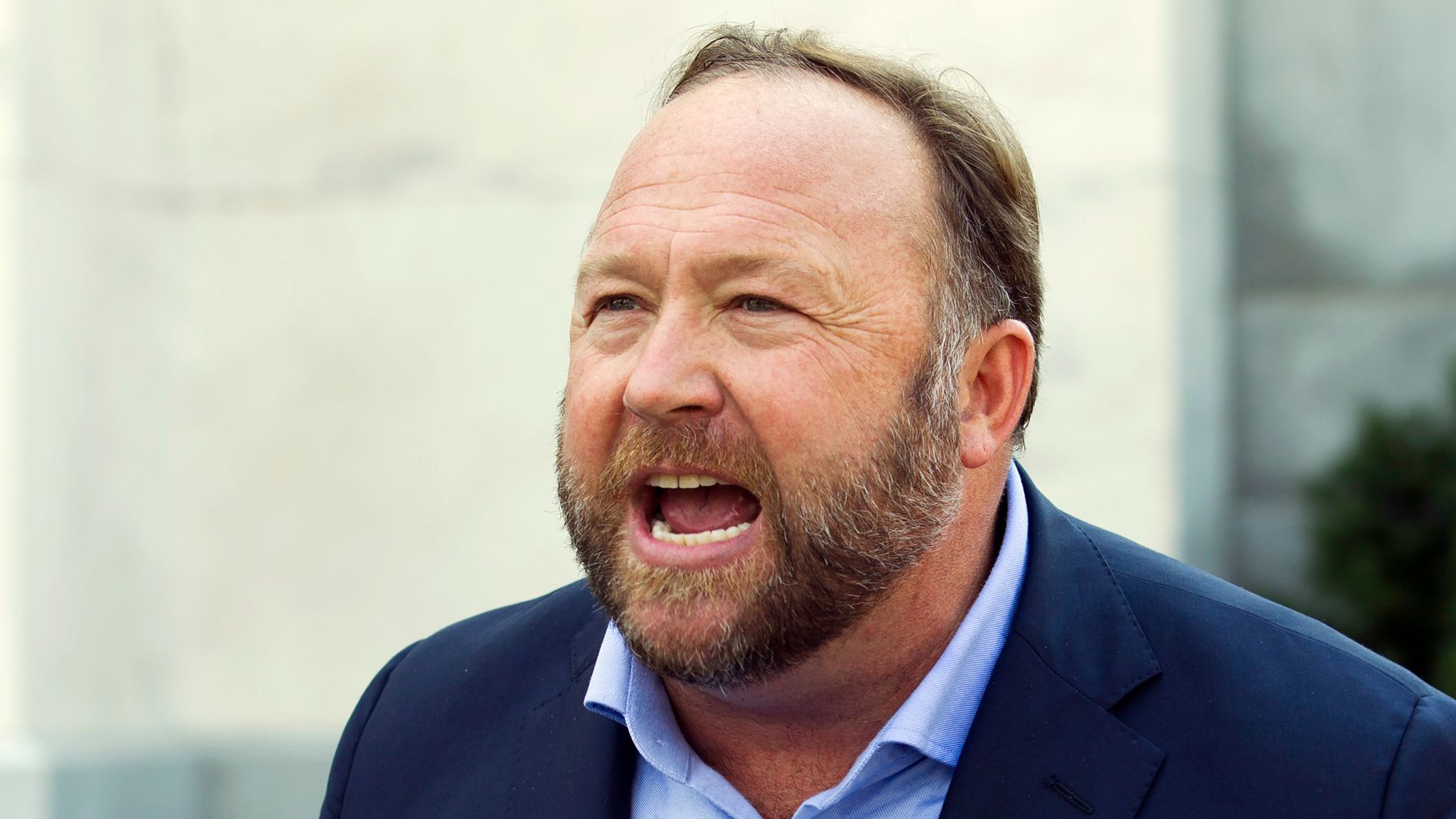 Infowars host Alex Jones has resorted to screaming at his viewers to purchase his products and telling them they support “the enemy” in the event that they don’t.

During a recent episode of his podcast, the infamous conspiracy theorist told his viewers that there was a “war against you and your loved ones of inflation and collapse” and that nameless forces were working to “silence the leaders.”

“When you don’t support us, you’re helping the enemy,” he added.

His products include an array of vitamins and supplements, survival gear and branded merchandise.

He also told viewers to donate to the defense fund of Roger Stone, the longtime Donald Trump confidant who was sentenced to 40 months in prison for multiple felonies, including witness tampering, lying to Congress and obstructing the House investigation into possible collusion between the Trump campaign and Russia throughout the 2016 campaign. Trump pardoned him before leaving office.

Screaming “that is all out war!” Alex Jones and Roger Stone tell their followers that the one option to win the war against evil Democrats is to send them money and buy their products. pic.twitter.com/WgSHcyhp1f

Three firms owned by Jones, a multimillionaire, filed for bankruptcy last month as he seeks to avoid paying damages in defamation lawsuits he lost over his lies in regards to the Sandy Hook Elementary School mass shooting.

After 26 people were killed within the massacre in Connecticut in 2012, Jones insisted it was a “hoax” staged by actors, and he profited from his lies. He has since admitted the mass murder of youngsters and adults did occur.

Families of the victims successfully sued him.

Jones has lined his pockets by spreading fear and conspiracy theories, and by shamelessly pushing products that capitalize on them. In 2020, he began selling sham products that he falsely claimed cured COVID-19, including toothpaste.