‘All of the Beauty and the Bloodshed’ Review: Nan Goldin’s Art and Activism 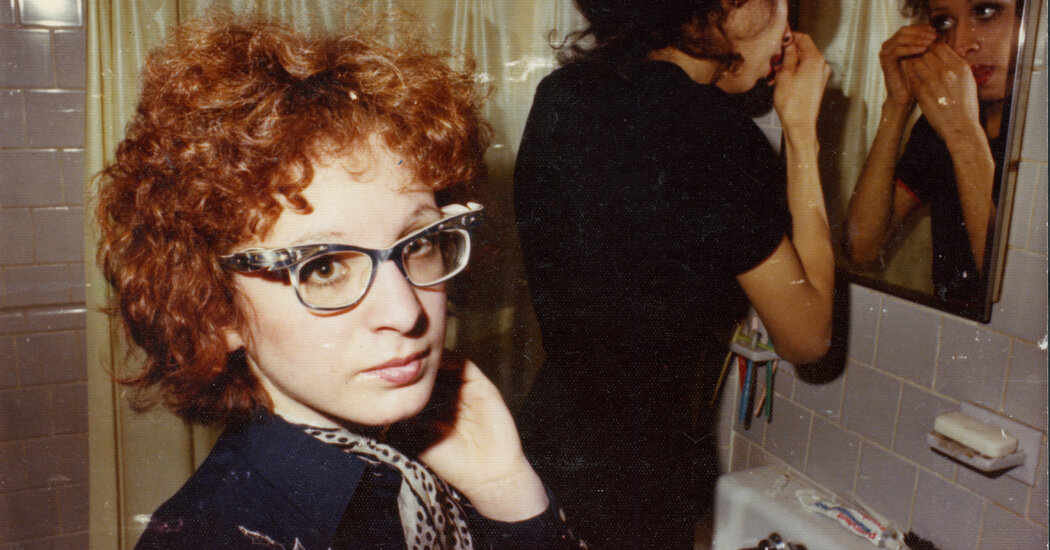 Among the many 1000’s of things within the Metropolitan Museum of Art’s collection is the 1980 Nan Goldin photograph titled “Heart-Shaped Bruise, NYC.” In it, a lady lies splayed across a messy bed wearing pulled-down stockings and a dress that’s been hitched up just under her rear, exposing some bared leg imprinted with a bruise shaped like a heart. The lady’s head is outside the frame, so it’s easy to concentrate on this little bit of skin, to let your imagination run wild, fired up by the image’s unsettling power, its allure and its menace.

That unease is emblematic of Goldin’s photography, whose images of bruised bodies and bared souls include a self-portrait that she made in 1984 after being beaten by a lover. The image, “Nan One Month After Being Battered,” is in the gathering of the Tate Galleries in London. In 2019, the Tate evaded unwanted attention from Goldin, who had begun staging protests of institutions that had taken money from members of the Sackler family whose company, Purdue Pharma, developed the opioid painkiller OxyContin. The Tate simply announced it might not accept their donations.

“All of the Beauty and the Bloodshed,” Laura Poitras’s intimate documentary about Goldin, her art and her activism, starts on March 10, 2018. That day, Goldin brought her fight against members of the Sackler family to the Met with a protest that turned its popular Temple of Dendur exhibition — an Egyptian temple installed in a gallery named the Sackler Wing — right into a symbolic battlefield. It was a clash that pitted the artist against members of a family that’s each extraordinarily wealthy and, because the journalist Patrick Radden Keefe wrote in a 2017 Latest Yorker article, is “certainly one of America’s great philanthropic dynasties.” It also pitted Goldin against the art establishment that had helped make her a world art star.

As tourists, guards and journalists watched, Goldin and her activist brigade entered the gallery and commenced chanting “Sacklers lie, 1000’s die!” It was a critical step in Goldin’s campaign to attract attention to the role of Purdue Pharma within the opioid crisis, a crusade that Goldin had boldly taken public two months earlier when Artforum published her chronicle of her opioid addiction. As she testified before a House committee in 2020, Goldin became hooked in 2014 after being prescribed OxyContin for surgery. As her habit escalated — she went from three prescribed pills a day to 18 — she supplemented it by spending all the cash from a non-public endowment. When she ran out of cash for OxyContin, Goldin turned to illegal sources, nearly dying when she inadvertently snorted fentanyl.

Goldin has repeatedly shared her grim story since going public with it, but nowhere as movingly as in “All of the Beauty and the Bloodshed.” Poitras is best known for her 2014 documentary “Citizenfour,” about Edward J. Snowden, the National Security Agency contractor turned whistle-blower, and she or he proves an excellent match with Goldin. Each are activist-artists, and Poitras is conspicuously on Goldin’s side from the get-go. While that makes the movie moderately less dialectic than it might be and leaves some areas underexplored — Poitras shows little interest in parsing the difficulty of generational guilt for some Sackler relations — her admiration for Goldin warms the documentary, easing you thru its rougher passages.

Elegantly shaped and paced, “All of the Beauty and the Bloodshed” relates two entwined stories. One tracks Goldin’s emergence as an anti-opioid activist, starting along with her first learning concerning the Sacklers to her actions — she protests, shares and testifies — and ending on an upbeat note in December 2021, when she and her activist brethren savored a vital if provisional triumph. Intertwined with that narrative is an often melancholic portrait of Goldin that begins in her difficult childhood in suburban Maryland, continues through her liberating art-school years, her role in Latest York’s downtown scene, her anguished experience throughout the AIDs crisis and her emergence as a serious artist.

The movie’s bifurcated shape isn’t novel, but Poitras’s marshaling of all this information is exceptionally graceful. She has an abundance of unbelievable material at her disposal — including a generous choice of Goldin’s artwork — but what makes the movie work so well is how Poitras seamlessly uses the various sections of Goldin’s life to weave a coherent portrait of the artist. You see how her tragic older sister, Barbara, who died young, shaped Goldin and the way Barbara’s death and the family’s sometimes ghastly history helped determine Goldin’s artistic trajectory and led her to friends who informed her sensibilities and served as muses.

Most powerfully, the documentary details the connection between Goldin’s experiences throughout the AIDS crisis and her time within the opioid trenches. In each fight, powerful institutions are called to account by people fighting for his or her lives, which could sound inspiring but is more accurately an index of this country’s cruelty. The section on the AIDS crisis is crushing, and it’s a mirrored image of Poitras’s ethical politics and grasp on her subject that she spends a lot time on friends of Goldin’s who didn’t make it out of the catastrophe alive, including the artist David Wojnarowicz, a stunning, furious genius who died in 1992. Within the movie, you see that Goldin keeps a portrait of him by one other lost friend, Peter Hujar, above her fireplace — it’s a beacon.

“All of the Beauty and the Bloodshed” is stuffed with such grace notes; it’s also more impressionistic than completist. After seeing the movie, I used to be surprised to read that Goldin has two brothers, whom I don’t remember even being mentioned. Perhaps they didn’t need to be within the movie, perhaps they’re dull. Regardless of the case, their absence is a reminder that Poitras hasn’t embraced the standard journalistic norms in directing this documentary. She has a viewpoint, she has passion, she has politics, and there never was any danger of her both-siding this raw, emotionally ferocious story of the world that Nan Goldin inherited and remade, one which she continues to remake along with her brilliance and with all of the bruises that never heal.

All of the Beauty and the Bloodshed
Not rated. Running time: 1 hour 53 minutes. In theaters.