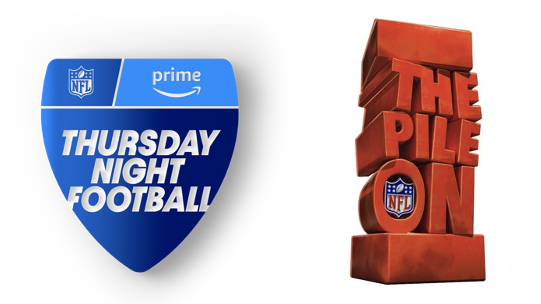 Each week, The NFL Pile On will showcase funny and unexpected moments from across the league, from mic’d up players during pregame warmups to postgame press conference one-liners—every little thing from studio shows, social media, and fashion faux pas.  With full access to the NFL Movies library of content, The NFL Pile On will make sure that no epic fumble or comedic moment throughout the season-long NFL campaign goes unnoticed.

“The NFL Pile On will give viewers an entertaining, fresh tackle all of the week’s NFL motion,” said Marie Donoghue, vp of Global Sports Video, Amazon. “Led by Taran Killam, we are going to bring fans closer to the fun in and across the game, so that they can enjoy much more access to their favorite teams and players.”

Boasting a variety of experience in movie and tv favorites including Night School, How I Met Your Mother, SNL, and MADtv, in addition to a performance as King George III within the Broadway production of Hamilton, host Taran Killam will probably be joined by comedian Sarah Tiana and guests from the worlds of popular culture, sports, comedy, and social media,

“I’m so excited and grateful to assist launch a show about two things I really like: football and comedy,” said Killam. “The indisputable fact that we’re supported by the NFL and Prime Video means we are able to provide exclusive, all-access content to Prime members and NFL fans alike … and likewise that I get all The Boys spoilers I can handle.”

The show is produced in coordination with NFL Movies and lead by showrunner Chris Pizzi.