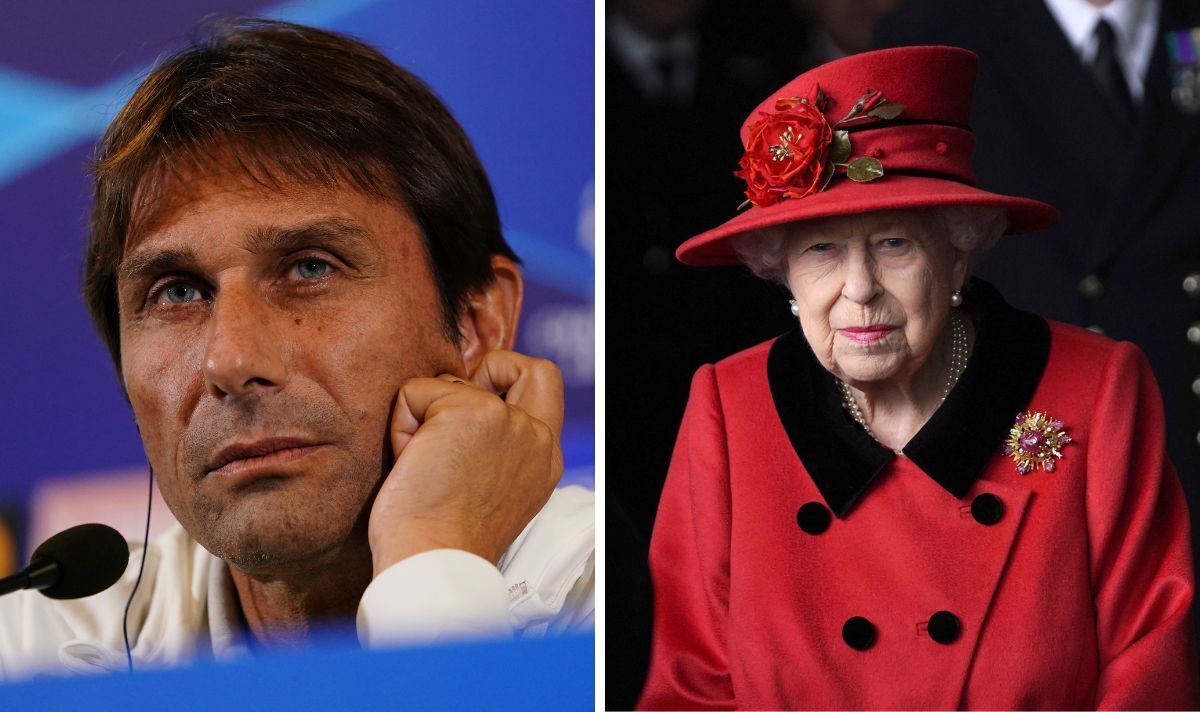 Tottenham boss Antonio Conte has revealed that he took a visit to Buckingham Palace over the weekend to pay his respects after the death of Queen Elizabeth II on Thursday. Hundreds of individuals have been flooding to the palace gates over the previous few days to go away flowers or just to reflect on the news of the Queen’s death, which has seen Britain enter right into a period of national mourning.

The entire weekend’s football matches from the Premier League all the way down to grassroots were postponed within the wake of the news before the FA gave the green light for fixtures to resume on Monday evening. Conte has since revealed that he joined mourners at Buckingham Palace on Friday after feeling sadness upon learning that the Queen had died, with the Italian coach fully aware of the event’s historical nature.

“Obviously what happened in the previous few days in England is something extraordinary,” Conte told reporters ahead of Tottenham’s trip to Sporting within the Champions League on Tuesday.

“Unfortunately, the Queen died. Truthfully, on Thursday, we were all sad because we’re talking a couple of individual that her service for this country was outstanding.

JUST IN: ‘If you happen to could stop’ – Klopp loses cool in Liverpool press conference

“I feel that on this moment there may be big sadness within the country for this and [I was] living this atmosphere in London. And on Friday I went to Buckingham Palace like a traditional person, because I’m normal person! I did it with a hat [on], to live this case because I feel of course we’ll remember this for the remaining of our lives.”

Conte went on to elucidate that he feels the Premier League made the best call by postponing last weekend’s fixtures as a mark of respect to the Queen, who he admired greatly.

“I would like to provide condolences from me, from the club, from the players to the Royal family,” he added. “Then football has to go ahead and we’ll do it, but I feel the Premier League made a vital decision to stop football and show respect for the death of the Queen.

“We’re talking a couple of situation that we are going to find it within the story of the long run. To remain here on this moment and to live this moment here is of course a tragic moment, but at the identical time it’s a special moment because we’re talking concerning the death of the Queen.

“She was 96 years old and truthfully for me it was very difficult to consider she was dead, because in your mind you’re thinking that that the Queen was immortal. To live this case in London, on this specific moment, of course I’ll keep this in my heart, in my mind for the remaining of my life.”