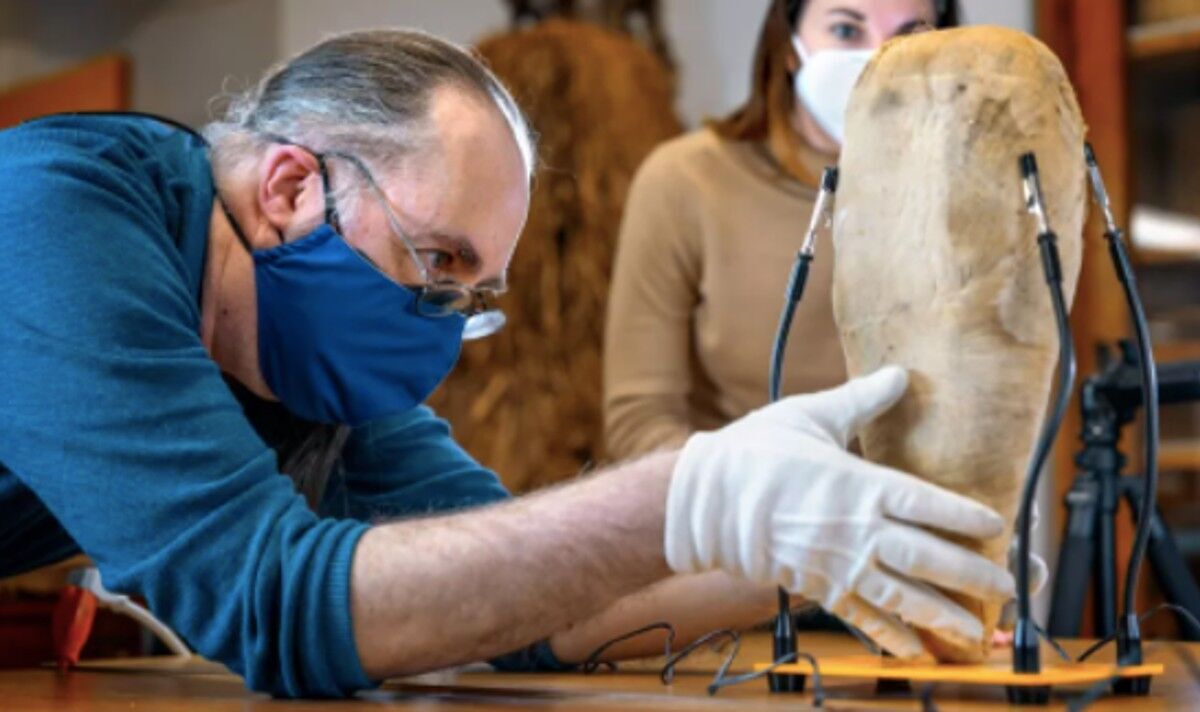 The traditional mummy, considered around 1,500 years old, was originally labelled as a hawk while kept in storage at Cornell College. But once researchers took a digital glance through the traditional wrapping, they received quite the surprise. The sunshine-weight 2-pound (942 grams) mummy underwent a CT scan to find out what it actually was.

The scan revealed that one among the creature’s legs had been fractured before getting mummified.

It also exposed the feathers and delicate tissue which have been kept preserved.

Carol Ann Barsody, a masters student in archaeology at Cornell University, said: “Not only was this once a living creature that individuals of the day can have enjoyed watching stroll through the water.

The traditional bird is in reality a sacred ibis, known for its stilt-like legs and long curved beak that the traditional Egyptians often sacrificed to Thoth, the Egyptian god of magic and wisdom.

Bizarrely, there isn’t any record of the mum’s arrival in Cornell University’s records.

At first, it was thought it may need arrived back in 1884 together with other freight objects, including the human mummy Penpi.

But after some digging, it turned out that no other Egyptian artifacts arrived with the human mummy.

As an alternative, Cornell Univeristy thinks it’s more likely the special bird got here as a part of a 1930 donation by a Cornell alumnus John Randolph.

ibises were common in ancient Egypt and were bred in huge numbers.

The scan also uncovered that the ibis’s head had been twisted round and bent again in the other option to its body.

University of Oxford archaeologist Francisco Bosch-Puche, who has excavated hundreds of ibis mummies over the course of his profession said: “I often compare it with the candles lit in Christian churches.

“The [ibis] mummy would remind the god that they needed to deal with you.”

While some archaeological and textual accounts have suggested the birds were bred on mass, a study published within the journal PLOS ONE back in 2019 suggested most ibises were actually captured within the wild.

The researchers argued that the birds can have been kept on farms for a brief period of time before being sacrificed and mummified.