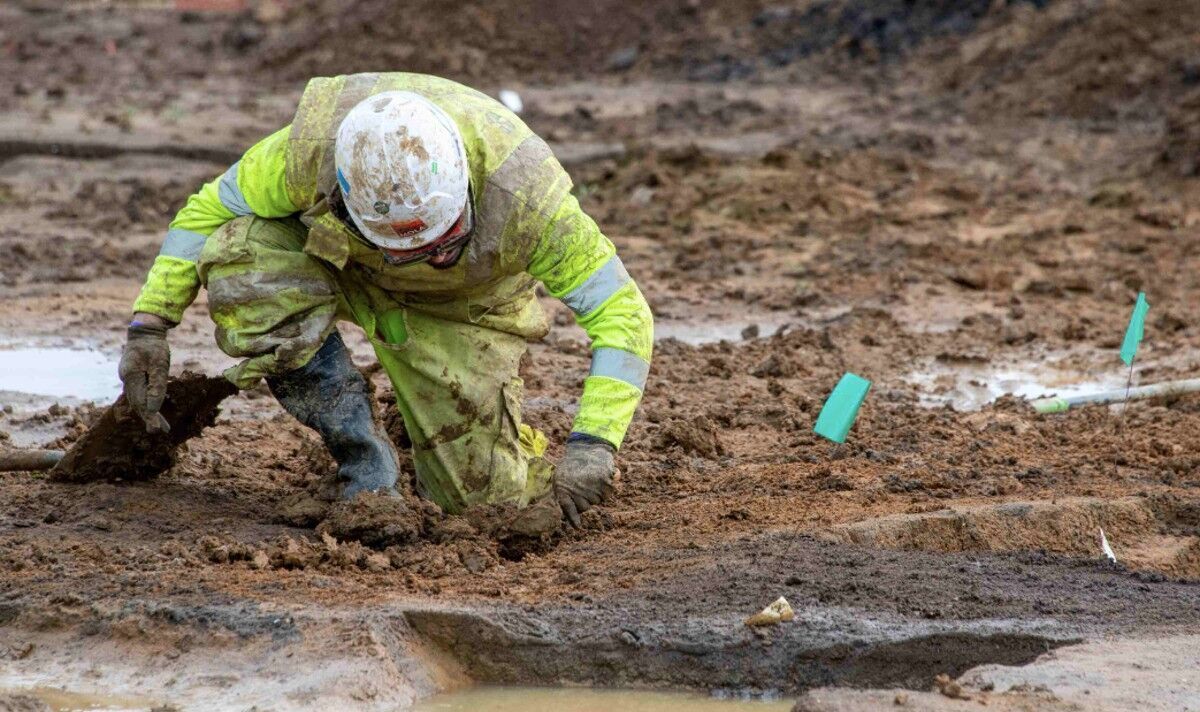 Archaeologists have made a spectacular discovery after unearthing evidence of a 2,000y ear-old feast from the Iron Age while excavating the positioning of a road improvement scheme. When experts were digging at the positioning of the proposed work on the A428 between the so-called Black Cat roundabout in Bedfordshire and Caxton Gibbet in Cambridgeshire, they could not have expected to return across anything mind-blowing.

But through the dig, the team from the Museum of London Archaeology (MOLA) was lucky enough to stumble across a pit filled with animal bones, pottery and burnt stones.

Ancient pottery and animal bones reportedly indicate the placement was likely a communal area for feasts. the finds could reveal imported insights into changes in weight loss plan and gifting through the time period.

The researchers also suspect that they found evidence of a big fire that Iron Age communities would likely have gathered around for large feasts between the years 800BC and AD43.

Experts are actually set to analyse the bones, pottery, and other evidence, including burnt grains. It will help to more accurately pinpoint the time period and gain further insights into the Iron Age feast.

Gary Brogan, MOLA Project Director said: “The A428 excavations are an incredible opportunity, we’re attending to see the massive picture of life previously across the region.

“Uncovering an Iron Age feast and possible evidence for beer brewing within the early Roman period, is transforming our understanding of the past communities of Bedfordshire and Cambridgeshire, from what they were eating and drinking, to how they could have traded each locally and across the Roman Empire.”

Lorraine Bennetts, senior project manager at National Highways, said: “It has been wonderful to see how the A428 improvements are revealing the stories of the people living in Bedfordshire and Cambridgeshire hundreds of 12 months ago, which we hope will encourage and intrigue local residents in the current day,” she said.

A MOLA spokesperson said: “As large quantities of grains are only allowed to germinate when the aim is to provide malt – step one within the brewing process – this strongly suggests the people living on the settlement were involved in beer production.”

But Project science advisor Rachel Ballantyne said that beer was not necessarily made at this exact spot. She said: “It is feasible only malt was being produced here, which was then taken to be brewed elsewhere.

“This raises interesting questions on how the people living on this farm might need been interacting with neighbouring communities as a part of a wider trade network.”The germinated grains are prone to have been accidently burnt, but this ancient mistake has benefitted our research.”

The Iron Age in Britain stretched from about 800BC until the period of Roman rule, which existed from AD43 until about AD410.

Experts have also found Neolithic and Bronze Age flint arrowheads at the positioning,  dating to between 4000 to 700BC. This discovery suggested that individuals were hunting animals in the world well prematurely of the farmstead.

In addition they found two 15m (49ft) round houses, providing evidence of a settlement at the positioning, while the stays of butchered animals, pottery, loom weights for weaving and private items were also discovered.

Lead archaeologist Dr Steve Sherlock said: “What is especially exciting is the positioning was initially established beside a considerable boundary ditch and we expect this boundary was used to define perhaps a tribal area.

“This massive ditch seems to have been maintained and sometimes redefined, whilst Iron Age settlements here and elsewhere respect the feature.”