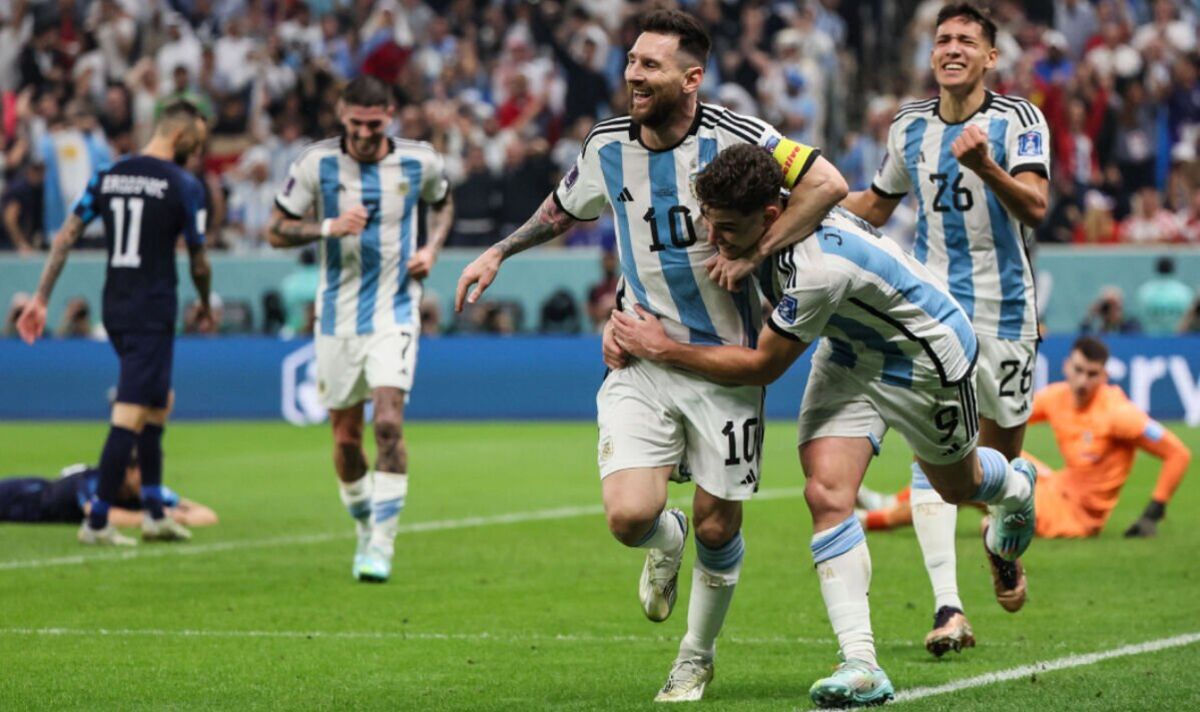 Argentina have booked their place within the World Cup final with a cushty 3-0 win over Croatia. Lionel Messi scored the opening goal from the penalty spot after Julian Alvarez was brought down by the goalkeeper. The Manchester City striker got on the scoresheet himself twice to drive his team into the ultimate. Express Sport takes a take a look at how every player performed…

Couldn’t bear to observe Messi’s penalty but had his eye on just about all the things else. Solid show.

Croatia had their best plays on his flank and he gave Perisic an excessive amount of space on occasions. Nothing disastrous though.

At all times watchful for the kind of passing Modric can tear defences apart with, his command of defence was strong.

Was tested by a determined Kramaric but proved equal to it generally, putting in some strong tackles.

First start within the tournament attributable to the suspensions it was regular deputy display to see Argentina through.

Bent one early shot across the post and great pass to Alvarez to set him on his strategy to winning the penalty.

Had one long-range shot that went straight on the goalkeeper but did a superb enough job pinning midfield.

Terrier-like at chasing down any loose ball and might even have scored with a fierce downward header.

The star, inevitably, creating space wherever he needed it and showed exactly how a captain should bury a penalty.

Sensible anticipation to win the penalty. Perseverance got him his first goal and a second tap-in thoroughly deserved.

His usual penalty heroics could do nothing to stop Messi and he finally ran out of saves to maintain Croatia in it.

Needs to be disenchanted along with his first tackle on Alvarez within the construct as much as the second goal – Croatia needed higher.

Allowed Alvarez to steal a march on him and run off his shoulder to earn the first-half penalty.

So strong so often on the back, if anything it was the players around him that proved more of a weak link.

Got back for the second tackle before the second goal but then didn’t make it – a lapse that spoiled his night.

A rare moment of miscontrol allowed Argentina to run through Croatia to win the penalty that set them on their way.

One other one who failed to point out up for Croatia and his number was up just five minutes into the second half.

Essentially the most industrious and effective of Croatia’s illustrious midfield but he couldn’t do it on his own.

Struggled to get a toehold game and no surprise he was certainly one of those substituted at half time.

Direct in attempting to retrieve the sport for Croatia however it was all too little too late.

A neat chip before the penalty might have been the opener but generally he was too clever and never effective enough.

PLAYER OF THE MATCH: Julian Alvarez