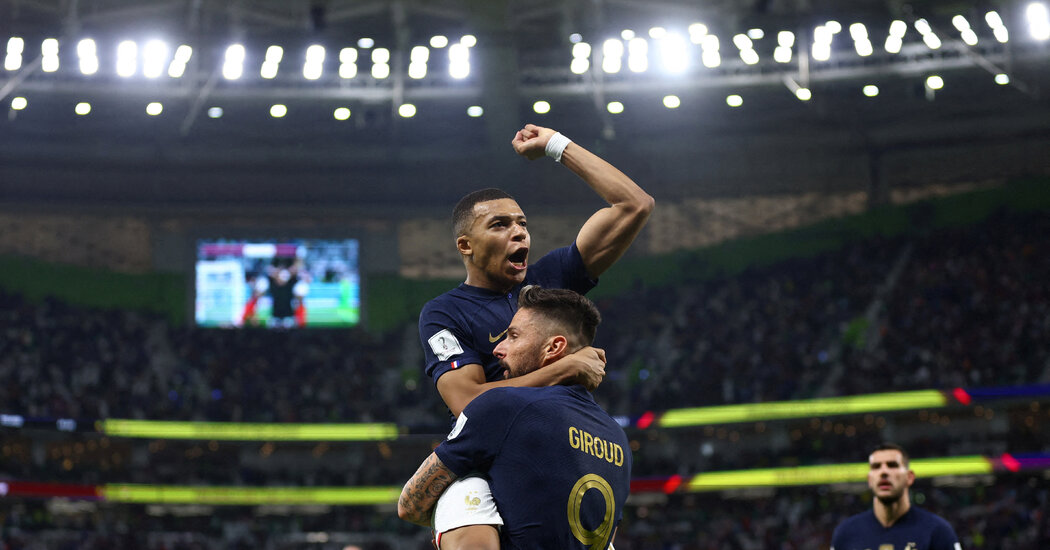 France’s commitment to proving the unrivaled depth of its resources, at this stage, swept past impressive way back. It’s now skirting the borders of remarkable.

Before the World Cup began, Didier Deschamps, France’s coach, had already lost five players to injury — most of them likely starters. Deschamps didn’t a lot as blink. Listed here are five more, similar to them.

Just a few days in, a sixth player, Lucas Hernandez, fell by the wayside. Deschamps — a person with an intense, deadpan demeanor that is barely barely undercut by a shy, coquettish laugh — didn’t even pretend to be flustered. High-quality. If that’s how you need to play it, he’ll just go and turn out to be the primary manager to retain the lads’s World Cup in half a century despite being a player down. He didn’t trouble summoning a alternative.

None of it has stopped France’s serene progress to a second successive final, in fact. However it shouldn’t be quite true to say that those absences haven’t affected Deschamps’s team in Qatar. While the French can have barely broken a sweat on their approach to the quarterfinals, they were anxious against each England and Morocco. There have been, in reality, fairly long stretches of each games when the reigning champion was on the back foot.

France won the World Cup in 2018 without being thrilling; that team appeared that it all the time had one other gear. This one, stripped of several key players, has looked just slightly prefer it has reached its edge.

Against Morocco, France had been deprived of two more players: Each Adrien Rabiot and Dayot Upamecano were absent, affected by a virus. It has been reported in France that the virus was contracted from England’s players through the quarterfinal, although the evidence for that claim is scant, at best. (A respiratory virus has been circulating in Doha all tournament; doctors, generally, have attributed it to not air-con, the diagnosis of no less than one Brazilian wing, but to the influx of greater than 1,000,000 people to the town.)

Wherever the virus got here from, in the times which have followed France’s semifinal, three more players have fallen victim to it: Raphaël Varane, Ibrahima Konaté and Kingsley Coman all missed training on Friday, 48 hours before the World Cup final. It shouldn’t be in-depth soccer journalism to suggest that shouldn’t be really ideal.

“Obviously, it will be higher if this was not happening,” Deschamps said on Saturday, a remark that’s impressively phlegmatic, even by his standards. “We’re handling it in addition to possible. We try to take as many precautions as we will, to adapt as crucial and get on with it.” France has done all it will possibly to mitigate the spread, isolating certain players and introducing social distancing for others.

Assuming those measures work, Deschamps still finds himself in an advanced position. All of those players laid low by illness will get up on Sunday morning adamant that they will play. They are going to report back to France’s medical staff that their symptoms have entirely disappeared. Deschamps will hope, in fact, that they’re right: He won’t wish to go right into a World Cup final without his three first-choice central defenders.

The issue is figuring out how much he can trust his players’ testimonies, and their instincts. Physical tests might suggest some, or all, of them are fit enough to start out, but will fatigue set in quicker than normal? Will they have the ability to perform to the absolute best of their abilities, within the (joint) biggest game of their lives in the event that they are still coping with the aftereffects of a virus?

And if they can not, what alternatives does he have? France produces players in such industrial quantities nowadays that it has long felt as if the country could send two teams to a World Cup, each of them able to winning the entire thing. Now does probably not feel the very best time to check that theory.