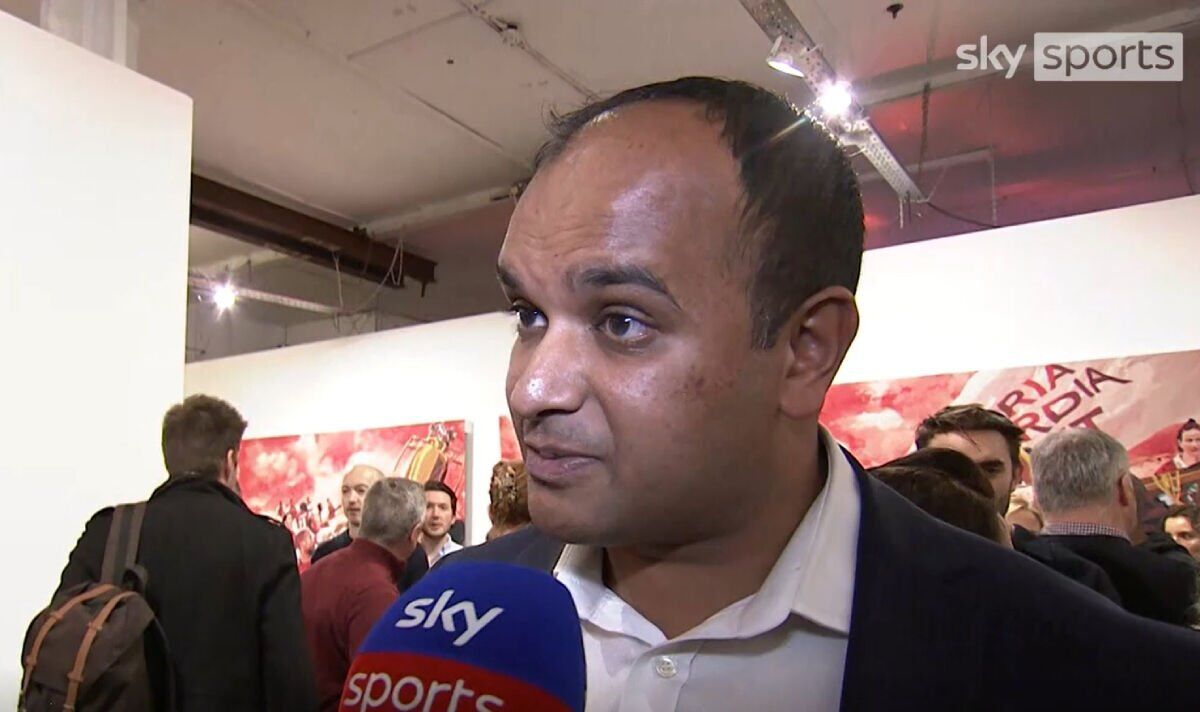 Arsenal chief executive Vinai Venkatesham has promised to “look to see what opportunities are on the market” during every transfer window. The Gunners have stormed to the highest of the Premier League table after winning 14 of their 17 matches this season.

“We’ve got a really clear plan headed up by [sporting director] Edu about what we would like to do to strengthen the squad,” Venkatesham told Sky Sports. “Every transfer window in fact we’re going to look to see what opportunities are on the market. If something is smart from a technical perspective and a financial perspective in fact we’ll take a look at it.

“But we’re completely satisfied with the squad that we’ve got. We’ll in fact take a look what’s around each transfer window. We’ve got a long-term plan to proceed to strengthen the team.”

Arsenal have invested heavily of their squad during the last 18 months, with the likes of Martin Odegaard, Ben White and Aaron Ramsdale arriving on the Emirates Stadium in the summertime of 2021, before Gabriel Jesus, Fabio Vieira and Oleksandr Zinchenko moved to north London last summer.

Arsenal missed out on a spot within the Premier League top 4 last season following a poor end to the season. However the north London giants began the brand new season in formidable form as they won their opening five games. Mikel Arteta’s side have continued to impress throughout the campaign and have lost on only one occasion within the league as they went all the way down to Manchester United in September.

The Gunners have beaten the likes of Tottenham, Liverpool and Chelsea for the reason that campaign got underway and at the moment are five points ahead of second-place Manchester City. Earlier this week the team saw off Oxford within the FA Cup to progress to the fourth round of the competition. But Arteta’s side are set for a difficult week once they return to league motion as they travel to Spurs on Sunday, before hosting Erik ten Hag’s Red Devils every week later.