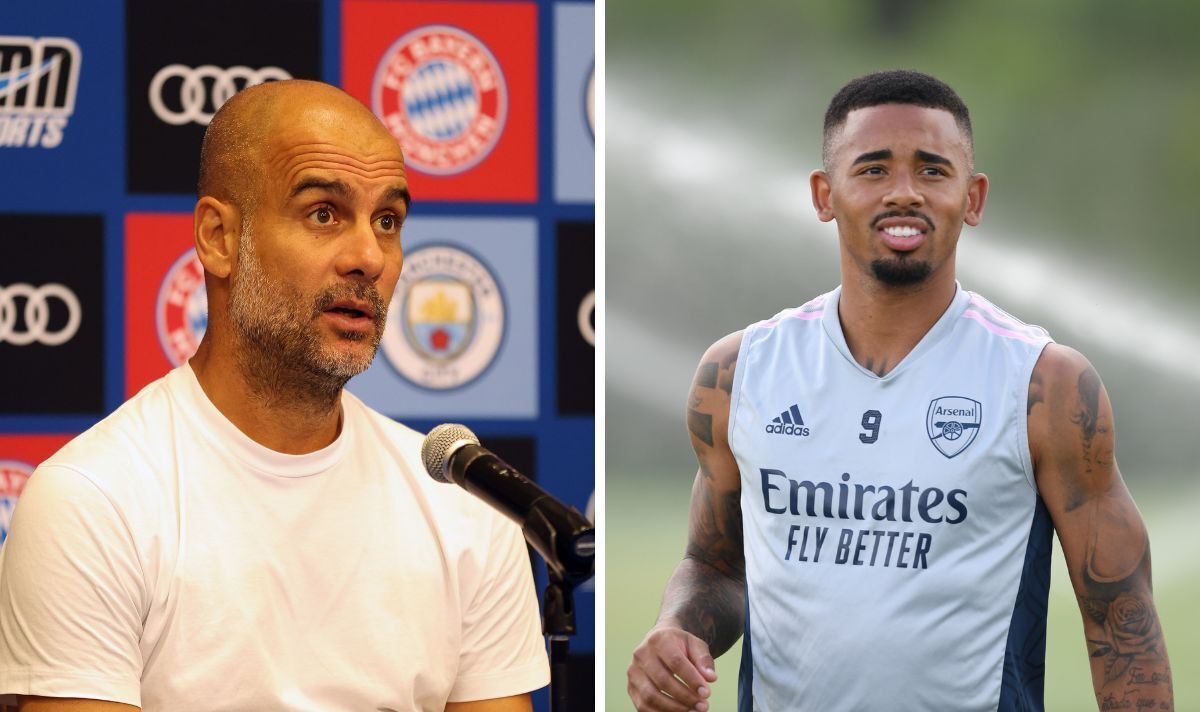 Pep Guardiola has suggested Gabriel Jesus could fill a surprising role at Arsenal after breaking his silence on the Brazilian’s £45million summer switch. Jesus has left Manchester City after a successful six-year stint and has already made a splash at his recent club during pre-season.

The 25-year-old has been a part of a triple-header of big-money departures from Guardiola’s squad ahead of the brand new season. Sterling also left for rivals Chelsea in a £50m deal before Oleksandr Zinchenko joined him at Arsenal, who splashed an extra £32m on his services.

Ahead of Saturday’s Community Shield match against Liverpool, Guardiola addressed their exits for the primary time. The Catalan boss described Jesus as potentially the ‘nicest’ person he’s worked alongside and credited him for arriving on the club to compete with a Man City icon in Sergio Aguero.

He said: “Gabriel perhaps is the nicest person I actually have ever worked with. It was an enormous task to be alongside and compete with the legend of this club, Sergio Aguero. Sergio Aguero scored loads of goals with us. So Gabriel, a young, young player from Brazil, got here to compete with him, and he was on a regular basis ready to just accept every part.”

Guardiola also heaped praise on the departed star’s versatility, surprisingly crediting his ability as a defender in addition to a striker and winger. He admitted he would miss Jesus in his squad for the upcoming game but would take great pleasure in his success on the Emirates Stadium.

“He’s the perfect striker/defender I ever found to play within the three positions,” Guardiola continued. “[He] can play five minutes; he plays the perfect five minutes of his life. He plays for 90 minutes; he’ll give every part. I had the sensation that usually, we might miss him, however it’s football, it’s life, and the successes, all of them, will probably be our happiness.”

Jesus made 233 appearances in all competitions for Man City, registering 95 goals and 46 assists. He lifted 4 Premier League titles, 4 League Cups, two Community Shields and an FA Cup during his spell on the Etihad Stadium.

Mikel Arteta is widely expected to make use of him as his starting striker, competing with Eddie Nketiah, with Bukayo Saka occupying the suitable flank. But Arteta will completely trust Guardiola’s evaluation, so a brief shift on the defensive side of things when needed may not come as an entire surprise.