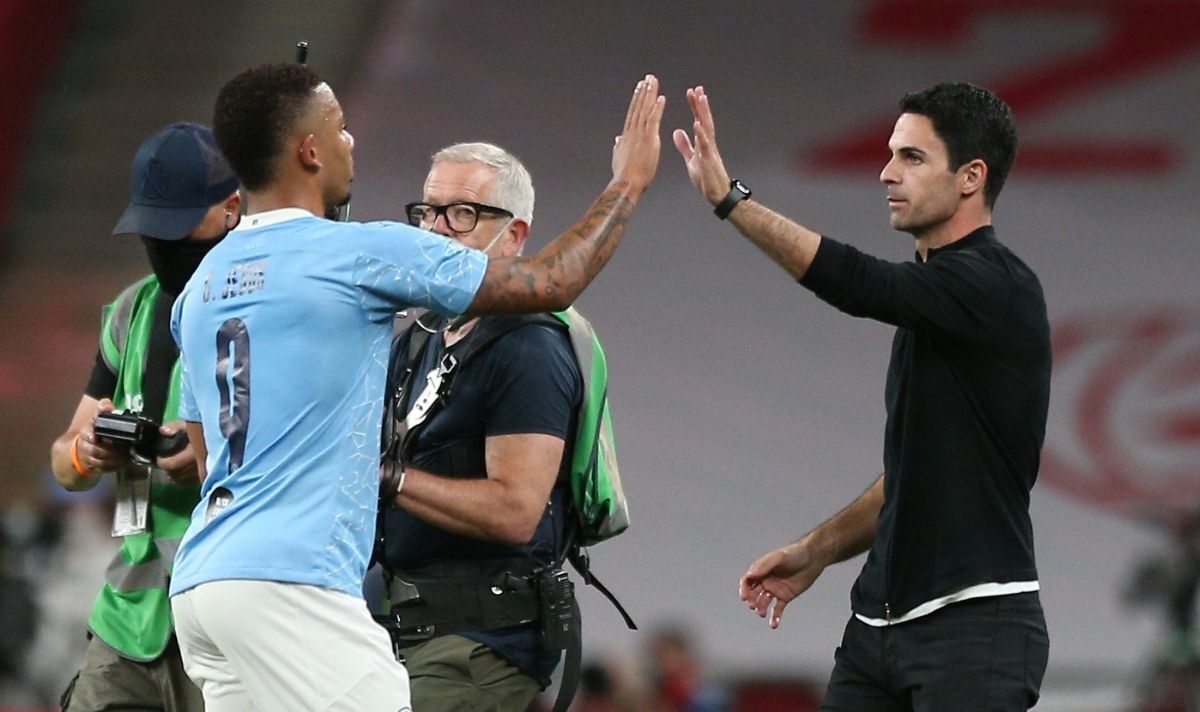 Manchester City centre-forward Gabriel Jesus and his representatives have decided they may not completely rule out a transfer to Arsenal if the club fail to secure Champions League football, in keeping with reports. There’s now concern in north London that the Gunners is not going to give you the chance to draw their top targets in the event that they miss out on a top-four finish, as expected, following the 2-0 defeat to Newcastle on Monday night.

Arsenal had remained on target to secure fourth ahead of Tottenham before their 3-0 humbling against their rivals every week ago.

It was a result that absolutely flipped the balance and saw Spurs gain the momentum as Antonio Conte’s side followed up their north London derby victory with a 1-0 win over Burnley.

Now Arsenal need a miracle to secure the return of Champions League football. They have to beat Everton on Sunday and hope that bottom-place Norwich one way or the other pull off a scalp against Spurs.

Yet it is not all doom and gloom for the Gunners with The Sun now reporting that Jesus and his team are still not ruling out a move to the Emirates, even when Arsenal are playing Europa League football come the beginning of next season.

And if a few of those clubs are capable of offer Champions League football, Arsenal can have their work cut out attempting to twist Jesus’ arm.

Yet they do reportedly boast a bonus with the 25-year-old seemingly keen to stay within the Premier League after over five years with City.

Because it stands, no other English clubs have entered the running – although that might soon change at the top of the campaign.

Tottenham had previously been offered Jesus in part-exchange for Harry Kane but Spurs politely declined.

The centre-forward desires to play commonly to consolidate his place in Brazil’s World Cup squad ahead of November’s tournament in Qatar and Arsenal could be completely satisfied to supply him assurances of game time.

Arteta and Edu do have a lot of other forwards on their radar in case a move for Jesus fails to materialise.