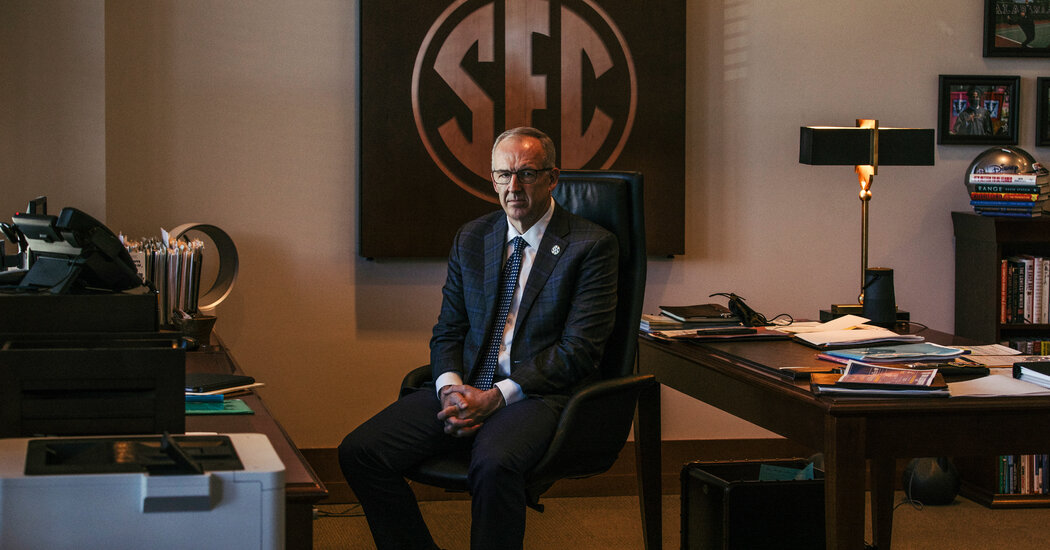 “He desires to be helpful, but if you happen to screwed up, you were going to be accountable for that,” said Greg McGarity, who was then a top official at Florida and later spent a decade as Georgia’s athletic director. “He was not a get-out-of-jail-free-type person. For those who violated rules, especially intentionally, he had no patience for that.”

A Power 5 chief and an embattled watchdog

The SEC’s leaders had set a gathering in 2015 to select Slive’s successor. And although Daniel Jones, who was then Mississippi’s chancellor, had been gravely sick for months, he resolved to be there. He wanted Sankey.

Other SEC chiefs were making similar calculations. David Gearhart, who was the Arkansas chancellor, said Sankey was “not the flashy type, but that’s what we liked about him.”

Their vote was unanimous.

In his second 12 months as commissioner, Sankey faced the form of situation that, on the time, counted as a crisis. Hurricane Matthew had forced the cancellation of Louisiana State’s game at Florida and fueled a spat between two of the league’s powerhouses and their players. (An L.S.U. linebacker, for example, accused the Gators of being “scared” to play in Baton Rouge.)

Neither school was particularly pleased with the end result that Sankey helped devise: The colleges combined to spend $2 million to cancel nonconference games in order that they could play one another later, and policy changes gave the SEC more power for similar situations in the longer term.

“Loads of people at that time were really wondering if he was going to give you the chance to beat it,” said Paul Finebaum, who has covered the SEC for a long time, now as an ESPN host. “I believed it was a critical moment where it could have gone two other ways. He played it very cautiously, and he could have lost a headline short-term, but, ultimately, he didn’t make a grievous error.”