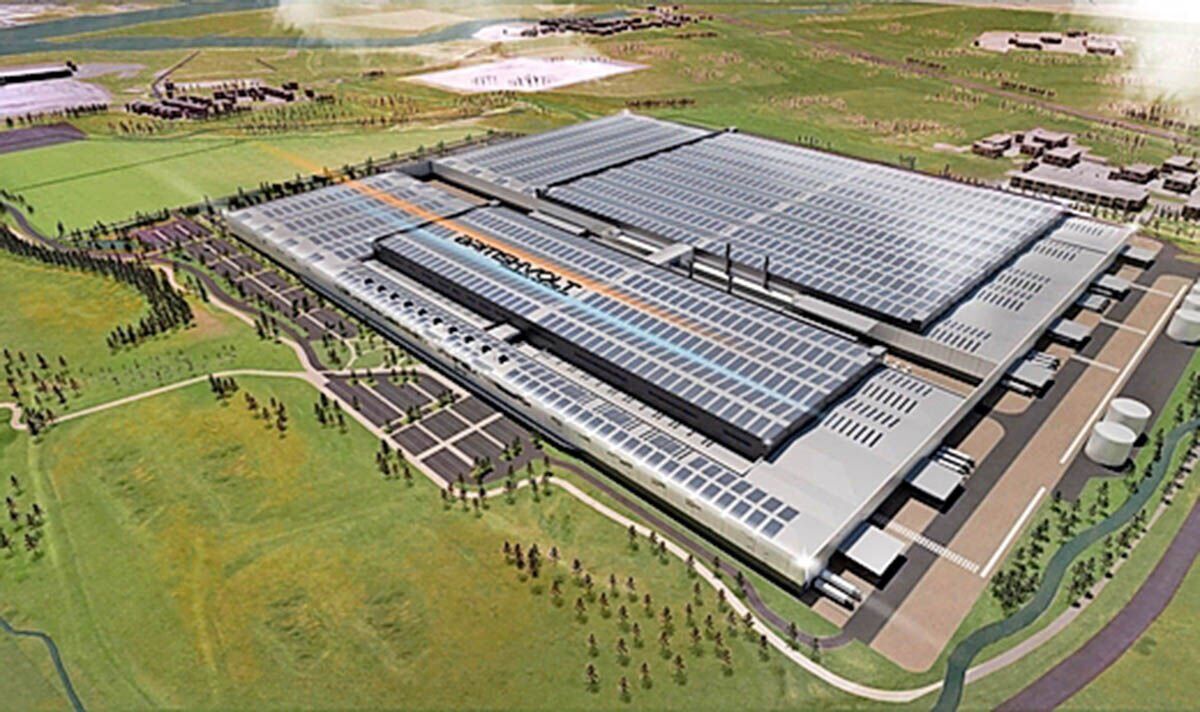 The firm, which was planning to construct a £3.8billion gigafactory near Blyth, in Northumberland, had been racing to secure additional rescue funding or a sale of the business. EY, who were appointed joint administrators, described the collapse as “disappointing”, and said all impacted staff were being offered support.

Dan Hurd, a joint administrator and partner at EY, said the firm had offered “a big opportunity” to create jobs and employment, in addition to support the event of technology and infrastructure needed to assist with the UK’s energy transition.

He added: “It’s disappointing that the corporate has been unable to fulfil its ambitions and secure the equity funding needed to proceed.”

Britishvolt’s board is believed to have decided at a lengthy meeting on Monday that there have been no viable bids to maintain the corporate afloat.

The Government-backed start-up has been developing the gigafactory in Northumberland, and received tens of hundreds of thousands of kilos of monetary backing from metals giant Glencore.

But it surely fell into emergency funding talks in November after revealing it was near entering administration and managed to secure funding to maintain it afloat within the short term.

Ben Nelmes, the chief executive of motoring consultancy Recent AutoMotive, said: “The news that Britishvolt is filing for administration is deeply disappointing, and a blow to the UK’s transition to cleaner, cheaper transport.

“The UK urgently needs a green industrial strategy to stop the trickle of bad news concerning the UK automobile industry turning right into a torrent in just a few years’ time.”

Business minister Kevin Hollinrake insisted the Government has not withdrawn any money from Britishvolt.

Darren Jones, the Labour chairman of the Business, Energy and Industrial Strategy Committee, pressed the minister on Britishvolt’s collapse.

He told the Commons: “Britishvolt, the once valued £3.8billion-site of national importance for the production of electrical vehicle batteries in our country is today going into administration.

“Does the minister agree with me that the longer term of UK automobile manufacturing relies on UK battery production? And if that’s the case, what’s he going to do about it?”

Mr Hollinrake replied: “Again, he raises a vital point. It’s essential to notice that we’ve got not withdrawn any money from Britishvolt but clearly taxpayers’ money is very important. It’s essential that we dispense that cash in a responsible way.

“There have been clear milestones we expect anybody who’s received public money to hit and we’re the situation very fastidiously to make sure that they’re.”

The Government plans to ban the sale of latest cars powered by diesel and petrol engines by 2030.