Babies in First Class: Which Side of the Aisle Are You On? 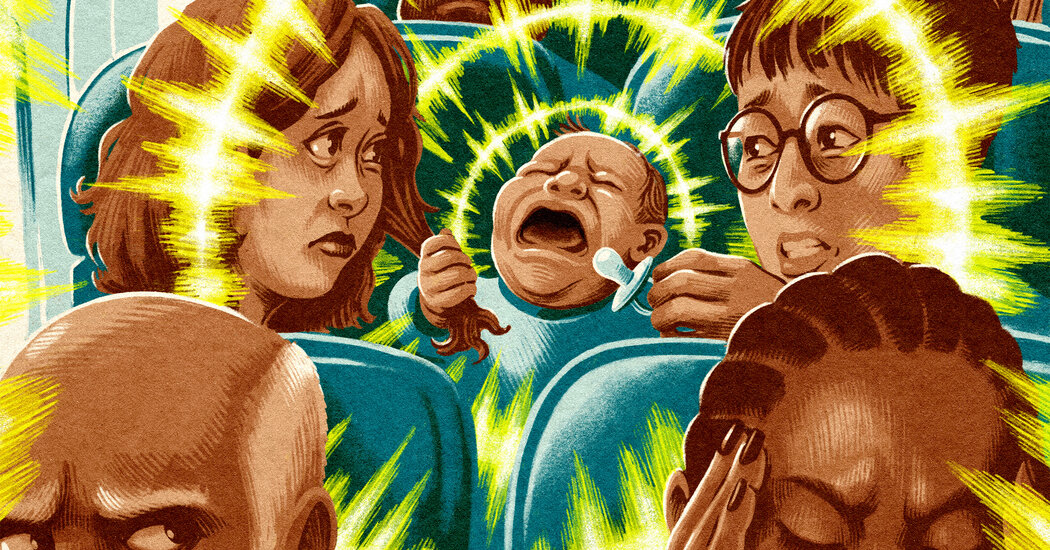 Before booking a first-class ticket, parents must make an informed decision as as to if they think their child will likely be a disruption, said Elaine Swann, the founding father of the Swann School of Protocol, an etiquette school in Carlsbad, Calif. This implies being conscious of the length of the flight, the time of day that they’re flying and the age of the kid. If it looks as if the kid will likely be a disruption to others, parents should select one other section of the plane, Ms. Swann suggested.

“That is where we’d like to take into consideration how our selections and our behavior can impact others’ well-being,” Ms. Swann said.

Parents of babies must also be prepared to appease their children with food, drinks, toys and entertainment, said Jacqueline Whitmore, an etiquette expert and former flight attendant for Northwest Airlines who’s now the director of the Protocol School of Palm Beach, an etiquette consulting and training firm. Since there’s no policy prohibiting children and babies from flying in top quality, then so long as they’re respectful and well behaved, they belong there, she said. Plus, Ms. Whitmore said, lots of them are higher behaved than some adults.

Collette Stohler, a travel journalist and the co-creator of Roamaroo, a travel blog, has taken her baby to 6 countries and 7 states in top quality throughout his 8-month life, and she or he said she’d received many compliments on how well behaved the infant has been on those flights. That’s greater than she will be able to say for the adults surrounding her child.

“We’ve encountered loads of ill-behaved, loud, drunk and entitled adults that disturb the peace in first-class cabins on many flights,” Ms. Stohler said.

When Dr. Amy Guralnick, a pulmonologist, took her 3-year-old to Israel from Chicago in business-class seats, the girl next to her immediately switched her seat to educate to avoid being around the infant. The person who claimed the abandoned business-class seat was loud and obnoxious and spilled his drink on the infant, who slept throughout the whole 12-hour flight, Dr. Guralnick said.

“When deplaning, the unique woman saw us and said she kept checking on us in the course of the flight, and saw that Sasha slept the entire time, and lamented that she hadn’t kept her original seat,” Dr. Guralnick said.