‘Bad Sisters’ Review: The Family That Kills Together (Perhaps) 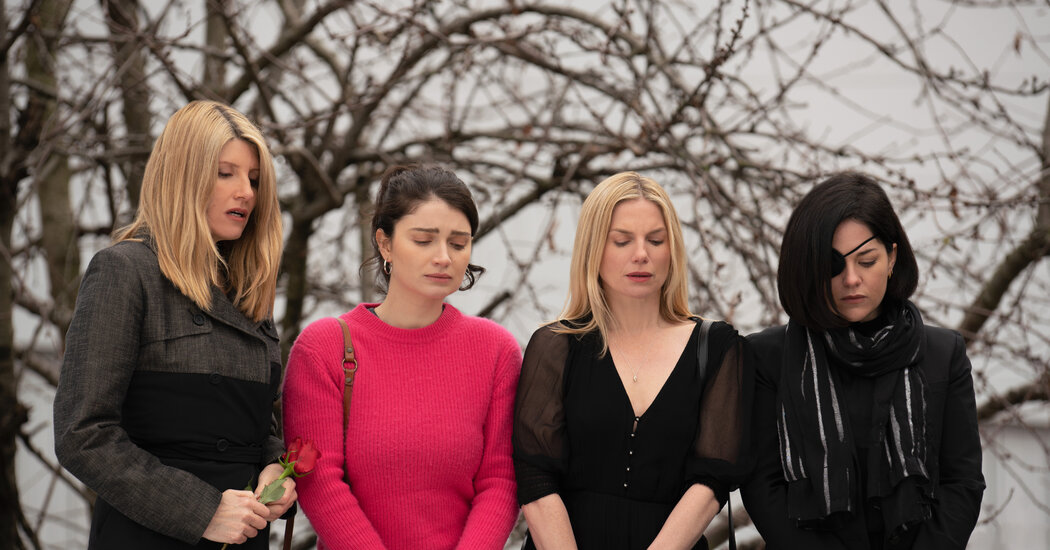 A despicable male is found dead, and the prime suspects are a gaggle of girls who desired to protect one in every of their number from his constant oppression. The killer or killers are eventually revealed; a variety of driving is completed up and down a picturesque coastline. It’s the “Big Little Lies” scenario, but “Bad Sisters,” premiering Friday on Apple TV+, adds something recent and refreshing to the formula: a humorousness.

The Irish author and performer Sharon Horgan, who created “Bad Sisters” with Dave Finkel and Brett Baer, has been behind a few of the most caustically funny shows on British television this century, like “Pulling” (raucous female friendship) and “Catastrophe” (the chaos of marriage). Earlier this 12 months, she branched out, recasting “The Shining” as a family sitcom in “Shining Vale” on Starz.

“Shining Vale” and “Bad Sisters” don’t send up the horror and avenging-women-thriller genres; they employ humor, strategically and affectionately, to provide the genres recent life. The ten hourlong episodes of “Bad Sisters” (based on a Belgian series, “Clan”) tell a serious story concerning the damage that ripples outward from one offended and devious man, but Horgan and her collaborators use the structures of comedy to take care of energy and sustain our interest, and so they mostly avoid the tendencies toward moralism and melodrama that this kind of narrative often lapses into.

The villain of “Bad Sisters” is John Paul Williams (Claes Bang), who works within the finance department of a Dublin architecture firm. We first see him in his coffin at his wake, which is where we’re introduced to the five sisters of the title: Grace, his long-suffering wife (Anne-Marie Duff), and his in-laws Eva (Horgan), Ursula (Eva Birthistle), Bibi (Sarah Greene) and Becka (Eve Hewson).

The circumstances of John Paul’s death are kept from us until late within the series, but we all know that it has been ruled an accident because Tom (Brian Gleeson) and Matt (Daryl McCormack), a pair of barely feckless half brothers who own a small and failing insurance agency, have got down to prove otherwise. In the event that they can show that it was murder, they won’t need to repay on the life-insurance policy that Grace holds.

Their stumbling but bullheaded progress — they’re like low-rent cousins of Edward G. Robinson in “Double Indemnity” — is one in every of the show’s clever comic storytelling devices. The investigation they perform is remarkably effective, largely because nobody gives much thought to talking with them, and the audience is at all times a step or two ahead in putting together the facts they’re uncovering.

Tom and Matt unwittingly guide us through the larger story, wherein continual flashbacks illustrate John Paul’s awfulness and the increasingly dire steps the sisters absorb response. Each sister proves to have her own reason to want him dead, which complicates the narrative and fills out the ten episodes. Essentially the most baroque of those subplots involves the lack of one in every of Bibi’s eyes, which requires Greene to wear a pirate-like eye patch that’s a neat visual joke in its own right.

The trickiness and delayed revelations mean that “Bad Sisters” is a forest of spoilers, about which it will probably perhaps safely be said that the sisters-in-law find themselves willing to contemplate murder and that John Paul proves, through a series of misadventures which might be grisly in nature and slapstick in form, to be comically indestructible, right up until he isn’t.

Beyond the smart construction and tart dialogue, especially within the episodes (4 of 10) written or co-written by Horgan, “Bad Sisters” succeeds since the five lead actresses persuade us that they’re a family unit, sometimes for worse but mostly for higher. The characters are types — strong and overprotective Eva, offended Bibi, flighty but sensible Becka — however the performers make them distinctive and make us feel their fierce devotion to at least one one other.

Particularly good is Duff within the difficult, thankless role of Grace, who sticks with John Paul despite being gaslighted, debased and controlled; it might be easy to write down her off and disengage from the show, but Duff keeps us together with her, showing the layers of insecurity, fear and honest devotion that make sense of the character.

The actual key to the show, though, is the performance by Bang, who pulls off a fair more impressive feat with John Paul, expertly portraying his ghastliness while also rendering him as absolutely human and never for a moment descending into caricature. John Paul’s sociopathy is, with just a few exceptions, a matter of conversational malevolence and tactical maneuvering somewhat than physical violence, and Bang executes his attacks with the self-satisfied joy of a childish virtuoso; as a substitute of playing up monstrousness or soullessness, he puts a twinkle in John Paul’s eye and a touch of uncertainty beneath his bravado, and you may’t take your individual eyes off him.