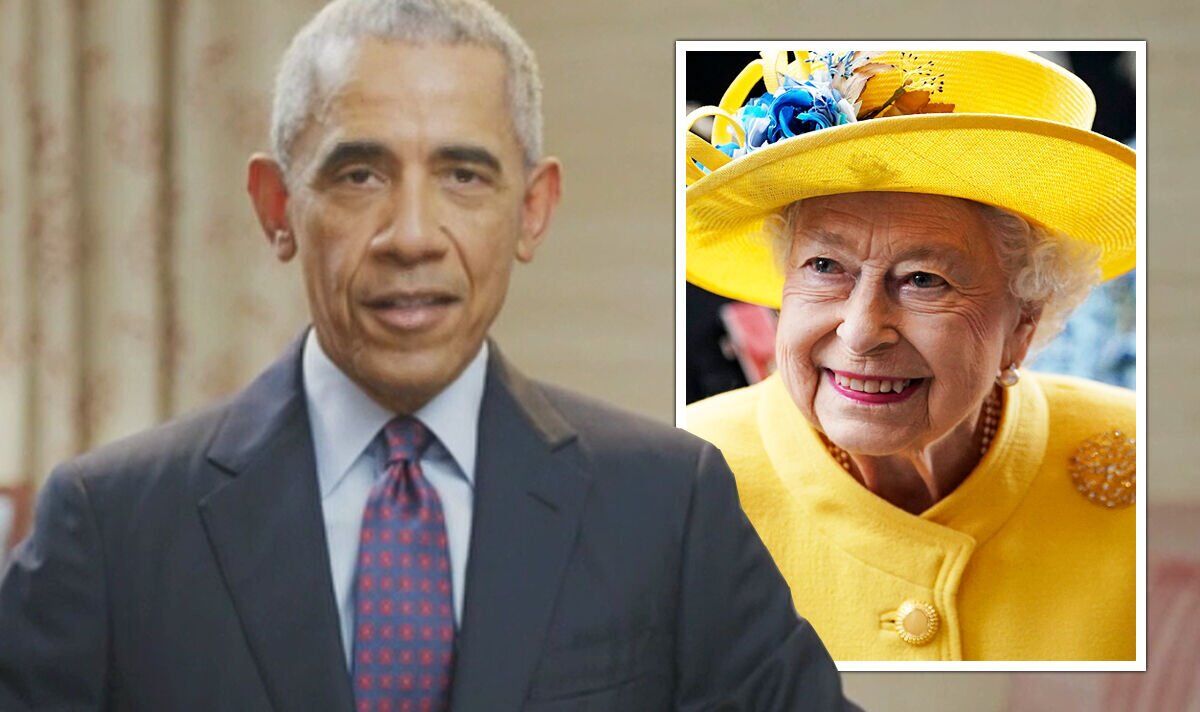 The Queen is celebrating 70 years on the throne this weekend, and tributes from celebrities and officials from all over the world have been pouring in. While Kirsty Young presented the BBC’s coverage of Her Majesty’s Trooping of the Color birthday celebration, Barack Obama has recalled his several meetings with the royals in a special Platinum Jubilee tribute.

President Obama revealed the Queen was one of the crucial “remarkable” people he had ever met in his Jubilee tribute.

“Whenever you’re President of america, you meet lots of remarkable people,” he told viewers. “And you are trying under all circumstances to retain your composure.

“But that’s harder than you think that once you’re visiting Her Majesty.”

The forty fourth US president recalled his first trip to Buckingham Palace in 2009 when he met the Queen and her husband Prince Philip for the primary time.

Obama continued: “Before I took office, Michelle and I hadn’t been to too many palaces.

“So, we weren’t sure what to anticipate on our first trip to Buckingham [Palace]. But we shouldn’t have been apprehensive.”

The BBC broadcast played footage of the previous president and his wife Michelle shaking hands with the Queen and Duke of Edinburgh alongside his message.

“Her Majesty put us comfy along with her grace and generosity,” he recalled.

“And I learned a lot from seeing the instance she set for all of us who’ve the privilege to serve.”

Addressing the Queen directly, he added: “Your Majesty, it could be an understatement to say the world has modified a bit within the seven many years because you first got here to power.

“But your character never has. Your steadfast stewardship of certainly one of our most significant democracies has made the world safer and more prosperous through war and peace, times of adversity, and times of prosperity.

“Your life has been a present, not simply to the UK, but for the world.”