Barbara Walters Is Remembered as a Trailblazer in Journalism 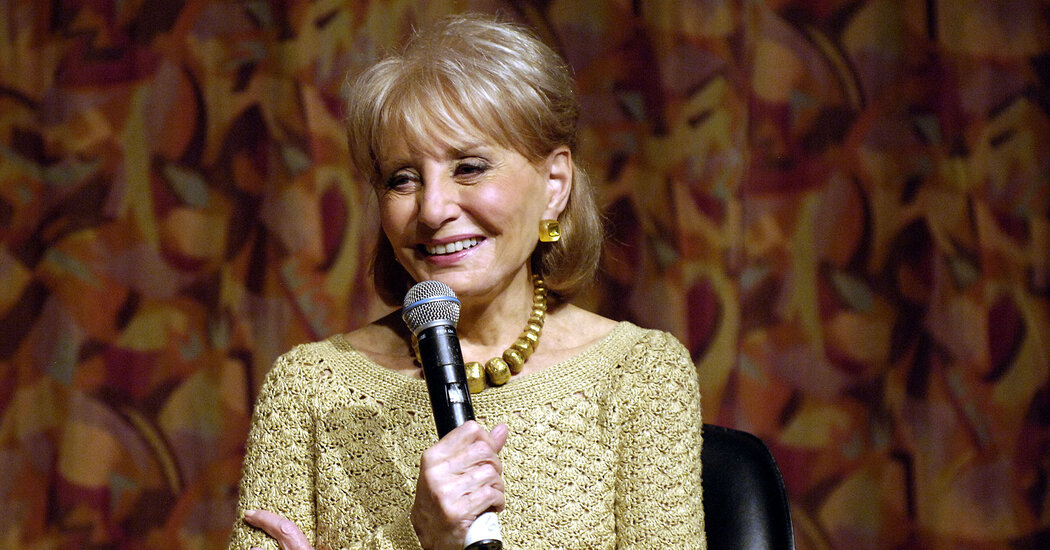 Barbara Walters, who died Friday on the age of 93, was remembered for her tenacious journalism that blazed a trail for ladies within the industry.

As word of her death spread, memories and tributes to Ms. Walters flooded social media.

Robert A. Iger, the chief executive of the Walt Disney Company, which owns ABC News, said on Twitter that Ms. Walters “was a real legend, a pioneer not only for ladies in journalism but for journalism itself.”

Journalists across the country recalled on Friday night the effect that Ms. Walters had on their careers, directly and not directly. Many noted how her interviews were models for good journalistic practices. Others marveled on the bravery she displayed when sitting across a number of the world’s strongest people. And lots of described Ms. Walters as a “trailblazer” who helped carve a path for ladies within the news industry.

David Muir, an anchor for ABC News, wrote on Twitter that “so often we toss across the words icon, legend, trailblazer — but Barbara Walters was all of those.” He added that “above all else, Barbara Walters was brave.” Robin Roberts, an anchor on “Good Morning America,” said that she was “perpetually grateful for her stellar example and for her friendship.”

Deborah Roberts, an ABC News senior national affairs correspondent, said on Twitter that she “will always remember” when Ms. Walters called to supply her a job on “20/20.” She said it was an honor to share the set.

“The world of journalism has lost a pillar of professionalism, courage, and integrity,” Mr. Somewhat said.

Maria Shriver, a former NBC News anchor and California first lady, described Ms. Walters as a mentor and a friend. “So many ladies broke into the news business because she did her job well,” Ms. Shriver wrote on Twitter.

Meghan McCain, a former host of “The View,” said on Twitter that Ms. Walters’s “hard hitting questions & welcoming demeanor made her a household name and leader in American journalism.”

Star Jones, certainly one of the unique co-hosts of “The View,” wrote: “I owe Barbara Walters greater than I could ever repay. Rest well sister.”

Ms. Walters’s reach also stretched beyond the journalism industry. Actors and athletes remembered her ability to be fearless during interviews.

Lynda Carter, an actress best known for her role as Wonder Woman within the live-action television series, described Ms. Walters as an “American institution.”

“As the primary female national news anchor, she opened the door to infinite possibilities for thus many ladies who desired to work in TV, myself included,” Ms. Carter said on Twitter. “Her impact can’t be overstated. I’ll miss you, Barbara. Thanks for all the things.”

The N.B.A. Hall of Famer Kareem Abdul-Jabbar said that Ms. Walters never flinched when questioning the world’s strongest people. “She held them accountable,” he wrote on Twitter. “She cared concerning the truth and she or he made us care too. Fortunately, she inspired many other journalists to be just as unrelenting.”