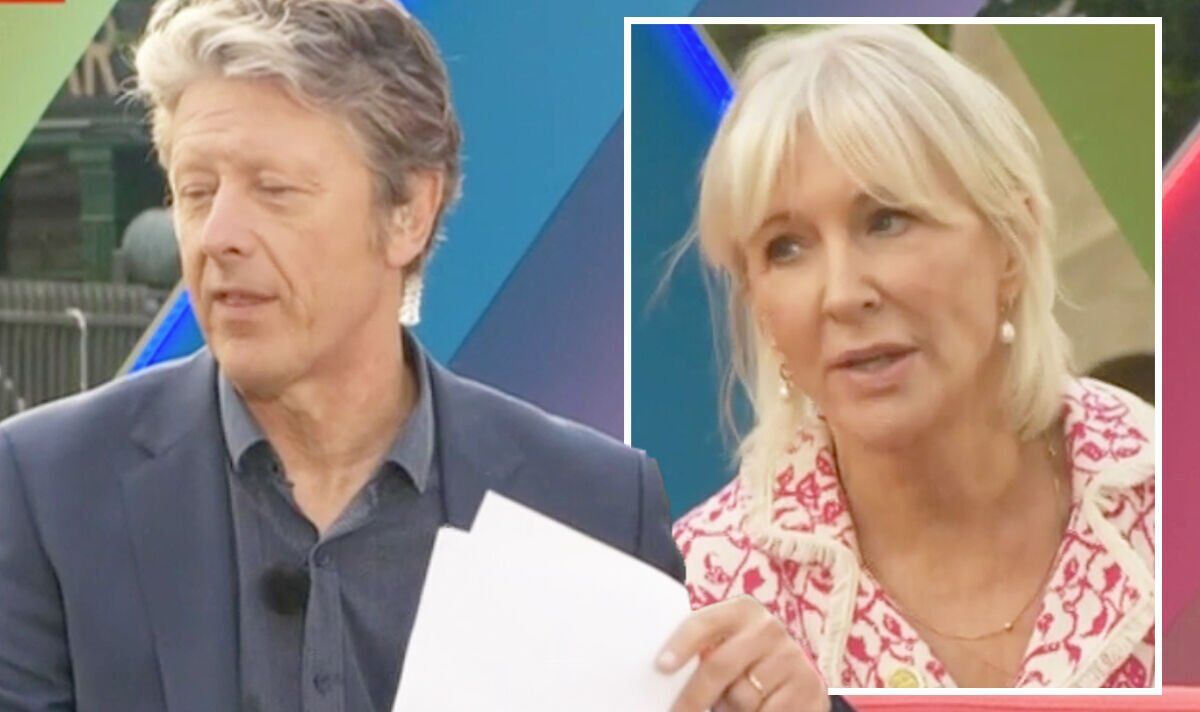 With this 12 months’s Commonwealth Games kicking off in Birmingham today, Charlie Stayt was fronting BBC Breakfast live from the town where he was joined by Culture Secretary, Nadine Dorries. Stayt has plenty on the agenda to grill Dorries on, from the continuing obesity crisis to the Tory leadership race. Nonetheless, each Stayt’s line of questioning and Dorries’ attempts to seemingly dodge the probes left BBC viewers slightly irked.

One instance of a clash between the BBC host and Culture Secretary got here as Stayt grilled Dorries on her support for Liz Truss in the continuing Tory leadership race.

He brought up tweets Dorries made against Rishi Sunak, despite Conservative Party members being reportedly keen for positive and amicable campaigning slightly than hostile.

“There’s been loads of words knocking around that we could do without,” he continued. “You could have been directly involved in a few of that.

“Why hassle saying that if you happen to imagine in positive campaigning?” Stayt grilled before Dorries defended her comments by mentioning “judgement is vital” because the country faces a “cost of living crisis”.

Nonetheless, before Stayt could query her anymore, Dorries segued back to the Commonwealth Games, suggesting the country’s focus needs to be on Birmingham and the sporting events slightly than the leadership race.

And Stayt followed suit, failing to choose Dorries up on her answers and as a substitute showing off the finish line for the marathon race attributable to happen.

In consequence of the pair’s chat, a number took to social media to share their thoughts – and a number weren’t best pleased with the way it unfolded.

And Arnaud Humblot agreed: “Nadine on BBC Breakfast, one other automotive crash interview. She is unable to just accept any mistakes. Reply to tweet re prada/earring is a few nonsense about leveling up and having good judgement. Her answer to the obesity Q was also incredibly bad.”

Nonetheless, many took aim at Stayt, with @sneaky_001 arguing: “Could @BBCBreakfast Charlie Stayt be more left wing bias if he tried….deal with Rishi suits higher than discussion content. Such a poor quality interviewer.”

@HelsMaddz concurred: “Charlie Stayt defending Rishi whilst he’s purported to be talking about #TheCommonwealthGames. Seems the #BBC has a recent leader they need. @BBCBreakfast.”

While Martin Dunne suggested: “The more I see of @NadineDorries standing up for Liz Truss (and facing Charlie Stayt down on @BBCBreakfast today ) the more I feel she is one in all our greatest MPs. She is fluent and clear considering and says what she thinks.” (sic)

BBC Breakfast airs every day at 6am on BBC One.