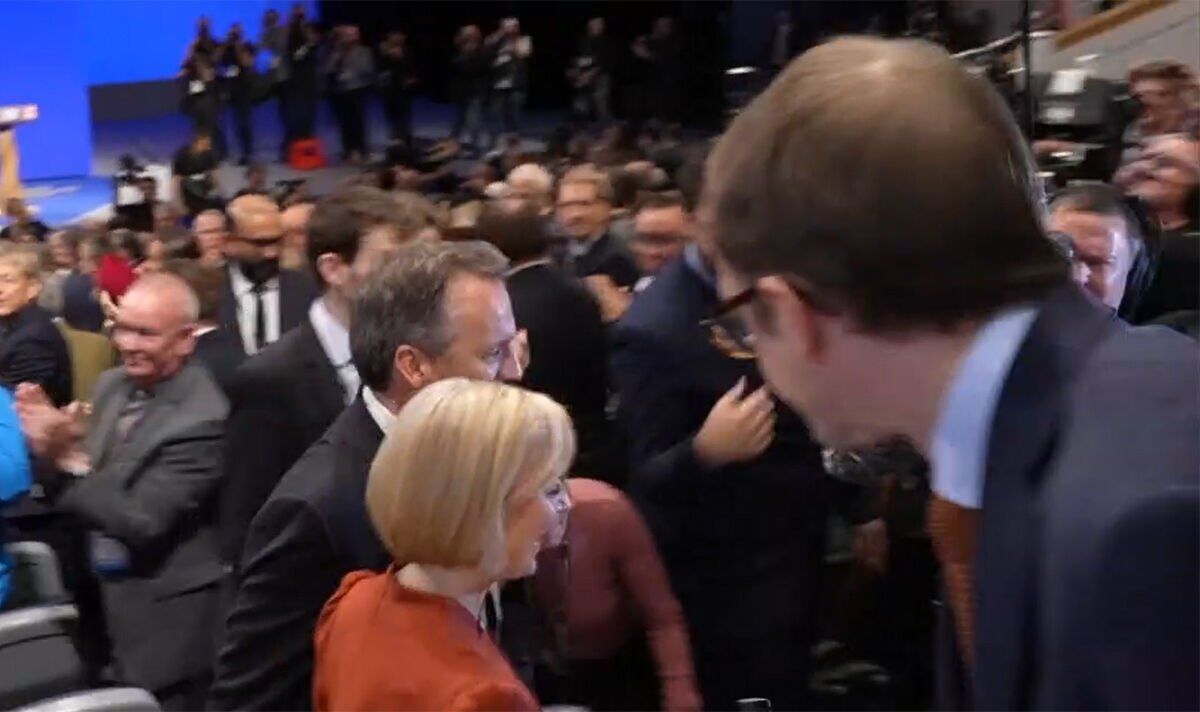 Viewers complained to the BBC after its coverage of Liz Truss’ speech in Birmingham this week sparked a backlash. The Prime Minister brought the Conservative Party conference to an end on Wednesday with a speech to party activists and MPs. Nonetheless, viewers took issue with the BBC’s reporting of the speech, with one calling it “snide and nasty”.

The complaints even triggered a response from the BBC because it sought to defend itself.

The backlash was covered this morning on BBC Newswatch, which monitors viewers’ opinions on the BBC News coverage.

One in every of the incidents that drew complaints was the BBC political editor’s immediate response to the speech.

As Ms Truss passed him within the hall, he shouted after her: “Have you ever done enough Prime Minister?”

He then continued his reporting: “That was the speech of a PM attempting to hold her party together.

“This has been a conference dominated by dysfunction and disagreement, even open civil war.

“It seems like an exaggeration nevertheless it really is not.”

JUST IN: ‘I heard!’ Naga Munchetty hits out at Sturgeon over net zero strategy

“Did he seriously expect a reply to this query, or more likely was it done for effect? Shocking behaviour.”

One other incident that drew outrage was Mr Mason’s remarks on Ms Truss stepping into a automobile after the speech.

He reported: “As for the Prime Minister she couldn’t leave quickly enough.

“She will be able to run away from this conference but not the immense challenges she confronts.”