‘Benediction’ Review: A Poet’s Life, in Love and War 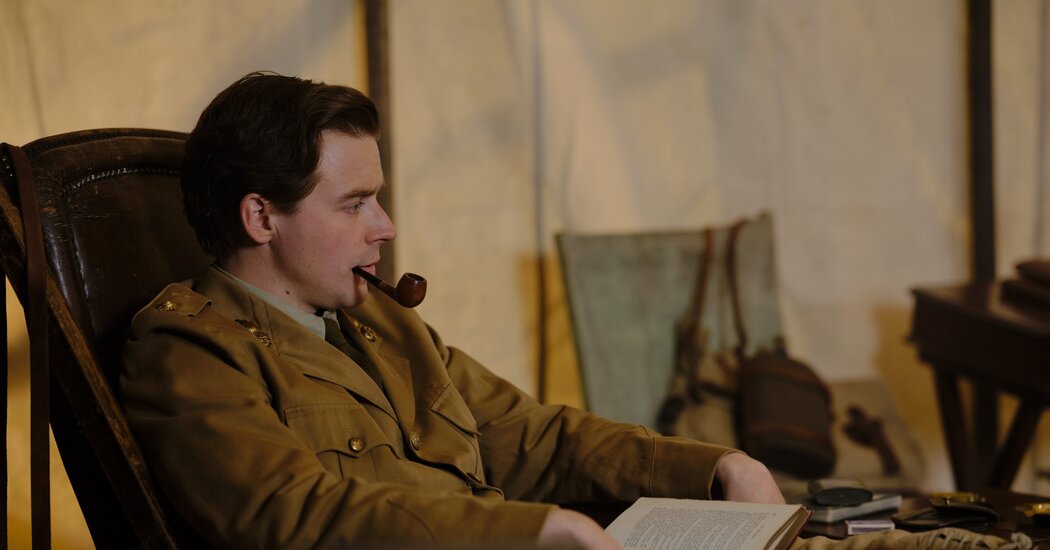 Since his first feature, “Distant Voices, Still Lives” in 1988, the British author and director Terence Davies has made a handful of movies that might be described — owing to their emotional subtlety and formal precision — as poetic. Recently, he has been making movies about poets, which isn’t quite the identical thing.

“Biopic” is a careless word for a prosaic genre, and screen biographies of writers are more apt to be literal than lyrical. I believed “A Quiet Passion,” Davies’s 2017 rendering of the lifetime of Emily Dickinson, was an exception, as attentive to its subject’s inner weather as to the small print of her time and place. A few of Dickinson’s admirers felt otherwise, but I still insist that the movie and Cynthia Nixon’s central performance brought the poet’s idiosyncratic, indelible genius to life.

“Benediction,” which is in regards to the British poet Siegfried Sassoon, is in some ways a more conventional affair. Sassoon, whose life stretched from the late Victorian era into the Sixties, is primarily remembered as one among the War Poets. Their experience within the trenches of World War I inspired verse that modified the diction and direction of English literature, and Davies powerfully begins the film with archival images of slaughter accompanied by Sassoon’s unsparing words, drawn from poems, prose memoirs and letters.

Similar words and pictures recur at various points in a narrative that occasionally jumps forward in time but that mostly recounts the chronology of Sassoon’s postwar life. He’s played in his 30s and 40s by Jack Lowden and as an older, unhappier man by Peter Capaldi, whose resemblance to late photographs of Sassoon is uncanny.

Having already acquired some fame as a author while the war continues to be happening, Sassoon circulates a scathing antiwar statement by which he refuses further service on the grounds that “the war is being deliberately prolonged by those that have the facility to finish it.” Expecting a court-martial and ready, no less than in principle, to face a firing squad, he’s as a substitute called before a medical board, because of the intervention of a well-placed older friend named Robbie Ross (Simon Russell Beale). His pacifism is classed as a psychological disorder, and he is distributed to Craiglockhart War Hospital in Scotland, where he discloses his homosexuality to a sympathetic doctor (Ben Daniels) and befriends Wilfred Owen (Matthew Tennyson), a younger poet who will likely be killed in motion a short while before the Armistice.

Sassoon’s subsequent social and romantic activities occupy much of the second half of “Benediction,” which suggests that his writing fades into the background. The portrait of an anguished artist becomes a somewhat familiar tableau of Britain between the wars, with Shiny Young Things coming and going and speaking in beautifully turned, terribly cruel phrases. (“That was perhaps a bit too acerbic,” Sassoon is told by the victim of one among his barbs. “Mordant could be a more accurate word,” Sassoon replies.) Winston Churchill is mentioned as a chap one knows. Edith Sitwell, Lady Ottoline Morrell and T.E. Lawrence all make temporary appearances.

Davies provides an unhurried tour of the privileged, educated gay circles that helped set the tone of the time. I realize that “gay” is a little bit of an anachronism here, but lots of Sassoon’s friends and lovers — including Ross, the composer and matinee idol Ivor Novello (Jeremy Irvine) and the legendary dilettante Stephen Tennant (Calam Lynch) — are conscious of belonging to a practice that entwines sexuality with cultural attitudes and artistic pursuits. Oscar Wilde is invoked each as an idol and, due to his prosecution within the Eighteen Nineties, as a cautionary figure.

Sassoon and his cohort are committed to discretion, irony and the occasional strategic compromise with heterosexuality. Sassoon’s marriage to Hester Gatty (Kate Phillips, after which Gemma Jones) is affectionate and without illusions, producing a son named George (Richard Goulding), who endures the cranky conservatism of his father’s old age.

Sassoon’s complaints about rock ’n’ roll and his conversion to Roman Catholicism feel more like duly noted biographical facts than expressions of character. Even the more intimate passages in “Benediction” — the affairs with Novello and Tennant, and the heartache that follows the top of every one — are more restrained than passionate. Partly, it is a reflection of Sassoon’s own temperament, which he tells the doctor at Craiglockhart is marked by circumspection and detachment. However the film never quite conjures a link between the life and the work.

Apart from a rare pair of scenes involving not Sassoon’s work, but Wilfred Owen’s. Sassoon confesses to looking down on Owen after they first met, for reasons of sophistication in addition to age, but comes to treat him as “the greater poet.” History has mostly upheld this judgment, and Davies brings it home with astonishing force.

Within the hospital, Owen asks Sassoon for his opinion of a poem called “Disabled,” which Sassoon pronounces sensible after reading it silently. The audience won’t hear Owen’s words until the ultimate scene of the film, when the poem’s wrenching account of a young man maimed in battle is impressionistically depicted onscreen. Up until that moment, we’ve thought in regards to the war, heard it rendered in poetry and caught glimpses of its brutality. After which, through the filter of Sassoon’s tormented memory, we feel it.