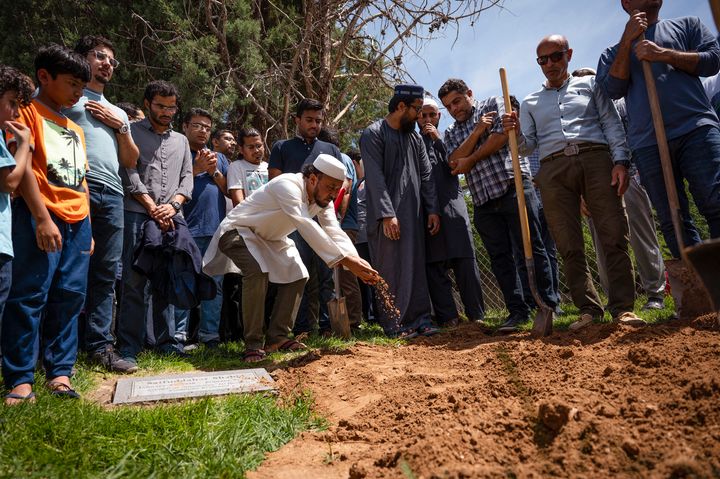 President Joe Biden on Sunday said his administration “stands strongly with the Muslim community” within the wake of the killings of 4 Muslim men in Albuquerque, Latest Mexico, over the past nine months in suspected targeted attacks.

Biden, in a press release posted to Twitter on Sunday, said he’s “angered and saddened by the horrific killings.” He added that “these hateful attacks don’t have any place in America.”

“While we await a full investigation, my prayers are with the victims’ families, and my Administration stands strongly with the Muslim community,” he said.

The president’s comment comes two days after a fourth Muslim man was found dead. Each federal and native authorities have said that they’re still investigating whether this latest death is linked to the three others, while the state’s governor has described all 4 men as “targeted.”

The primary three killings, which took place respectively on Aug. 1, July 26 and Nov. 7, involved the victims being fatally shot in an ambush-style attack, authorities have said.

People sprinkle dirt over the grave of Muhammad Afzaal Hussain, 27, in Albuquerque during a funeral service Friday for him and Aftab Hussein, 41. Each Muslim men were shot and killed near their homes only six days apart.

Details concerning the fourth man’s death haven’t been released as of Sunday afternoon. He has only been described as being in his mid-20s, Muslim and a native from South Asia.

A $20,000 reward has been offered for information into the shootings by the Albuquerque Metro Crime Stoppers.