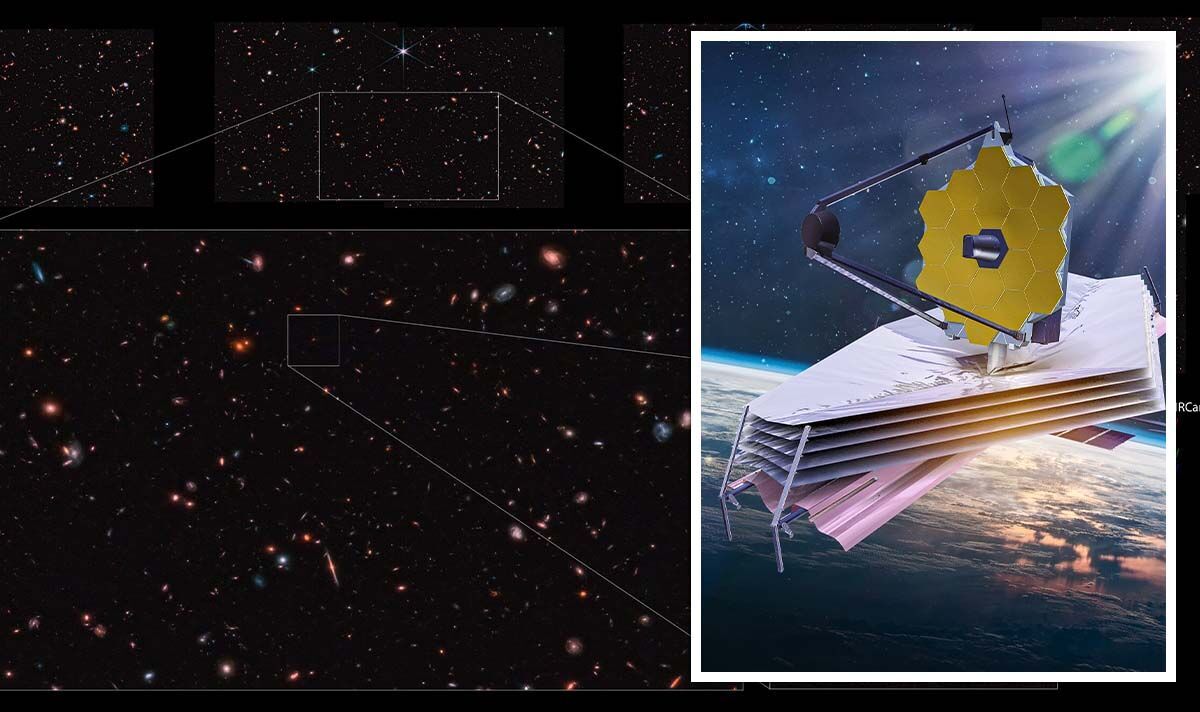 Earlier this 12 months, NASA launched the James Webb Space Telescope, the £8.4billion spiritual successor to the Hubble, offering an unprecedented insight into the universe. Now using that powerful orbiting device, researchers have captured two latest images which show what could also be among the many earliest galaxies ever observed.  These images have captured objects from greater than 13 billion years ago, offering an excellent wider field of view than Webb’s First Deep Field image, which vowed the world when it was first unveiled last month.

The team of researchers spotted one particular object, which they imagine was formed just 290 million years after the Big Bang.

The findings have yet to be peer-reviewed, and are currently published on the preprint server arXiv.

Once confirmed, Maisie’s galaxy can be one in every of the earliest ever observed, which suggests that galaxies began forming within the universe much sooner than astronomers previously thought.

These unprecedented images reveal a number of complex galaxies evolving over time, with some shaped like pinwheels, and others resembling “blobby toddlers”.

The photographs, which took about 24 hours to gather, from a patch of sky near the handle of the Big Dipper, a constellation formally named Ursa Major.

This same section of the sky was observed previously by the Hubble Space Telescope, as seen within the Prolonged Groth Strip.

Prof Finkelstein of The University of Texas at Austin and the principal investigator for the Cosmic Evolution Early Release Science Survey (CEERS) said: “It’s amazing to see a degree of sunshine from Hubble turn into an entire, beautifully shaped galaxy in these latest James Webb images, and other galaxies just pop up out of nowhere.”

The impressive image is definitely a composite mosaic of 690 individual frames that took about 24 hours to gather using the telescope’s major imager, called the Near Infrared Camera (NIRCam)

This latest image covers an area of the sky about eight times as large as Webb’s First Deep Field image, even though it just isn’t quite as deep.

The researchers then used among the strongest supercomputers on this planet, like Stampede2 and Frontera, to stitch the photographs together.

Prof Finkelstein said: “High-performance computing power made it possible to mix myriad images and hold the frames in memory without delay for processing, leading to a single beautiful image.”