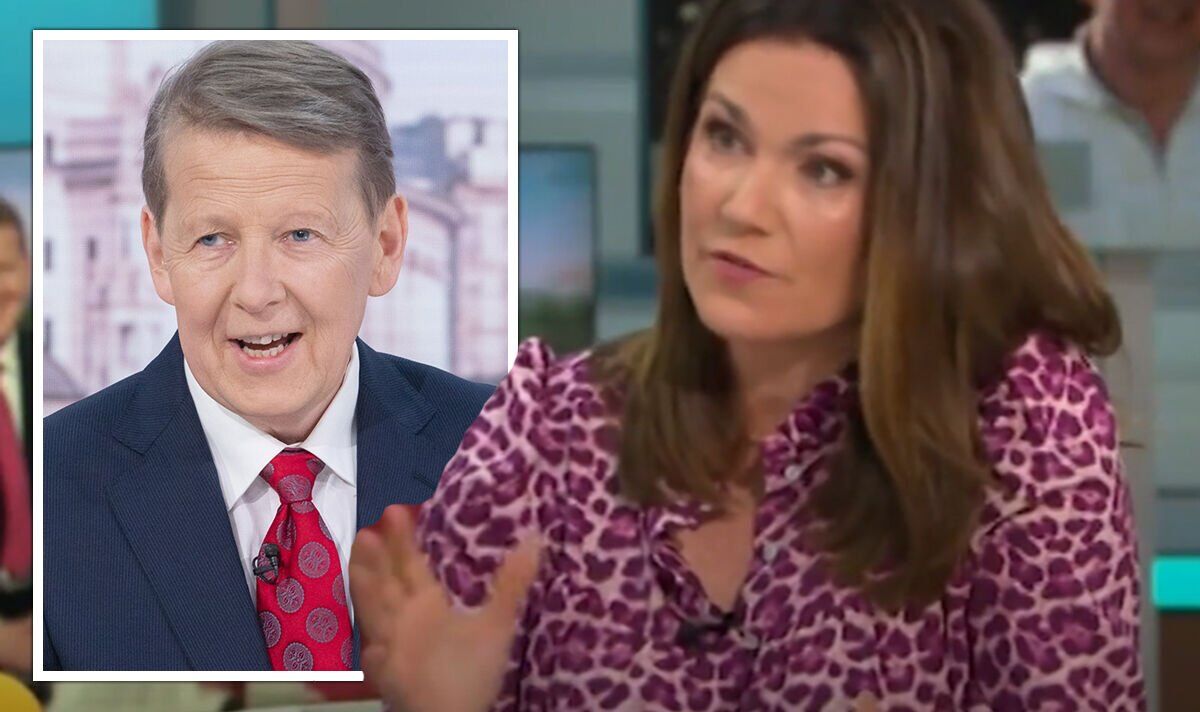 Good Morning Britain welcomed regular host Susanna Reid back onto the show in heartbreaking circumstances on Friday. The presenter was chatting with Ben Shephard and Kate Garraway concerning the late Bill Turnbull, who died aged 66 on August 31. Susanna read a paragraph from Bill just after he received his prostate cancer diagnosis in 2017.

Good Morning Britain viewers were shaken by the news Bill Turnbull had died at his home in Suffolk, following his battle with cancer.

Tributes have been flooding in from the journalist’s friends and colleagues, including his GMB co-presenter, Susanna.

Following his death, Susanna appeared on the show on Friday to pay tribute to Bill and recall some poignant moments in his life.

She said she was shocked by what he had said following his cancer diagnosis, which he made public in March 2018.

Chatting with Ben and Kate on the show, Susanna said: “There is a paragraph, just a few lines that I just desired to read because these really hit home to me once I read them.”

Proceeding to read Bill’s words, Susanna continued: “You will have to be positive, don’t you?

“I do know I’m not going to get cured and I’m realistic concerning the long-term prospects.

“Most significantly, I actually do think I even have had an exquisite life, with amazing experiences as a reporter and a presenter.

“And if it was all to finish tomorrow, I could not have any complaints. I even have had a extremely marvellous time.”

Kate then breathed a sigh as she comprehended his candid response to his diagnosis.

Bill began his profession at a Scottish local radio station in 1978 before joining the BBC in 1986.

He worked on the Today programme and Breakfast Time as a reporter, before becoming a BBC News correspondent in 1990.

The journalist went on to present The One Show and other BBC quiz shows, moving over to Good Morning Britain in 2020.

He presented alongside Susanna in February of that yr, before making a more regular comeback in May 2021.

Tributes from other colleagues, including Louise Minchin and Dan Walker, have been shared on Twitter.

Dan said: “Bill Turnbull was so kind and generous once I took over from him on BBC Breakfast.

“He was filled with sensible advice and it was clear just how loved he was by his colleagues and the audience.

“It was an honour to sit down on his sofa. My thoughts are together with his family and friends.”

Louise shared: “He was an excellent journalist, a stickler for accuracy, obsessed with BBC Breakfast and a fabulously supportive and type team player.”

Good Morning Britain airs on weekdays on ITV from 6am.