‘Bitterbrush’ Review: Alone on the Range 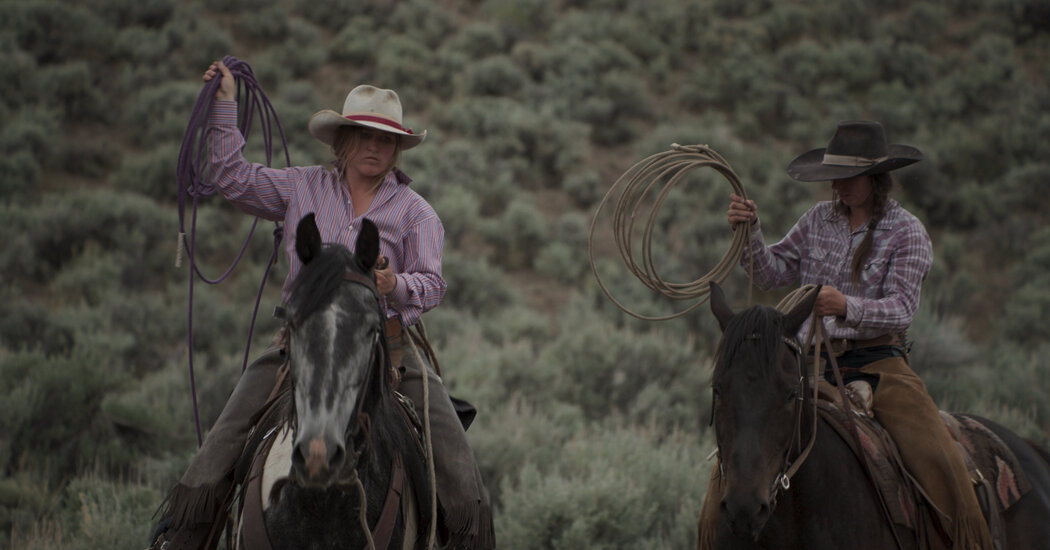 Through countless tales of frontier justice and stoic machismo, the western genre has been an American mythos machine. In “Bitterbrush,” Emelie Mahdavian’s becalmed documentary, the grand vistas and cattle roundups inevitably recall a western or two (not less than to this city slicker). But in following two young women employed as range riders in Idaho, the film presents its own modern-day picture of exertions and camaraderie.

Hollyn Patterson and Colie Moline are essentially freelancers under contract to take care of cattle on the open range. They’re normally the one two humans visible for miles, and their West isn’t a metaphor: It’s a workplace with open skies and rolling hills, and a cabin to bunk down in. Logistics is many of the job — how you can get a whole lot of cows (and the herd dogs that accompany them) from here to there, what tactics to make use of for “starting” a colt (training for the saddle).

Each task takes so long as it takes, and is carried out with easy banter (Hollyn’s humorousness is pleasantly goofy) and mutual care. Challenges are taken in stride without much fuss (nor much fuss about not making a fuss). Some of the emotional moments occurs on the campfire when Colie recalls the hands of her deceased mother — an achingly beautiful scene that nearly takes the film by surprise (and has echoes within the close-ups on each women’s hands as they wrangle wire, a scene or two later).

Scored with Bach, the film nearly resists drama. Hollyn and Colie’s experiences impress not as a spectacle but as a memory of a couple of seasons, with a wistful touch, before each moved on to her next station in life.