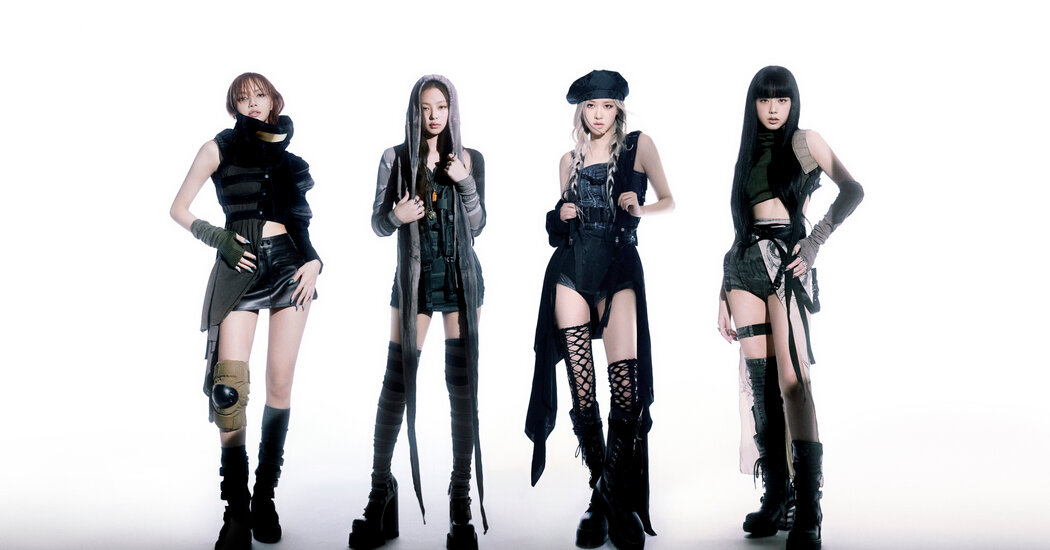 Over the 4 years resulting in its 2020 debut album, Blackpink — Jennie, Jisoo, Lisa, Rosé — became one in every of K-pop’s biggest global success stories: musically modern, engaged with pop from around the globe, versatile. The primary single from the group’s upcoming second album, “Born Pink” (due next month) has the comfort of anarchy.  Every 4 bars, a latest approach enters — familiar K-pop elasticity, loose Middle Eastern themes, gaudy rock, West Coast rap, and more. It exists out where maximalism moves past philosophy to aesthetic. JON CARAMANICA

The remixes on Madonna’s “Finally Enough Love: 50 Number Ones,” out Friday, throb, zigzag and shimmer, highlighting the pop superstar’s deep connection to the dance floor — starting along with her 1983 single “Holiday” and wrapping with “I Don’t Search I Find,” the wonderful house standout on her most up-to-date studio album, “Madame X” (its lyrics give the gathering its name). As a full body of labor, Madonna’s 2005 LP “Confessions on a Dance Floor” represents her most potent love letter to the shape, and the Jacques Lu Cont Vocal Edit remix of its “Get Together,” available digitally for the primary time, is a refreshing break from the (still great!) 4 a.m.-at-the-club pound that marks a lot of the set. Replacing its oozing synths with a snaking guitar riff, the track rides nearly like an indie-rock song that eventually glitches out and finds a way home again. CARYN GANZ

This garble of characters is an alias of the modern electronic music producer Kieran Hebden (also often known as 4 Tet). His fleet and cheeky latest song is indebted to sensual garage and boisterous house. CARAMANICA

Zedd, Maren Morris and Beauz ‘Made You Say’

Like Zedd and Maren Morris’s previous collaboration, the unavoidable pop smash “The Middle,” “Make You Say” is the expertly engineered product of a complete cadre of collaborators: This time around, that features co-writing credits from the sibling D.J. duo Beauz and the thirst trap aficionado Charlie Puth. All throughout, Morris hopscotches nimbly across Zedd’s syncopated arrangement and sing-songy melody, however the song is at its best when it really lets her rip, contrasting the grainy texture of her voice with the sleek surfaces of Zedd’s production. “You bought your arms round her whenever you sleep,” she belts with alluring sass, “but I’m the one you dream about.” LINDSAY ZOLADZ

An industrial post-reggaeton thumper concerning the sweat on the intersection of cash and sex. CARAMANICA

The ever-evolving Chloe Moriondo — a young musician who principally got here of age on her YouTube channel — makes an exhilarating pivot to hyperpop on “Fruity,” the primary single from her forthcoming album, “Suckerpunch.” The song begins with Moriondo singing in her signature, sweetly muttered register atop some vivid, pulsating synths, but because it builds in intensity her vocals turn out to be increasingly urgent and begin to warp like melting plastic. “So close I can almost taste,” she sings of a “fresh and fruity” crush who she compares to an entire litany of sugary treats, constructing toward a chorus that’s deliciously hysterical and relentlessly catchy. ZOLADZ

It seems that Pony, the tuneful grunge-pop band from Toronto, is sort of aptly named: Earlier this yr, the vocalist and guitarist Sam Bielanski announced a latest gig: voicing a personality in a “My Little Pony” cartoon. The charismatic pull of Bielanski’s vocals are on full display on the group’s latest, ’90s-alt-rock-nodding single “Peach,” a bittersweet tale of affection bombing and, eventually, cold clarity. “Picturing the salt of the beach,” Bielanski sings on the chorus, as a form of private reminder, “’Cause I don’t wanna drown within the taste of this peach.” ZOLADZ

A sashaying splash of early ’90s power-country revivalism from Blake Shelton, a superstar who’s traversed many styles with ease in his profession, but never quite owned one. Here he’s reviving a once-rowdy sound and nodding to Brooks & Dunn (“Don’t wanna scoot the boots with no one”) — a convincing mimic, as ever. CARAMANICA

“Occur,” from the Brooklyn-based indie musician Nick Hakim, is a hypnotic, woozily romantic ballad that nonetheless incorporates flashes of melancholic darkness: The muted, sludgy acoustic guitar conjures Elliott Smith, while the close-miked, near-whispered vocals are faintly paying homage to the softer side of the Deftones. That overcast sound, though, balances out the openhearted nature of Hakim’s lyrics, that are almost devotional of their description of a transformative love. “The sweetest angel fell into my world,” he sings. “She gives me reason, was lost for a rattling very long time.” ZOLADZ