Blake Hounshell, ‘On Politics’ Editor at The Times, Dies at 44 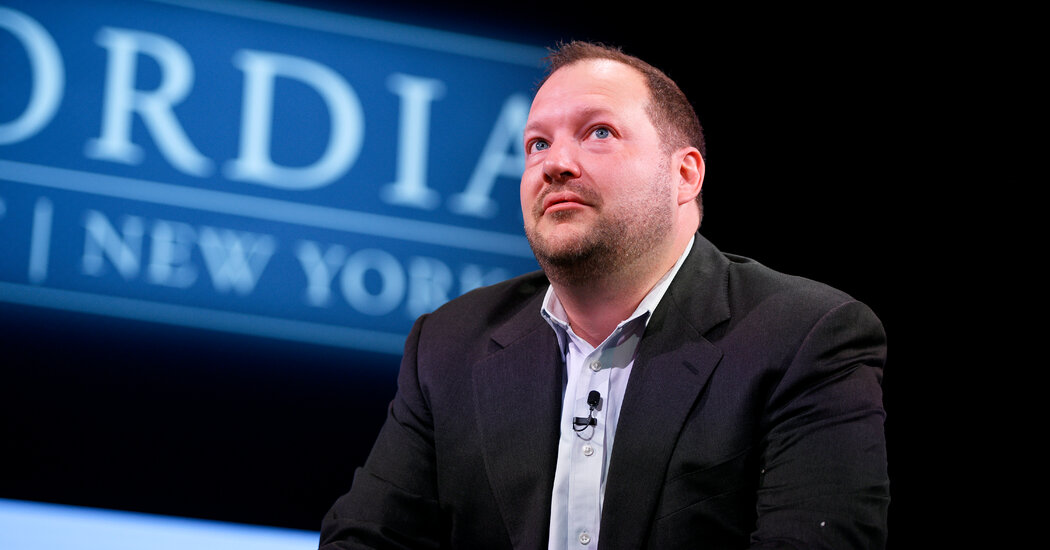 Blake Hounshell, an influential political journalist who was managing editor of Foreign Policy magazine and a top editor at Politico before joining The Latest York Times and overseeing its popular newsletter “On Politics,” died on Tuesday in Washington. He was 44.

His family said in an announcement that he had died “after an extended and courageous battle with depression.” The police in Washington were investigating the death as a suicide, a police official said.

Mr. Hounshell, who joined The Times in 2021, wrote “On Politics” out of Washington, incorporating contributions from other Times correspondents. The newsletter appears five days per week and is recurrently read by an estimated half-million paying subscribers.

Mr. Hounshell “quickly distinguished himself as our lead politics newsletter author and a gifted observer of our country’s political scene,” Joseph Kahn, the Times’s executive editor, said in a memo to the staff, adding, “He became an indispensable and all the time insightful voice within the report during a busy election cycle.”

Mr. Hounshell’s last “On Politics” newsletter, specializing in the conundrum facing Gov. Gavin Newsom of California over the state’s capital punishment policies, was published on Monday. On Friday he wrote in regards to the Republican Party’s difficulties in attracting young voters.

“For months before the 2022 midterm elections, Democrats fretted that younger voters might fall into old habits and stay home,” Mr. Hounshell wrote. “The evaluation continues to be slightly hazy, but as more data is available in, it looks as if enough young people showed up in lots of key states to play a decisive role.

“And now,” he added, “some Republicans are warning that their party’s poor standing with millennial and Gen-Z voters could turn out to be an existential threat. But there’s no consensus about how much, if in any respect, Republicans’ message needs to alter.”

Born on Sept. 4, 1978, in California, Bernard Blakeman Hounshell was raised in Delaware and Pittsburgh. He graduated from Yale University with a bachelor’s degree in political science in 2002. He began his journalism profession after studying Arabic in Cairo.

In 2011, he was a finalist for the Livingston Awards for Young Journalists, given by the Wallace House Center for Journalists on the University of Michigan, for his reporting on the Arab Spring uprisings of the early 2010s.

In his time as managing editor of Foreign Policy, from 2009 to 2013, the magazine won three National Magazine Awards as he transformed the publication for the web era.

At Politico, where he worked for eight years before joining The Times, he was digital editorial director, managing editor for Washington and political news, managing editor, and editor in chief of the web site’s magazine, which he had initiated.

He had been launching, writing and editing newsletters and blogs for 15 years since 2006, when he joined Foreign Policy.

David Halbfinger, The Times’s politics editor, said on Tuesday that Mr. Hounshell was endowed with “the form of wide-ranging intellect that made it possible for him to clarify anything to anyone.”

He’s survived by his wife, Sandy Choi, and two children, David and Astrid. He lived in northwest Washington.

For those who are having thoughts of suicide, call or text 988 to succeed in the National Suicide Prevention Lifeline or go to SpeakingOfSuicide.com/resources for an inventory of additional resources.