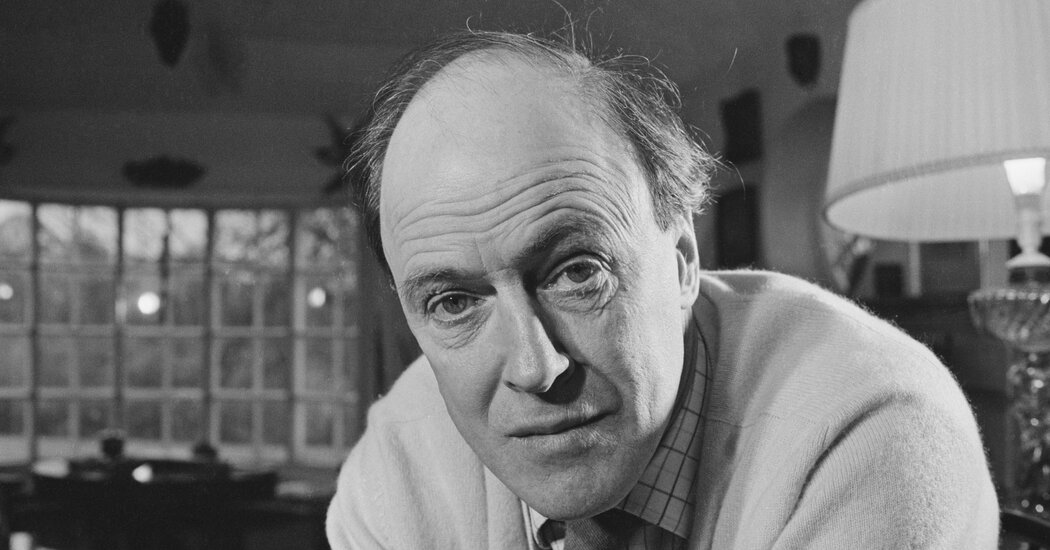 ROALD DAHL, TELLER OF THE UNEXPECTED: A Biography, by Matthew Dennison

Many young readers who love the prodigious oeuvre of Roald Dahl can nonetheless cite a minimum of one thing inside it that offers them the ick. For me it was Mr. Twit’s beard in “The Twits” (1980), so ungroomed it would contain “a bit of maggoty green cheese or a mouldy old cornflake and even the slimy tail of a tinned sardine.” When millennial men in Brooklyn began growing big, bushy beards, my inner child dived under the table in horror.

The ickiest thing concerning the lifetime of Dahl, who died in 1990, was his well-documented antisemitism, capped by a 1983 comment about Jews to The Latest Statesman, during which he declared that “even a stinker like Hitler didn’t just pick on them for no reason.” (That it’s custom for observant Jewish men to wear beards makes me much more uneasy concerning the demonized Mr. Twit.) The Dahl estate has posted an apology for his behavior on its website — linked discreetly under a Quentin Blake illustration of the writer in a pink cardigan, looking beneficent and cuddly.

Looking back, there have been loads of other oh-no-he-didn’t moments within the literature. The Oompa-Loompas of “Charlie and the Chocolate Factory” were originally African pygmies — Dahl called the actors who played them wearing orange makeup and green wigs within the 1971 movie “dirty old dwarfs.” And a rapey 1965 story for Playboy, “Bitch,” transformed its adult male protagonist right into a “gigantic perpendicular penis, seven feet tall and as handsome as they arrive,” as if James and his famous peach had grown up and gone horribly unsuitable.

But none of that is lingered on in Matthew Dennison’s elegant but somewhat glancing latest biography of Dahl, subtitled “Teller of the Unexpected.” His subject has sold more books around the globe than is feasible to count. Netflix bought The Roald Dahl Story Co. in 2021 for a reported $1 billion; “Matilda” alone is movie, musical and multiple memes. Roald Dahl — not mere writer but high-yielding content farm — may simply be too big to cancel.

His own story has already inspired two major biographies, from which Dennison draws: one authorized, by Donald Sturrock, who also edited Dahl’s letters to his beloved mother, Sofie Magdalene; one not, by Jeremy Treglown. All of those accounts stand as needed supplements to Dahl’s lyrical but selectively truthful autobiographical writing; Dennison notes his tendency toward “mythomania.” He figured unfavorably in “As I Am,” the memoir by his first wife, the actress Patricia Neal, whom he nursed aggressively (some would say sadistically) back to health after a stroke after which left for his or her friend, Felicity “Liccy” Crosland; and in a roman à clef by their daughter, Tessa. The primary Mr. and Mrs. Dahl were rendered in softer focus mourning the death from measles encephalitis of Tessa’s older sister, at only 7, within the recent movie “To Olivia.”

As Dennison reminds us, Roald — born in Wales, of Norwegian parentage — also lost a sister when she was 7, to appendicitis, and his father soon after. Backing into writing after a stint on the Asiatic Petroleum Company, his macabre voice and flights into fantasy were clearly engendered by brushes with death and violence.

He had been caned at boarding school and, enlisting within the Royal Air Force, was burned and maimed when his Gloster Gladiator plane crashed within the Egyptian desert. After his baby son Theo’s skull was crushed after a taxi hit his pram, Dahl developed a cerebral shunt with a pediatric neurosurgeon and toymaker, just like the Wonka figure he was concurrently creating on the page. Then got here Neal’s medical crisis, while pregnant with their fifth child, Lucy, and her rehabilitation, reenacted in a memorable 1981 TV movie, during which she was played by Glenda Jackson, and Roald by Dirk Bogarde. (Exploring Dahl’s personal and skilled entanglements, you’ll tumble down an IMDB hole deeper than the giants’ in “The BFG.”)

The writer of previous books on Beatrix Potter and Kenneth Grahame, Dennison recaps most of those extraordinary events without fuss, riffling fastidiously through letters, diaries and other volumes, from the looks of his endnotes, but conducting no fresh interviews; there are not any latest revelations that I can discern, but as an alternative refined interpretation. From the Dahl legacy, chocolate and bile and personality sloshing messily in all directions, he molds a digestive biscuit.

“Teller of the Unexpected” is possibly best capturing its 6-foot-5-plus subject as a swashbuckler: zooming around school grounds on a motorbike or parachuting metaphorically into power centers like Washington, D.C., or Hollywood, where Dahl was courted by Walt Disney himself to develop a movie about gremlins — devilish creatures with horns and long tails blamed for R.A.F. mishaps. (Gremlins would go on to look in plenty of films, including a 1983 “Twilight Zone” sequence starring the Dahl look-alike John Lithgow, but this might not grow to be one in all the author’s many lucrative franchises.) Encouraged early in his profession by C.S. Forester and Hemingway, he was notoriously abrasive to his editors and had affairs with older and married women, complaining to a friend of Clare Boothe Luce’s voracious sexual appetite.

In Dennison’s telling, Dahl’s contradictions are beautifully illustrated but not particularly interrogated: He’s here charitable but cruel; conceited and desperate for acclaim; a self-declared man of motion whose livelihood was language. He was an aesthete who cared deeply about his surroundings, early on collecting birds’ eggs in drawers lined with pink cotton wool and growing up to understand the finer things: painting, wine, the nice composers. Long before it was fashionable, he made himself a person cave, a “writing hut” steps from his family cottage, whose name, Gipsy House, also offends 2023 ears.

And I feel he would have liked Dennison’s writing style, lush but clipped, with such phrases as “the ubiquity of caprice” and “buoyant with slang,” stuffed with a reader’s zest. This isn’t a potted biography, nevertheless it is a politely pruned one, idealism washing over the ick.