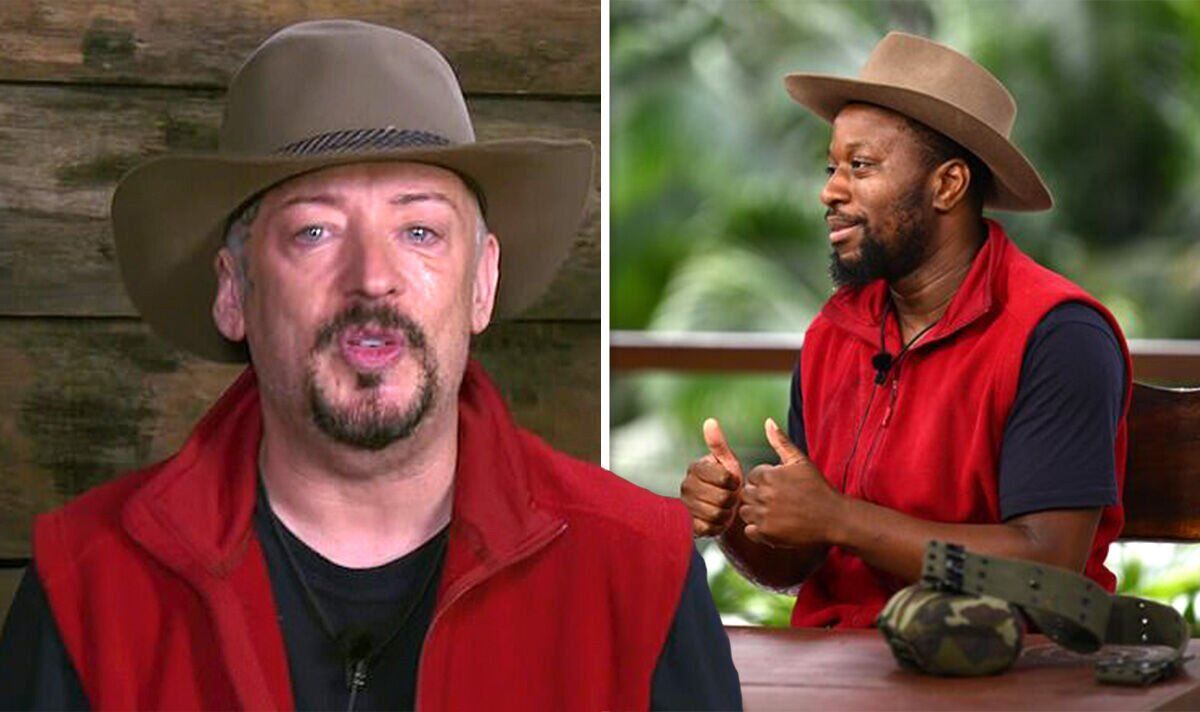 Babatúndé Aléshé became the most recent famous face to be eliminated from the jungle on ITV show I’m A Celebrity… Get Me Out Of Here! and was reunited together with his family members yesterday evening. Meanwhile, Culture Club singer Boy George, 61, was the one celebrity not seen greeting his co-star at the posh Marriott hotel in Australia.

Babatúndé was greeted by a sea of smiling faces today as he arrived on the hotel following his elimination from I’m A Celeb last night.

Nevertheless, one former campmate was notably absent from his homecoming snaps, which led to reports claiming that he had snubbed his former campmate.

Comedian Babatúndé was welcomed by the likes of other former campmates Charlene White, Scarlette Douglas, and Sue Cleaver.

He even got a hug from Matt Hancock’s girlfriend Gina Coladangelo, but Boy George was nowhere to be seen.

In accordance with MailOnline, an onlooker said: “George was the one celebrity to not greet Baba after he was voted out of the jungle on Thursday morning, local time.

“It was disappointing because he’s still a component of the solid and was an enormous character in camp, it didn’t go unnoticed that he wasn’t there.

“Everyone else is in a position to be a superb sport but he just seems to have washed his hands with it now.”

Nevertheless, a representative for Boy George has strongly denied this claim, telling Express.co.uk that the reports were “absolutely unfaithful”.

“George met Baba at the tip of the bridge then had to return to do his makeup for the master interview so needed to fulfil commitments for itv,” the rep explained further.

A source from ITV also denied the story within the strongest terms, saying: “This story isn’t true.”

“This morning BG was back within the jungle filming for IAC official activity (Insta/Twitter etc) – whilst there he filmed being reunited with Baba on the bridge (which was for Coming Out).

“When BG got back to the hotel he needed to go straight into further Coming Out filming so couldn’t be out within the hotel foyer.

“But he didn’t miss seeing Baba as he’d already filmed with him an hour or so earlier,” the source clarified. “BG didn’t snub Baba.”

The publication also included a comment from a source near Boy George on the time, confirming that he hadn’t intended to forgo seeing the comedian’s homecoming.

“He was busy filming social media content for the show that they require and was following their schedule,” the source told them.

“He was then rushed into makeup ahead of doing an interview, he didn’t purposefully miss Baba’s return.”