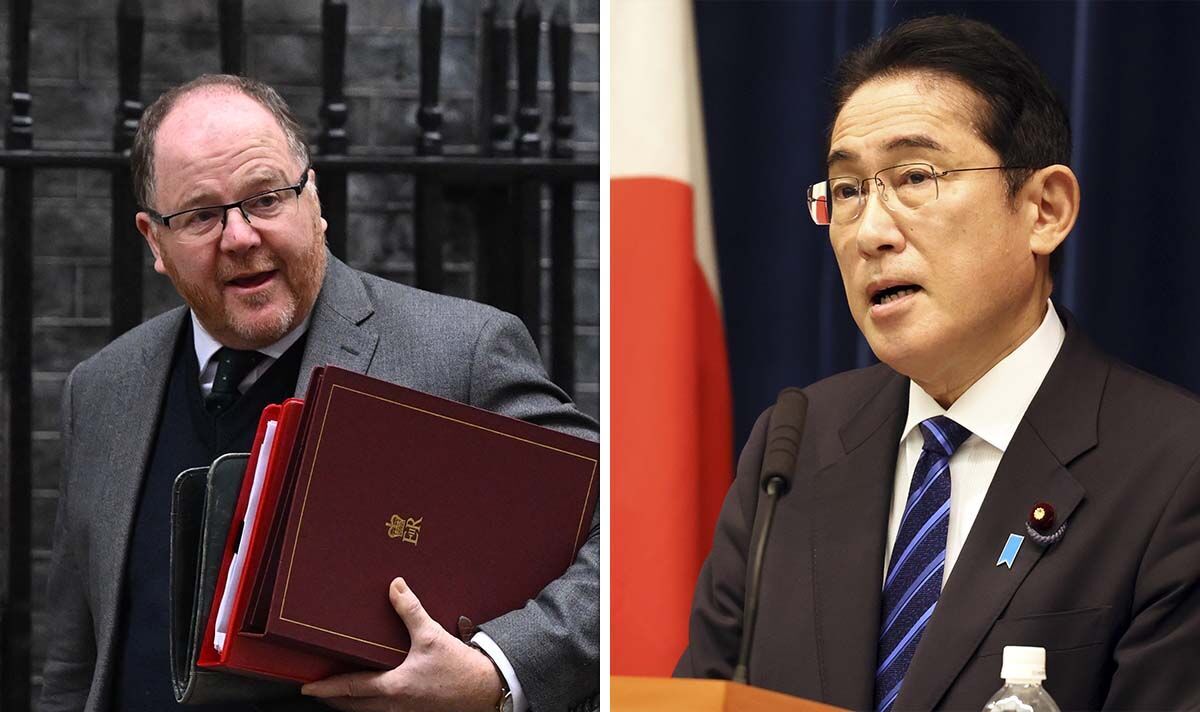 Following a visit to Japan, UK Science Minister George Freeman has announced that the UK will launch a worldwide research fund to deepen scientific collaboration between international research partners. The brand new International Science Partnerships Fund has been handed an initial £119million in support of UK researchers collaborating with scientists in Japan and all over the world. This fund brings Britain closer to enacting its “Plan B”, after the country was blocked by EU from a significant £80billion flagship research programme. Despite having negotiated its entry into the EU’s Horizon Europe programme, disputes over the Brexit deal has meant that the UK has continued to be blocked from participating.

While this £80billion science programme that might have let UK researchers access prestigious EU grants and collaborate with European scientists on a spread of projects, has not yet come to fruition.

While the Government has continued to push for its reentry into the programme, it’s also trying to secure a backup plan, particularly by increasing collaboration with non EU countries like Australia, Switzerland, and now Japan.

While in Tokyo, Mr Freeman unveiled the primary phase of the brand new International Science Partnerships Fund (ISPF), which can support and fund UK scientists and innovators to work with peers all over the world on a few of the most pressing issues facing the world.

In a keynote speech to scientists, investors, industrialists and global research leaders, he laid down the UK’s plans to take a more global approach to science, innovation and business.

This approach would involve collaborating with partners the world over to “each drive innovation, investment and prosperity within the UK, while also strengthening the UK’s leadership in tackling the large global challenges facing the globe.”

Mr Freeman said: “The UK has a well-earned popularity for world-class science and research, and a particularly vibrant start-up enterprise sector.

“But being a Science Superpower means ensuring we don’t just win prizes but put money into the appliance of science for global good: collaborating more deeply with other leading nations to tackle the urgent global challenges facing our planet. This Fund will help the UK deepen our global research network in Japan and beyond tackling a few of humanity’s biggest challenges.”

READ MORE: UK eyes science cope with Japan because it remains to be blocked from EU scheme

This cope with Japan follows a Memorandum of Understanding on Science with European science powerhouse Switzerland earlier this yr.

The Department for Business, Energy, and Industrial Strategy, while this partnership just isn’t aimed as a substitute to the UK collaborations with the EU, “the Government cannot wait without end to speculate through association.”

They added that the Government’s top priority was to speculate within the “UK’s world-leading R&D sector and facilitate their collaborations with international counterparts.

“It’s disappointing that while the Government continues to deal with strengthening the UK’s international links and collaborations globally, the EU’s persistent delays to the UK’s association to Horizon is damaging collaboration with European partners.”

“Research and Innovation know no boundaries nor do the multiple challenges we face from pandemics to conflict, climate change to economic shocks.

“International collaboration is integral to making sure the UK harnesses the extraordinary potential of research and innovation to counterpoint and improve the lives of individuals living within the UK and all over the world.

“Having a selected fund to enable international collaboration will help the UK achieve this vision. UKRI will help to deliver ISPF bringing advantages for the UK research and innovation sector and our international partners.”