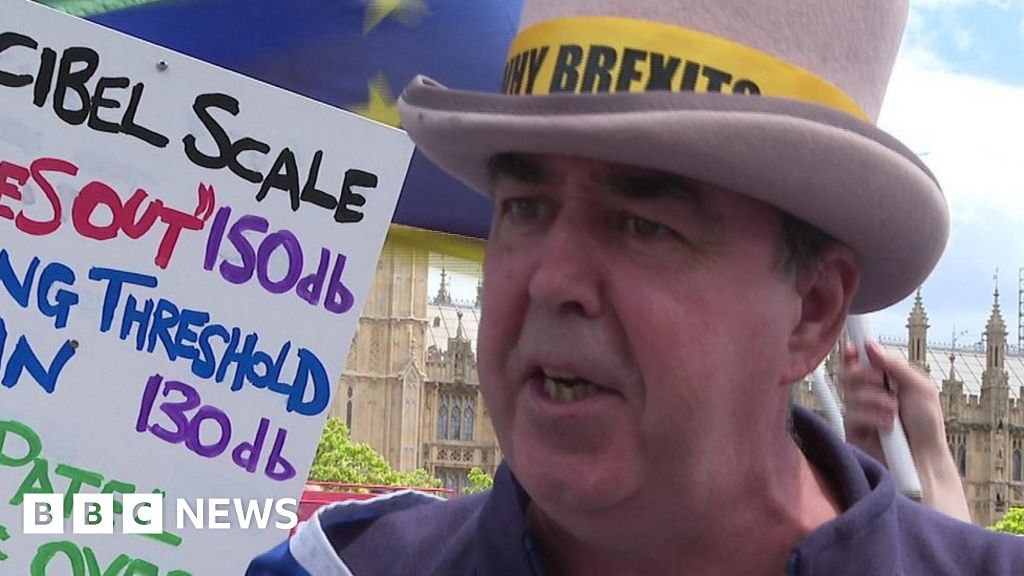 Brexit protester Steve Bray has reacted to police removing his amplifies after his noisy protest outside Parliament.

Officers reminded him of the Police, Crime, Sentencing and Courts Act, which got here into effect on Tuesday, with maps showing where he could and will not make a loud protest.

However the anti-Brexiteer, who has been seen and heard within the background of many TV broadcasts lately, vowed he would carry on, despite the “North Korean” law.

And not using a loudspeaker for once, he told the BBC: “Should you cannot be seen and you possibly can’t be heard, what is the point of the protest?”