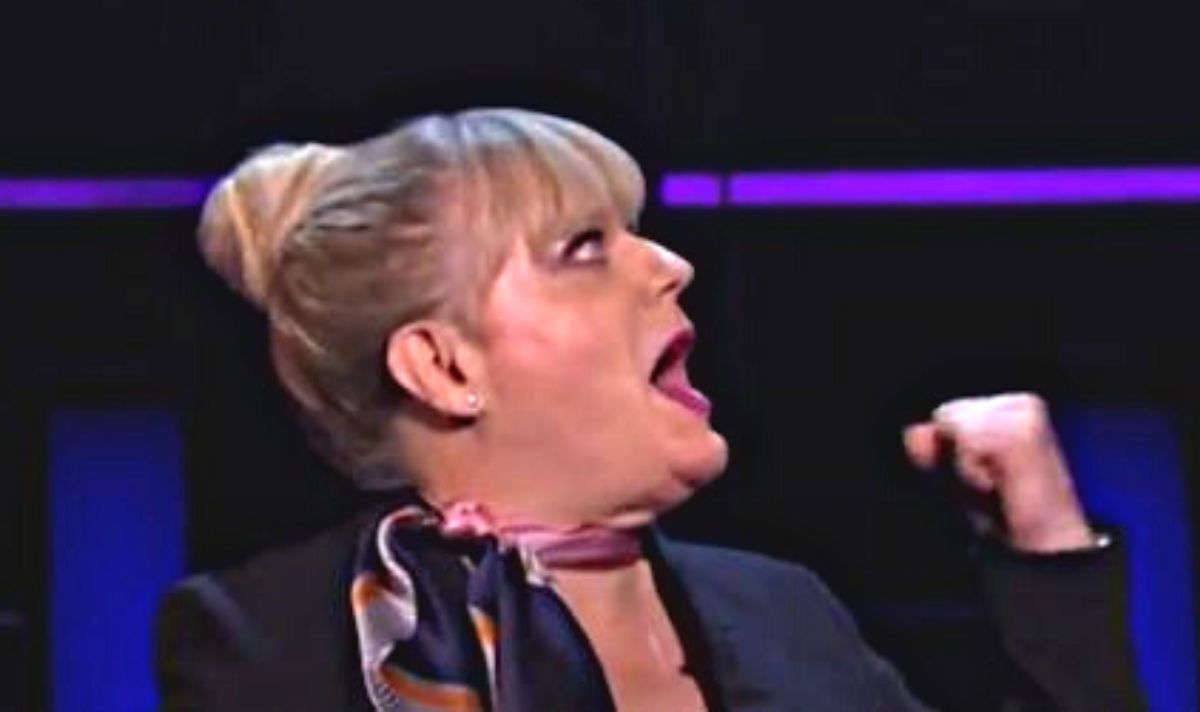 The comedian, actor and author joined Who Desires to Be a Millionaire? host Jeremy Clarkson on Friday for a special of the ITV quiz show, which was raising money for Soccer Aid. During one round, the 60-year-old asked to make use of the 50/50 lifeline option, just for the pc to depart behind the 2 answers she was torn between. Because the answers were removed, Eddie yelled: “B******s!”

The moment got here early on within the show when the comedian was unsure whether or not to make use of a lifeline.

Jeremy had asked: “Which constructing material is made by mixing broken stone or gravel with cement and water?”

The choices were fibreglass, concrete, plywood and MDF – and Eddie couldn’t resolve.

Weighing up the choices, Eddie was stuck between concrete and MDF.

“Well, it’s B, concrete, final answer. And I hate you if I’m unsuitable.”

Eddie went on to secure £125,000 for UNICEF after finding herself too unsure over an issue and never wanting to risk losing money.

Jeremy had asked: “Paradise Lost by John Milton features in each the unique epigraph and the plot of which of those novels?”

Explaining that she doesn’t read because she’s dyslexic, Eddie decided to maintain the cash.

When the choice was made, Jeremy asked what Eddie would have chosen had the sport continued.

Eddie replied: “Frankenstein,” which frustratingly would have been the right answer.

Nevertheless, Eddie was delighted to have raised £125,000 for the charity.

Who Desires to Be a Millionaire? is out there to look at on ITV Hub.