BTS’s ‘Proof’ Is No. 1 because the K-Pop Group Takes a Break 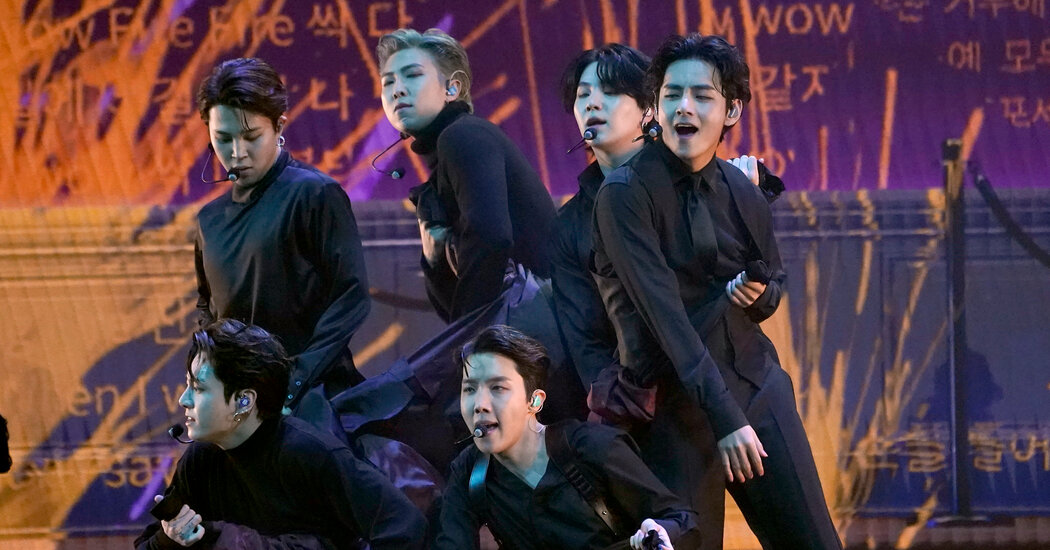 On June 10, the K-pop powerhouse BTS released a three-disc compilation album, “Proof.” It was sure to be successful, and this week it opens at No. 1 on the Billboard 200 album chart, with the equivalent of 314,000 sales in the US, in keeping with the tracking service Luminate.

But BTS’s importance to Hybe, the South Korean entertainment company behind the group, was underscored when BTS announced 4 days later that it was taking a break to let its seven members concentrate on solo projects. The subsequent day, Hybe’s stock price dropped 28 percent, trimming $1.7 billion market value from the corporate; since then the share price has improved only barely.

BTS accounts for nearly a 3rd of Hybe’s sales in the US, in keeping with company disclosures, and as recently as 2020, nearly 90 percent of Hybe’s revenues were related to BTS and its music. (That was before Hybe bought Ithaca Holdings, the corporate led by the American music executive Scooter Braun, the manager of Justin Bieber and Ariana Grande, in a deal that was reported be price as much as $1 billion.)

But BTS’s impact will not be limited to its management company’s account books. This month, the group spoke on the White House against anti-Asian hate crimes, and was hosted by President Biden within the Oval Office. Fans worldwide, who act as indomitable cheerleaders under the collective name Army, swarmed social media to commiserate and discuss the announcement.

The success of “Proof” followed a marketing playbook that has change into standard for K-pop groups, with fans rushing to purchase collectible releases in physical formats. Of the 314,000 “equivalent” sales for the album — a figure that comes with physical sales, downloads and streams — 259,000 were for CD versions sold for as high as $70. The 48-track CD iteration includes 13 songs not available for streaming or download. Along with the CD sales, the album sold 6,500 copies as digital downloads and had 53 million streams. It’s the group’s sixth album to top the Billboard chart.

Also this week, Bad Bunny’s “Un Verano Sin Ti” falls to No. 2 and Harry Styles’s “Harry’s House” is No. 3. Post Malone’s recent “Twelve Carat Toothache” drops two spots to No. 4 in its second week out, and Future’s “I Never Liked You” is No. 5.

Next week, Drake’s surprise recent LP, “Truthfully, Nevermind,” released on Friday, is more likely to open at No. 1.